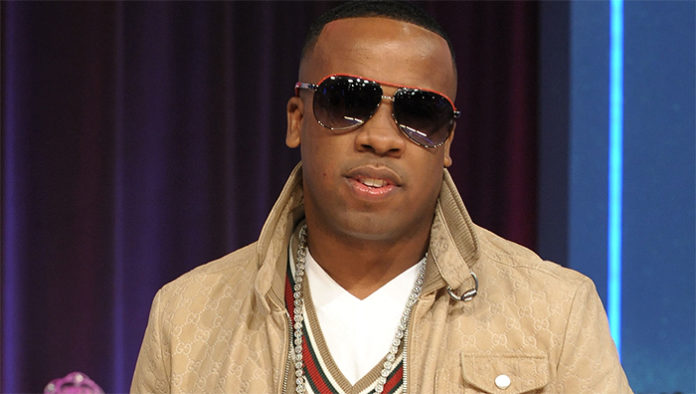 Mario Mims- better known as Yo Gotti, broke into the rap scene with the release of his studio album, Life in 2003. Born in the country’s musical capital of Tennessee, he started rapping at the age of fourteen, having affiliated himself with DJ Sound and his group. Eventually deciding to put forth some records of his own, he released a series of independent albums in the early 2000’s including From Da Dope Game 2 Da Rap Game (2000), and Self Explanatory (2001). By the late 2000’s, the aspiring rapper had signed a recording deal with TNT Records and had dropped his major-label debut, Life (2003).

From a small town rapper to a nationally recognized artist- he has successfully turned himself into a multi-millionaire through his music.

Let’s take a look at how he has earned his mountain of wealth.

How did Yo Gotti Make His Money and Wealth? 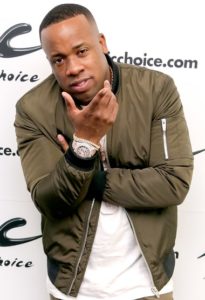 Born on May 19, 1981 in Memphis, Tennessee, Yo Gotti (Birth Name: Yo Gotti) grew up in the North Memphis community of Frayser. Fuelled by his love for hip hop music, he started to rap at the age of fourteen- it was then that he adopted his current stage name. Affiliating himself with a local deejay, he spent his teen years honing his craft. It wasn’t until the late 90’s that he decided to record and release his own music albums.

At the age of fifteen, Yo Gotti dropped his first independent album entitled, Youngsta’s on a Come Up (1999). He later followed up with From da Dope Game 2 da Rap Game in 2000, and Self Explanatory in 2001. After getting his feet wet in the scene, he signed with TVT in 2002 and released his major label debut, Life in the summer of 2003. His first album to climb onto the US music charts, it managed to reach number fifty nine on the US Top R&B and Hip Hop Albums Chart. Although it didn’t fly off store shelves by any means, Life put him one step closer to realizing his dream of becoming a professional rapper.

Continuing to walk toward stardom, Yo Gotti released his next studio album, Back 2 da Basics in the summer of 2006- after a three year long break. Much more successful than his debut release, it found its way onto three different US Charts; it reached number eighty-four on the US Billboard Top 200, number six on the Top R&B and Hip Hop Albums Chart and number three on the Top Rap Albums Chart. A big achievement for the artist, it ended up selling a few thousand copies within the United States, which would have turned into a hefty amount for the rising star.

Following another prolonged hiatus, the Tennessee-native released his next studio album entitled, Live from the Kitchen after switching to RCA Records. Made available in the winter of 2012, the album entered the US Billboard Top 200 at number twelve- a considerable leap in ranks compared to its predecessor. Within the first week, it had sold over 16,000 copies domestically. Additionally, Live from the Kitchen also peaked at number four on both the Top R&B and Hip Hop Album Chart and the Top Rap albums Chart. To date, over 72,000 copies of the album have been sold in the US; it is estimated that Yo Gotti earned approximately $75,000 altogether from its record sales. Altogether, it was said that his annual income for 2012 was around $780,000.

Rising in popularity, Yo Gotti dropped another album, I Am in November of 2013. Effectively bringing him another step closer toward stardom, it debuted on the Billboard Top 200 at number seven and sold approximately 48,000 copies within the initial week- making it his best-selling album at the time. By the end of the fourth week, it had sold an additional 40,000 copies. Chart-performance wise, it also managed to peak impressively at number two on both the Top Rap Albums and Top R&B and Hip Hop Albums Charts. As of 2015, I Am has sold over 212,000 copies- this translated to an estimated gross of $200,000 for the rapper. In 2014, the album was also nominated for a BET Hip Hop Award for “Album of the Year.”

For those who may be interested in some numbers, it is said that he took home $1.02 million in 2013 and $1.17 million in 2014. His salary later went up another notch the following year, which brought his 2015 income to approximately $1.3 million. 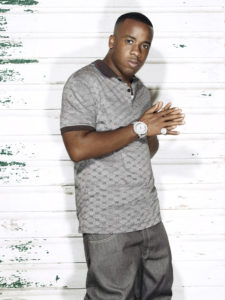 In February of 2016, he released his newest album entitled, The Art of Hustle. Yet another greater success, it entered the US Billboard Top 200 at number four- the highest position that he has ever achieved on the chart. His first chart topper, it also reached the top of both the Top Rap Albums and Top R&B Albums Charts. Sales-wise, The Art of Hustle was said to have sold over 45,000 copies within the first week. Since then, a few hundred thousand copies of the album have been sold- this for sure, earned Yo Gotti another large sum. For one thing, the amount would have been even greater than the $200,000 that his earlier album had brought him.

As well, Yo Gotti has also collaborated with numerous other artists throughout his career such as Diamond, DJ Drama, DJ Kay Slay, Messy Marr, among countless others. In total, he has been featured as a guest artist in over a dozen songs- some of which include Ridiculous by DJ Drama, I Know What She Like by Yung Joc, Don’t Worry ‘Bout It by 50 Cent, Run the Check Up by DJ famous, and Turn Up For a Check by K Camp.

In support of his album releases, Yo Gotti also embarked on a number of concert tours in the 2010’s. For example, it was announced that he would be travelling to perform in various cities around the country in August of 2013 for his I Am Tour (which ran for three months). According to online sources, the rapper can earn upwards of $50,000 per performance. Considering this, it’s not to far fetched to assume that a chunk of his income may have come about from his touring.

Although rap is his main focus, Yo Gotti has also tried his hand out at acing. In 2011, he made his movie debut in the drama film, Video Girl, playing the small role of a local celebrity. Five years later, he also appeared in an episode of Young Hollywood on the Go (2016). Speaking of which, one of his hit songs- Law was also featured in the TV series, Atlanta in 2016; he would have presumably been paid a royalty fee for its use in the show.

In the early 2010’s, Yo Gotti also founded his own record label- the Collective Music Group (CMG); he currently serves as the company’s CEO and president. To date, the label has signed a number of artists including MoneyBagg Yo, Zed Zilla, Black Youngster, Snootie Wild, and Wave Chapelle.

Toward the end of 2016, Ro Gotti also allegedly signed a $3,000,000 deal with Jay Z and his record label, Roc Nation, although the details have not yet been revealed.

Yo Gotti’s Personal Life and FAQ

Is Yo Gotti Married?

Yo Gotti is currently not married. However, many fans have speculated that he’s been in a relationship with reality star, Angela Simmons.

From what we can gather, he was married at one point to Lakeisha Mims, although it’s unclear whether or not the two are still together.

Does Yo Gotti Have Any Children?

Yes, the rapper has three children- a five year old, a ten year old, and an eleven year old (one of whom is a daughter). When asked about how felt about being a father, Yo Gotti replied by saying that “it’s been a blessing”- that he’s been able to “think things out a little more” since he’s “living for somebody else”.

Having said that, the identity of his childrens’ mother has not yet been revealed.

Where Did Yo Gotti Go to College?

After graduating from high school, Yo Gotti’s original plan was to go to Texas Southern University- however he was ultimately not accepted to the college. As an alternative, he enrolled in Southwest Community College as he was told that he’d be able to transfer to TSU after eight semesters.

Balancing his work life with his school live soon proved to be a challenge however, as he was often missing class due to performing out of the city. Before long, he was given an ultimatum- to stay in school or to pursue music; Yo Gotti chose the latter.

Where Does Yo Gotti Live? Picture of Yo Gotti’s House

The rap star currently owns two mansions- one in his hometown of Memphis and another in Hollywood Hills, California; the former is a family home.

According to sources, Yo Gotti purchased the Hollywood Hills home for a whopping $6 million. Although not many people have seen the insides of the villa, word is that it’s a stunning property with a luxurious interior.

What Cars Does Yo Gotti Drive?

A man with an obvious love for cars, his garage is currently home to four luxury vehicles. The last we’ve heard, his collection consisted of a Lambhorgini Adhventor, a Bentley Continental, a Cutlass, and a Rolls Royce Phantom.

Why is He Called Yo Gotti?

It is unknown how exactly his currently stage name came about- but it’s probably a derivation of his old moniker, Lil Yo (which he adopted as a teenager).

It is estimated that Yo Gotti earned $1.4 million last year- mostly from concerts, endorsements, and his record sales.

This past February, the rapper released a brand new music video for his song, Yo Gotti: Lifestyle ft. Lunchmoney Lewis. Not only did he star in the MV, but he was also involved with its writing and production. If you’d like to view the clip, you can do so on his official Youtube channel @Yogottivevo.