Anthony Bourdain Net Worth 2018 – How Rich is He Actually? 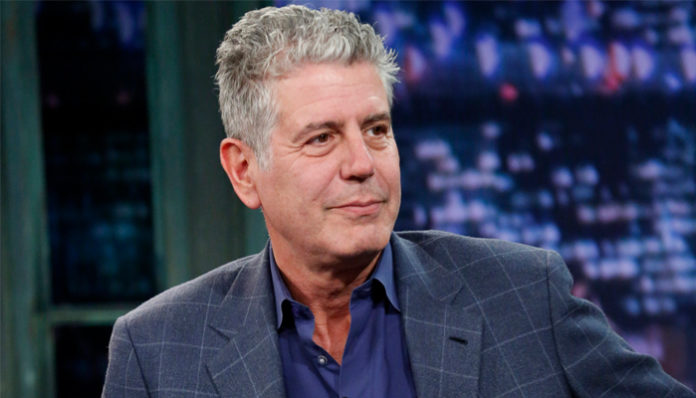 Anthony Bourdain has been regarded as one of the most influential chefs in the country. Raised in New Jersey, he first discovered his passion for food during his youth, while vacationing in France with his family. After dropping out of college, he worked at a local seafood restaurant after which he decided to ultimately pursue a career in the culinary arts. With his goal set, he went on to study at the Culinary Institute of America.

In 2000, he first came to attention after he released the cookbook, Kitchen Confidential: Adventures in the Culinary Underbelly. Since then, he has hosted several TV shows which has brought his fame to a new level. Some of said series include A Cook’s Tour, The Layover, and Anthony Bourdain: No Reservations.

Now an established celebrity chef, his net worth is also unsurprisingly well established- that is, well in the millions.

Where did his fortune come from? We’ll have to take a closer look at his career to answer that question.

How did Anthony Bourdain Make His Money and Wealth? 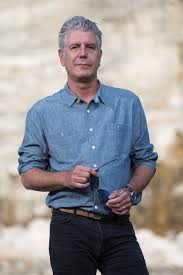 Born on June 25, 1956 in New York City, New York, Anthony Michael Bourdain spent his youth in the suburbs of Leonia, New Jersey. The son of a music executive, he quickly developed an interest in the arts. However, his real passion was for food- something that he first discovered after eating his first oyster on a fisherman’s boat during a vacation in France with his family.

After graduating from high school, he went to Vassar College however ultimately dropped out. At one point in his teens, he also started to use various drugs, which put him on a self-destructive path. Fortunately, he was eventually able to quit his habits. To financially support himself, he started to work at several seafood restaurants in the Massachusetts area- it was during this time that he decided to officially pursue a career in the culinary arts.

Looking to hone his skills in the kitchen, Boudain went to the Culinary Institute of America, from which he eventually graduated from in 1978 at the age of twenty two. Following his graduation, he worked at numerous New York City restaurants including Sullivan’s, Supper Club, and One Fifth Avenue. After many years of hard work, he was promoted to an executive chef at the French brasserie-style restaurant, Brasserie LEs Halles.

In 2000, the chef first came under the attention of the country after he authored and released his first book, Kitchen Confidential: Adventures in the Culinary Underbelly. The follow-up to a previous (now famous) article written by The New Yorker in 1997, it quickly became a best seller, carried by Bourdain’s credibility as a renowned chef.

Two years later, his popularity further exploded after he was given his own food and travel show, A Cook’s Tour on the Food Network. Met with a positive reception, it ultimately ran for a year from 2002 until 2003 for a total of 35 episodes. The start of his career in the media, the show altogether is said to have earned him approximately $620,000.

In 2005, Bourdan presented yet another food and travel show called, Anthony Bourdain: No Reservations. Premiered that July, it saw the chef visiting various countries overseas, where he is treated to the various local cuisine. Another successful venture, one of the episodes- Anthony Bourdan in Beirut later received an Emmy Award nomination for Outstanding Informational Programming. But that’s not all, the show eventually won two Emmys for Outstanding Cinematography for Nonfiction Programming in 2009 and 2011.

The next year, another big opportunity came his way after he was invited to be a guest judge on the second season of the popular culinary competition series, Top Chef. From there, he later made subsequent appearances in season three, and season four multiple times. Considering his qualifications as a world-renowned chef, Bourdan was of course paid handsomely for his participation. How much? Allegedly upward of $970,000.

In 2011, he returned to the Travel Channel with the new show, The Layover, which featured what traveling visitors can eat and do within 48 hours in a city. Premiered on November 21, 2011, it ultimately continued for 20 episodes, coming to an end in the winter of 2013.

The following year, he co-starred in the culinary documentary series, The Mind of a Chef alongside Chef David Chang, which aired on PBS. High-rated and well received, the five-season show went on to win nine Daytime Emmy Awards. A high-earning series for Bourdain, it is said to have brought him well over $1.5 million in revenue.

From there, his next series on the network was Anthony Bourdain: Parts Unknown. Similar to his previous food and travel shows, it featured Bourdain traveling and uncovering the cuisine and cultures of various lesser known places in the world. One of the top-rated shows for many seasons on CNN, it ultimately won five Emmy Awards as well as a Peabody Award in 2013.

Speaking of television, the chef has also worked as a writer and producer in many of his own shows including The Taste, Anthony Bourdan: Parts Unknown, The Mind of a Chef, The Layover, and Kitchen Confidential. Altogether, his miscellaneous TV appearances is said to have earned him well over $500,000. As for his popular travel and food series, they have yielded him more than $5.7 million (aka a large chunk of his current wealth).

At one point, Bourdain also appeared as a cameo in the popular animated series, The Simpsons, where he voiced himself. In 2013, he also voiced chef Lance Casteau in the animated show, Archer.

In the fall of 2011, Bourdain launched his own publishing company, which was first announced by Ecco Press, a subsidiary of HarperCollins; it was later stated that the line would acquire 3-5 titles per year. Some of the books that have since been published include My Food, L.A. Son: My Life, and My City. More recently, the chef revealed that he plans on collaborating with newspaper columnist Marilyn Hagerty on a book title.

As an author himself, the chef has penned many titles including The Nasty Bits, Appetites: A Cook Book, Medium Raw, A Cook’s Tour: In Search of the Perfect Meal, among others. Not only has he written nonfiction, but he has also worked on a handful of fiction books such as Get Jiro!, Gone Bamboo, and Bone in the Throat.

Although he doesn’t own any restaurants himself, he remains a close relationship with Brasserie Les Halles- the same restaurant that he spent many years as an executive chef. In January 2014, Bourdain explained that he served as their “chef at large”.

Even just from various endorsement deals and sponsorships, the New Jersey-native has earned well over $235,000. For example, he has teamed up with Cadillac in the past.

With that, his net worth has also gone up. In 2012, the renowned chef had a fortune of approximately $5.1 million. This number has since gone up to $7.2 million in 2013, and $7.8 million in 2014. Considering this trend, it probably wouldn’t be surprising if it was to continue to increase over the next few years.

He is currently not married, however he has been twice in the past. From 1985 until 2005, he was married to his high school sweetheart, Nancy Putkoski.

In the spring of 2007, he tied the knot with Ottavia Busia, who has appeared in a few episodes of his TV show, No Reservations. Unfortunately, his work on television led him to be away from his family for most of the year which proved to be too great of a strain. They later had an amicable divorce in 2016.

Does Anthony Bourdain Have Any Children?

Yes, Anthony Bourdain has a daughter named Ariane (b. 2007) with his second wife, Ottavia Busia.

Did Anthony Bourdain Go to College?

After graduating from Dwight Englewood High School in 1973, Bourdan continued his education at New York’s Vassar College although he ultimately dropped out after a couple of years. From there, he worked at a few restaurants prior to studying culinary arts at the Culinary Institute of America. 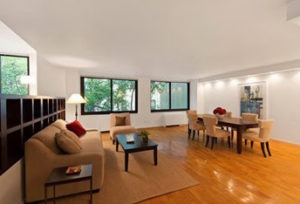 In 2014, the celebrity chef dropped a cool $3.35 million on a street condo in the Upper East Side of Manhattan. Featuring 2,250 square foot of real estate, it includes three full (later converted to four) bathrooms and three bedrooms. Surprisingly enough, the kitchen on the floor plan looked to be quite small!

The post-war condo tower also comes with various full-service amenities such as an attached garage, a communal roof deck, doormen, and cold storage.

What Kind of Car Does Anthony Bourdain Drive?

From what we can gather, the chef currently drives a red Corvette by Chevrolet which is valued at approximately $70,000.

Bourdain sure has come a long way since he was working at a Manhattan seafood restaurant as a teen. Now a world class chef, he has appeared in well over 60 different TV shows and has even crossed over to acting.

Recognized for his contributions and efforts, he has won five Prime time Emmy Awards (e.g. Outstanding Informational Series or Special) from fourteen nominations. In addition to that, he has received a Critic’s Choice TV Award for Best Reality TV Show, a PGA Award, and a Gold World Medal for his television series, Best Nonfiction Series.

In 2008, Bourdan was also inducted into Who’s Who of Food and Beverage in America by the James Beard Foundation.

For his creative efforts, he also received an Honorary CLIO Award in 2010.

This year, the chef will be making an appearance in Matthew Miele’s upcoming documentary film, Last Night at the Carlyle. He will be joined by George Clooney, Wes Anderson, Jeff Goldblum, Woody Allen, and Tommy Lee Jones, among others.

As a producer, he has also been working on a culinary documentary called Wasted! The Story of Food Waste, which will be starring John Morgan. No release date has been announced as of yet.