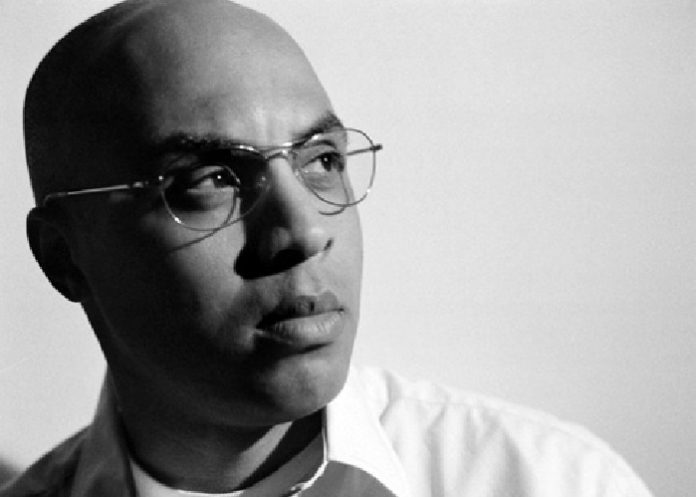 Hype Williams is one of the most prolific and celebrated music video directors of recent times. His dynamic style has been featured by many of the greatest Rap, Hip-hop and R&B artists of the last twenty years and if you’re a fan of any of those genres then you’ve almost certainly enjoyed his work. He’s been a pioneer of using new and innovative effects to create four minute masterpieces for some of the biggest stars of all and his work has gained him respect and admiration from fans and artists alike.

Hype Williams has adopted a number of signature styles throughout his career, from his early use of the fish eye lens effect to his later work involving surreal clashes of color and dynamic cuts. His cinematic and atmospheric videos have upped the music video game and other directors have been heavily influenced by his work. A Hype Williams video always has high impact and usually comes with a high budget too, the hype around Hype’s work has allowed him to name his price when it comes to a new project and as a result of his hard-working and unique visual style he has built up a personal fortune of millions due to his fame and renown within the music industry, but exactly how much is Hype Williams Worth Today? Read on to find out.

How Did Hype Williams Make His Money & Wealth?

Harold ‘Hype’ Williams was born in Queens, New York on July 11th 1970, his parents were of Honduran and African American descent. During his early life he became interested in art and soon found an outlet for his interests through graffiti. Hype was inspired by legendary New-York street artists such as Jean-Michel Basquiat and Keith Haring who had mixed political themes and social activism into their work during the 1970’s and early 80’s as post-punk, hip-hop and graffiti merged into a new style of street art. Hype’s interest in color and new, innovative styles were developed during this time as he began displaying his early artistic efforts on billboards, playgrounds and store-fronts with his tag ‘Hype’, a nickname he picked up due to his hyperactive nature.

Hype attended the Andrew Jackson High School of Art and Music and after graduating from there in 1987 he went on to study at Adelphi University, at the same time he also got his first big opportunity, with his first video production company, Filmmakers With Attitude (FWA) that was set up by Ralph McDaniels, the father of hip-hop videos when old-school was still new. Daniels and Lionel ‘Vid Kid’ Martin took Hype into their Classic Concepts Video Productions business and by 1991 Hype had produced his first video, for the female hip-hop duo BWP (Bytches With Problems) and their track ‘We Want Money’.

In the early 1990’s hip-hop was rapidly increasing in popularity and beginning it’s eventual rise to commercial dominance of mainstream music, but back then it was still a niche genre as regional styles began to mature and develop, and eventually influence each other to create the overall style of rap that become hugely popular a decade or so later. East Coast rappers from New York were showered with critical praise and lucrative contracts due to their quick lyrical adaptability and versatility, but the West coast style of Californian rappers were introducing new elements with their gangsta style funk and slick beats. The genres merged and many different styles emerged from those early days of hip-hop. In an artistic sense, the early 1990’s set the tone for the creative efforts of many of the most popular artists for the next twenty years.

Hype Williams took the hyperactivity that had given him his name and directed that energy into his videos. They were high-impact and sharp, but his extensive experimentation with different video effects gave his work a dream-like quality that brought a unique feel to his work. One of his first signature styles was his use of fish eye lens effects, as can be seen in the video for Busta Rhymes ‘Gimme Some More’. The track was considered by many to be the peak of Busta’s complex and high-speed delivery most prominent during his early career and the video complimented the tunes brilliance perfectly. It used the fish eye effect in fast motion and featured an absurdist style combined with cartoon animation, the video showed Buster and others from the Flip Mode Squad in a series of outrageous situations and costumes before the finale, a tense cliffhanger that was never resolved for the viewer. The track received a Grammy nomination and the video was nominated for MTV’s Breakthrough Music Video of The Year in 1999.

In 1998 Hype directed his first feature film, ‘Belly’ starring rappers DMX and Nas, with supporting roles from Taral Hicks and Method Man. The film was profitable at the box-office but received mixed reviews, with some criticism aimed at the films weak plot, but others were greatly impressed by it, the Iowa Film Association called it the ‘most accurate representation of gangster life ever’. Despite the mixed reception, Hype’s visually stunning cinematography was applauded by all, with the highly stylized ‘noir-like’ visual design receiving praise from critics and fans alike. Hype also wrote Kanye West’s musical short-film ‘runaway’, featuring songs from West’s ‘My Beautiful Dark Twisted Fantasy’ album in 2010.

Hype’s body of work is immense and far too long to list, but the number of hip-hop classics he has produced videos for speaks for itself, equally the number of A-list artists he has worked with shows the esteem and respect his visuals are held in. Kanye West has collaborated with Hype Williams on twenty different videos, their partnership began in 1995 with the video for ‘Diamonds from Sierra Leone’ all the way up to Future’s track ‘I Won’, featuring Kayne in 2014. Kayne West has used Hype’s visual artistry more than any other single artist, with Busta Rhymes in second place, having collaborated with Hype on sixteen projects, the first being the Craig Mask collaboration with Notorious B.I.G., LL Cool J, Rampage and Busta, ‘Flava in Ya Ear’ remix all the way back in 1994.

The list of artists that Hype Williams has worked with reads like a dictionary of Hip-Hop Royalty, The Wu-Tang Clan, Mary J. Blige, Usher, and the Notorious B.I.G. had all hooked up with Hype Williams by the mid 1990’s, and in 1995 he also produced the music video for ODB’s ‘Shimmy Shimmy Ya’, which alone would have left him an incredible legacy, but that was just the start of Hype’s collaboration with the most celebrated rappers of all time. In 1996 he began working with Tupac Shakur and Dr. Dre, Nas, R. Kelly, Jay-Z and Maxi Priest, and that is just a small sample of his collaborations that year. That year alone he directed twenty-eight music videos, an incredible workload for anyone, but still less than the thirty he had created the previous year.

The next few years saw him work with Missy Elliott, Puff Daddy, DMX and NAS, but he also collaborated on such diverse projects as Will Smith’s ‘Gettin’ Jiggy Wit It’ in 1997 and Mariah Carey’s ‘Sweetheart’, featuring Jermaine Dupri the following year. 1999 saw him typically busy, producing a total of twenty-nine videos, including six with Ja Rule, and also the video for arguably the coolest beat in history, ‘Still D.R.E.’ by Dr. Dre featuring Snoop Dogg. Although Hype’s output since those times has diminished a little, he is still one of the busiest music video directors even today in 2017, and his popularity with the most celebrated rap and R&B stars has never been in doubt. In recent years he has collaborated not only with Kanye West, but also Pharrell Williams, Janet Jackson, Chris Brown, Dj Khaled, Jamie Foxx, Drake, Beyonce, Rick Ross and Nicky Minaj, and that is but a fraction of his incredible workload. Hype has even worked with Coldplay several times, which merely proves that the most prolific music video director of all is not just insanely hard-working and uniquely talented, but also incredibly diverse in the artists that he can successfully collaborate with.

Hype Williams has tirelessly worked at the very top tier of music video production for over twenty years and produced hundreds of videos for the most popular artists of recent years, his innovative style and never-ending hunger for new exciting effects has made him one of the most sought after video directors ever and he can command huge fees based on his well-earned reputation and legendary status in the industry. His incredible success has allowed him to build a personal fortune of $15 million during his career, and now in 2018 his earning potential has never been greater.

Hype Williams keeps his private life out of the public eye, but in the past he has been romantically linked to actress and model Sara Pickett, singer and actress Tyra Banks and actress Sasha Dindayal, who is now married to Football tight end Antonio Gates of the Los Angeles Chargers. Hype has never married and is not believed to have any children.

Hype Williams no longer has the kind of frenetic workload that he has in years past, but he still continues to work with many of the most popular artists active today in Rap, R&B and Trap. His work is known for his unique style but it also comes at a price. Although Hype is typically reserved about his private life it is believed he can earn as much as $500,000 per project, depending on the type of project it is. In recent years his blend of experience and innovation has seen him working on more diverse projects and taking a consulting role with a numbert of other directors.

Where Does Hype Williams Live?

Hype Williams’ career is still as busy as ever and these days he splits his times equally between his native New York and Los Angeles where he continues to work on a variety of projects. In late 2016 he collaborated with designer Marc Jacobs on a teaser trailer for the designers Fall 2017 Ready-To-Wear Collection.

Hype’s commitment to his art and huge output has seen him win numerous awards for his unique visual prowess, in 1996 he won the Billboard Music Video Award for Best Director of The Year and the annual Jackson Limo ‘Best Rap Video’ award for his work on Busta Rhymes’ ‘Woo Hah!! Got You All in Check’. The following year he took the NAACP Image Award and the Award for ‘Black Music Achievement’ from the Music Video Production Association. His work with Will Smith on ‘Gettin’ Jiggy Wit It’ earned him the MTV award for Best Rap Video in 1999 and in 2006 he won another MTV award in the Best Group Video category for ‘No Scrubs’ by TLC. 2006 also saw Hype receive the MTV Video Vanguard Award in recognition of his outstanding achievements as a video maker and his overall contribution to the industry, and the year ended with even more awards, as Hype also received a BET ‘Best Director’ Award for his work on ‘Gold Digger’ by Kanye West.