Bethenny Frankel Net Worth 2018 – How Wealthy is She Now? 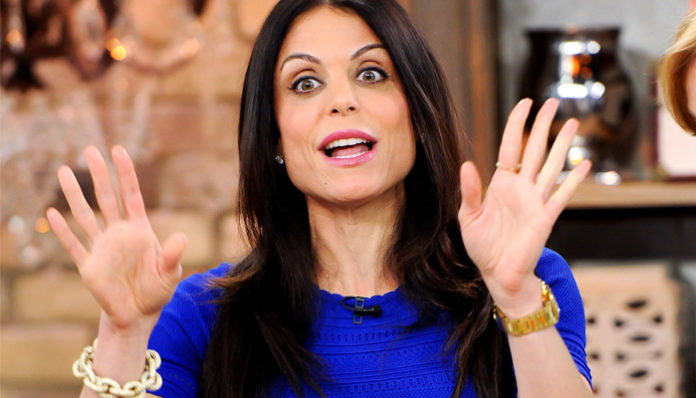 American television personality Bethenny Frankel rose to prominence after starring in The Real Housewives of New York City. Born in New York, the brunette had a rough childhood. For the first few years of her life, she was raised by her single mother after her father had left the picture. Although her mother eventually remarried, her stepfather proved to be a violent alcoholic, doing little to support the family.

After graduating from university, Frankel started to work as a production assistant. From there, she eventually competed in the reality series The Apprentice: Martha Stewart, before landing a lead role in Bravo’s The Real Housewives of New York City. Since then, her popularity has only increased as she was later given her own talk show, Bethenny.

Currently, it is estimated that her fortune has broken into the tens of millions. To see where her wealth came from, we’ll have to dive a little deeper into her career.

How did Bethenny Frankel Make Her Money and Wealth? 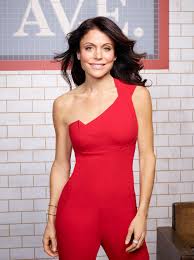 Born on November 4, 1970 in New York City, New York, Bethenny Frankel’s childhood was less than idyllic. Growing up, her father left the family when she was just a four years old. When she was five, her mother remarried and together, they grasped for a happier life. Unfortunately, Frankel’s stepfather was not only violent with her, but was also an alcoholic. As such, he did little to financially support the family.

Despite this, she was excelled at school. After graduating from high school, she moved to New York where she studied at New York University. From there, Frankel eventually relocated to Los Angeles, to pursue her dreams of acting in Hollywood. However breaking into the show business proved to be difficult- between 1994 and 1995, she appeared in two films- Hollywood Hills 90028 (1994), and Wish Me Luck (1995). Unable to land any major roles, she started to work as a nanny to make ends meet; at one point, she even took care of Paris Hilton when she was a teenager.

After a few years, Frankel was employed as a personal assistant for television producer, Jerry Bruckheimer. During that period, she helped to produce six episodes of the popular television series, Saved by the Bell (1991). Eventually feeling unsatisfied with her work however, she ultimately went back to school in 2002- studying at the Natural Gourmet Institute. Unfortunately, her career as a chef didn’t pan out in the end.

While her expertise in the culinary arts ultimately didn’t end up in a successful business, it led her to be cast in the reality series, The Apprentice: Martha Stewart in 2005- it also marked her first time appearing on television. With her high-profile baking background, Frankel easily made it to the finals of the competition.

Subsequently, she was cast in the popular Bravo reality series, The Real Housewives of New York City in 2008. An instant hit on TV, the show garnered Frankel much widespread attention as one of the main cast members. After being introduced in the first season, she remained on the show for three seasons from 2008 until 2010, prior to leaving in 2011. Following a four year break, the New Yorker returned in the seventh season in 2015. Since then, she has returned as one of the main casts.

Of course, Frankel was paid a hefty salary for being on the show- it’s one of the most popular reality shows in America after all. Depending on an individual’s popularity and status, it’s not unheard of for some ladies to be paid a few hundred thousands per season. So how much did Frankel take home from being on the show? According to various sources, she earned an alleged $500,00 salary for the first three seasons.

Since she made her return in season seven however, rumor has it that her pay has been cut in half. Although it’s not confirmed, it’s speculated that Frankel was offered $250,000 per season from the seventh season onward. While this is a considerable cut from what she received previously (assuming that it’s true), it’s still an immense amount to today’s standards.

In 2010, her presence received a small boost after she was given her own Bravo reality documentary series called, Bethenny Ever After, which chronicled her wedding and birth of her child. Premiered that June, the show was a big success- in fact, it ended up being the network’s highest rated series premiere in history. In total, it ran for three seasons, until May of 2012.

In the fall of 2013, the reality star started to host her own syndicated talk show, Bethenny, which she also helped to co-produce. Ultimately, the series ran for two years, spanning 170 episodes. In 2015, the show received a Daytime Emy Award nomination.

Some of the other reality series that the New York-native has appeared in since then include Good Morning America, Beat Bubby Flay, Entertainment Tonight, Chopped Junior, The Insider, and The Dr. Oz Show, to name a few.

At one point in 2010, she also participated in the ABC reality competition series, Skating with the Stars. Paired up with professional skater Ethan Burgess, Frankel ultimately finished second, behind actress Rebecca Budig.

From all that’s been said, it can easily be concluded that a large portion of her fortune has come from her career on TV. From appearing on The Apprenticeto starring in The Real Housewives of New York City, it was television that ultimately brought her both fame and wealth.

In addition to her endeavors on television, Frankel is also an accomplished businesswoman. In 2011, she launched her own company called Skinnygirl cocktail- which sold various alcoholic beverages such as wine, maragaritas and vodkas. Since then, she has sold the company to Suntory for $100 million.

In March of 2009, the brunette authored her own book called Naturally Thin: Unleash Your SkinnyGirl, which was fairly well received. She later published a second, The SkinnyGirl Dish: Easy Recipes for Your Naturally Thin Life the following winter. An audio book for the two titles have since been released. In 2011, she released her third book, A Place of Yes: 10 Rules for Getting Everything You Want Out of Life, which was later followed by Skinnydipping- her first novel. In total, Frankel has authored eight books as of 2016.

Dedicated to health and fitness, she has also released her own set of exercise videos called Body by Bethenny in the spring of 2010.

As far as endorsements and sponsorships go, she has teamed up with various companies in the past including Pepperidge Farm.

In 2013, Frankel appeared in her first acting role since 1995- playing a minor character in an episode of the comedy series, The Neighbors.

Has the New York-native always been raking in so much cash? According to various online sources, her income has been increasing over the past few years- undoubtedly thanks to her landing a role in The Real Housewives of New York City. In 2011, it was estimated that Frankel took home $1.5 million- an amount that can easily be classified as being incredible. Within a year, it had increased to $1.9 million before breaking into $2 million by the end of 2014. In 2015, Frankel’s fortune was said to have grown to $2.9 million.

In terms of her overall net worth, it has also of course, grown within the last five years. Back in 2012, it was said that she was worth $14 million- a large portion of which undoubtedly came from the Bravo reality series (as she had already starred on the show for three seasons at that point). In 2013, this had risen to $20 million before jumping up once again to $21.7 million in 2014. Currently, Bethenny Frankel has a fortune of ~$25 million.

No, Bethenny Frankel is currently single from what we can gather. Having said that, she was previously married to Jason Hoppy, a pharmaceutical sales executive from 2010 until 2012; the two have since separated, their divorce was finalized in 2016.

In the past, she was also married to Peter Sussman, an executive of the entertainment industry from 1996 until 1997.

Does Bethenny Frankel Have Any Children?

Yes, the reality star has a daughter named Bryn who was born in May of 2010.

Did Bethenny Frankel Go to College?

Following her graduation from Pine Crest School, Frankel went to New York University where she eventually obtained a bachelor’s degree in psychology and communications. After working as a producer’s assistant for a few years, she went back to school, enrolling at the Natural Gourmet Institute in New York City.

Last fall, Frankel put her sleek $6.95 New York apartment for sale in the real estate market. Previously shared with her ex-husband, Jason Hoppy, the 3,600 square foot property boasts three bathrooms, and four bedrooms- although this can easily be converted to five with a little work. Not only that, but it also featured an extravagant dining room, and a breakfast bar- all of which are surrounded by huge windows that offer individuals a stunning view of the city.

What Kind of Car Does Bethenny Frankel Drive?

In May of 2016, the reality unveiled her brand new car- a customized red Ford Jeep that has been decked otu with the red and white colors of her Skinnygirl brand.

Although her acting career didn’t exactly pan out according to plan, she’s successfully made a name for herself as a reality star. Since she first appeared in The Apprentice: Martha Stewart back in 2005, she has accumulated a number of credits to her name including Bethenny (2012-2014), Bethenny Getting Married? (2010-2012), and of course, The Real Housewives of New York City.

Not only that, but she’s also authored a series of popular self-help books- eight to be exact.

Bethenny Frankel as a Philanthropist

Following the disaster that was Hurricane Sandy in 2012, Frankel generously donated $50,000 to the Red Cross. Matching her personal donation, her company Skinnygirl cocktails also made a $50,000 donation to Red Cross as well.

Some of the other charity organizations that she’s been involved with in the past include the Children’s Health Fund, PETA, Hero in Heels, Wish Upon a Hero Foundation and the Breast Cancer Research Foundation.

Currently, Bethenny Frankel is starring in the ninth season of The Real Housewives of New York City, which premiered on April 5, 2017. Aside from that, she’s also made a few scattered appearances in the talk shows The Insider, The Dr. Oz Show, Extra, and Access Hollywood.