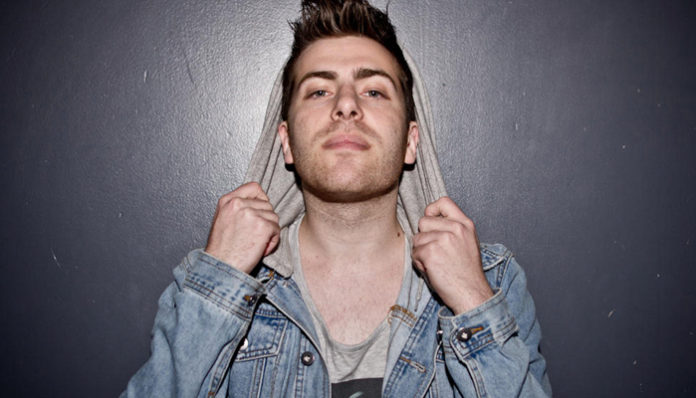 Matthew Tyler Musto- better known as his stage name Blackbear, first gained nationwide attention after having helped to write Justin Bieber’s hit song, Boyfriend. Born and raised in Florida, he became fond of rock music at a young age. Participating in a number of garage bands during his teens, he was eventually discovered by a talent agent in 2008; he was only eighteen years old at the time. Refining his skills over the next couple of years, he relocated to Atlanta, Georgia where he started to learn from some of the best such as Ne-Yo and Sam Hook.

Since then, the recording artist has come out with four full length albums, and a series of extended plays and singles. At just 26-years-old, he has accomplished what many people can only dream of grasping. Currently, it is estimated that Blackbear has a net worth that roams in the hundreds of thousands of dollars.

Where did this money come about? To answer this, we’ll have to take a more detailed look at his accomplishments and career over the years.

How did Blackbear Make His Money and Wealth? 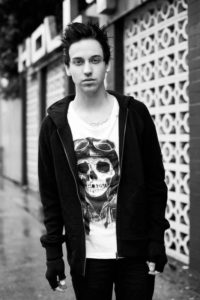 Born on November 27, 1990 in Daytona Beach, Florida, Blackbear (Real Name: Matthew Tyler Musto) spent his youth in the city of Palm Coast. Ever since he was young, he had held an interest in music. Eventually getting himself involved in the scene, he proceeded to join a few garage bands in his teens. Some of the groups that he performed with include Me The Machine, The Night Shift, and Polaroid- the last of which was the most successful.

A few years later, Blackbear decided to take on a new direction- to embark on a solo music career. Experimenting with various styles, he put forth a few EPs including Brightness, Contrast, and Exposure between 2009 and 2010. Continuing to pen new tracks, he later released the singles Douche Bag, and Is Me. By the end of 2011, his discography had grown to include the title, Year of the Blackbear, another extended play release.

In 2012, the Florida-born rapper received a small break after helping to co-write Justin Bieber’s popular song, Boyfriend– a title that quickly took up the number two spot on the Billboard Hot 100 record chart. Taking advantage of the boost of fame, Blackbear soon came out with the EXP, Foreplay in the spring of 2012. That October, he also dropped his debut mix tape dubbed, Sex– another solid release that helped to cement his place in the music industry.

After releasing another EP called The Afterglow in April 2014, Blackbear released his highly anticipated studio album, Deadroses on February 14, 2015. While it didn’t end up making it to the music charts, it was popular within his fan base nonetheless. A few months later, the artist came out with another full length album, Help which boasted ten new tracks.

The album eventually also gave rise to three singles, Idfc, Dirty Laundry, and 4U, the first of which charted at number nineteen on the Top R&B Songs chart. But that’s not all, it also became an online sensation on the web, having garnered millions of streams on Spotify and Soundcloud not long after being released. As of April 2017, the song has been streamed more than 93,000,000 times.

Although there were no new albums in 2016, the Florida-native did come out with two additional extended plays- Drink Bleach in June, and Cashmere Noose in August. While they were both successful, the second title was especially so, having managed to reach number 5 on the US Top R&B Albums chart and number 108 on the US Billboard Top 200. Combined, the two titles spawned two singles- Different Hos and Girls Like U.

On March 24, 2017, the artist contributed to Mansionz, the eponymous debut studio album of the hip hop duo, Mansionz. Recorded within a year, the project consisted of thirteen titles, all of which were co-produced by Blackbear; not only that, but he also penned some of the songs himself. A relative success, it ended up reaching number 67 on the US Billboard Top 200. Of course, for his contributions to the album, Blackbear would have received a respectable amount.

On April 20, 2017, Blackbear released his third studio album entitled, Digital Druglord. His most successful effort to date, it ended up settling at number 14 on the US Billboard Top 200. Not only did it chart within the top twenty, but it also charted in several other countries outside of the United States including Sweden, New Zealand, Canada, and the Netherlands.

Naturally, the popular album also produced a hit single- Do Re Mi, which peaked at number 87 on the Billboard Top 100 and number 12 on the Top R&B Songs chart.

Aside from the above mentioned works, Blackbear has collaborated with a few artists over the past couple of years. For instance he was featured in Olivia O’Brien’s Root Beer Float and Sofi de la Torre’s Flex Your Way Out.

In addition to providing his vocals, the rapper has produced, and written songs for several big-name musicians including Machine Gun Kelly, Tokyo Police Club, Hoodie Allen, Nick Jonas, G-Eazy, Travis Mills and Ro James. Some of same titles include Crash With Me, Champagne & Pools, Shoot em Down, Through the Wire, I Doubt It, Windows Down, and End of the Road.

In fact, Blackbear is probably just as involved as a producer and songwriter for other artists as he is a solo recording artist. His work has also been featured in a number of TV shows including Glee, Degrassi: The Next Generation, The X Factor, and Todd’s Pop Song Reviews.

It’s no secret that the rapper has earned most of his money directly from his musical works. In 2014, he became the first independent recording artist to monetize off of the popular audio distribution platform, SoundCloud. While no exact numbers have ever been released as to how much Blackbear has earned from the site, there’s no doubt that it’s well in the thousands.

Speaking of side revenue, Blackbear most likely also earns a chunk of side change from his official Youtube channel, blackbeardiaries. Since he joined the site, he has garnered more than 2,200,000 views. So far, his most popular upload, the music video for Slide Thru has been viewed over 1,200,000 times- that would easily translate to over $1000 in ad revenue for the musician.

Of course, we can’t forget about the earnings that he takes home from his various concert performances- seeing as how it’s a major source of income for performing artists. Depending on one’s popularity, it’s not uncommon for musicians to earn thousands upon thousands per performance. Although we don’t know how much the 26-year-old is paid for his shows, we do know that he’s hit the stage more than a handful of times over the past year.

In fact, Blackbear is currently on his Digital Drug Tour, which kicked off on May 8, 2017. According to what is posted on his official website, he will be performing at various venues in both Canada and the United States from now until July 2017. In the past, he has also toured with a number of other artists such as Hoodie Allen, Tinashe, and Super Duper Kyle.

Through his official websites, an assortment of merchandise is also available for purchase- ranging from tee shirts to caps. Seeing as how a number of items are already sold out, the shop must be fairly popular among fans.

No, the Florida-based rapper is currently not married. Having said that, it is rumored that he is currently dating a long-time girlfriend, although her identity has never been revealed much to the disappointment of fans.

Does Blackbear Have Any Children?

No, Blackbear does not have any children that we know of.

Did Blackbear Go to College?

No, Blackbear did not go to college. Although it’s not completely known, it’s assumed that he dropped out of high school at some point during his teens as he had earned his GED while performing on tour in the 2000’s.

Despite not having pursued higher education, the rapper has managed to grasp a successful career in the music industry- so it has all worked out in the end.

Where Did Blackbear Get His Name From?

While it’s obvious that Blackbear is a stage name that Matthew Musto had picked for his profession career, the meaning behind the moniker has yet to be revealed. For now, fans can only speculate as to why he’s named after such a great animal of the wild.

Where Does Blackbear Live? Pictures of BlackBear’s House

Seeing as how the rapper is quite tight-lipped about his personal life, not much is known about his current residence, other than the fact that he remains in the country’s entertainment capitol of Los Angeles.

Considering his rather impressive fortune however, he would easily be able to rent a comfortable apartment or condo in the city.

We unfortunately do not have any pictures of his home to share at this time.

How Much Did Blackbear Earn Last Year?

Unfortunately, his earnings for 2016 is currently unknown- they have never been revealed.

What Kind of Car Does Blackbear Drive?

It is currently unknown as to what kind of vehicle the rapper drives.

At just twenty six, Blackbear has amassed a long list of accomplishments to his name. Not only did he help the ever-so-popular Canadian singer Justin Bieber write his Platinum-certified song Boyfriend, but he has helped to produce and write several other titles for over a dozen different artists.

His solo music career is also nothing but impressive. As of 2017, he has released three full length albums, a mix tape, six extended plays, and eight singles- many of which have reached the US record charts. With his talent, it wouldn’t be surprising if he was to pick up a few music awards within the next few years.

As mentioned earlier, Blackbear released his third studio album, Digital Druglord on April 20, 2017. In support of the release, he has been embarking on his Digital Druglord Tour which is scheduled to take him across the country, and even into Canada. For tickets or more information regarding his concert tour, please visit his official website.

In addition to that, he released his sixth extended play, Salt EP on April 2, 2017, just a couple of weeks prior to his album release. In March of this year, his collaborative work with Mansionz was also released.