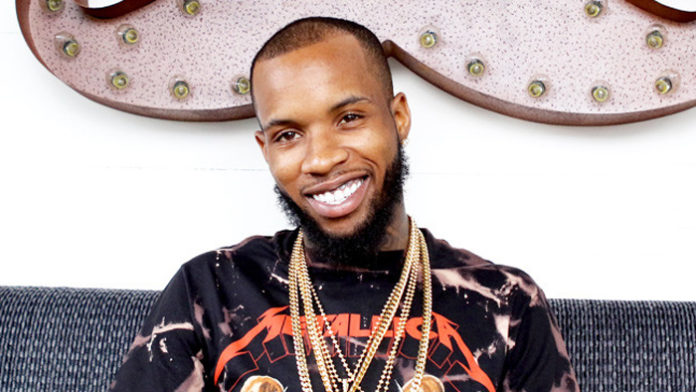 Canadian singer-songwriter Tory Lanez rose to fame after the release of his hip hop mix-tape, Lost Cause in 2014. Born in Toronto, Ontario, he took up rap at a young age, constantly refining his skills during his youth. Following his mother’s untimely death, he moved throughout the United States due to his father’s work. As a teen, he was later sent to live with his brother in New York due to behavioral issues; from there, Lanez was eventually forced to return to Canada with his grandmother.

Things didn’t work out too well after that as she soon refused to care for him- thus at the age of fifteen, he was on his own. For the next few years, he lived with a few strangers in a downtown home.

In 2009, the aspiring rapper dropped his debut mix-tape entitled, T.L. 2 T.O. Since then, he has made a name for himself in the hip hop scene, having successfully embarked on a music career.

With his success, also came wealth- currently, it is approximated that he’s worth more than a million dollars. Let’s take a look to see how he earned his money.

How did Tory Lanez Make His Money and Wealth? 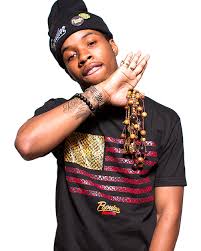 Born on July 27, 1992, Tory Lanez (Birth Name: Daystar Peterson) spent the first few years of his childhood in Montreal before relocating to Florida with his family. Ever since he was young, he held a keen interest in rap; for many years during his youth, he constantly practiced and honed his skills. After his mother passed away from a rare illness, he moved frequently throughout the US due to his father’s work as a minister.

When he was fourteen years old, Lanez was sent to live with his older brother in Queens, New York after getting caught in some behavioral issues. Not long afterward however, he was forced to return to Canada. From there, things soon became difficult; his grandmother ultimately refused to care for him after returning to Toronto- as a result, the aspiring rapper was own his own, with no help, at the age of fifteen.

For three years, he lived downtown with “three dudes that [he] did’t really know”. As he described it himself, it was “every man for himself”. Although this period of his teens proved to be challenging, he has since credited it for turning him into a man- that it “changed the person that [he] is today”.

Eventually continuing with rapping, he started to perform at various outdoor concerts by the time he was sixteen, having dropped out of high school. While he never received any formal vocal training, he continued to do what he enjoyed- making music and singing. In 2009, Lanez dropped his first debut mix tape dubbed, T.L. 2 T.O, which was made for digital download. Although it didn’t turn him into an online sensation overnight, it marked his first step into the music scene.

Although it’s unclear how much exactly Lanez had managed pulled in from his initial mix tapes, it has been estimated by various sites that he earned upward of $100,000 each from his work involved with Lost Cause and Chix Tape III.

On December 25, 2015, the Canadian rapper released his next major mix tape, The New Toronto which featured a couple of prominent artists including Nyce and Brittney Taylor. Allegedly, the tape went on to earn Lanez close to $1 million.

Aside from his collection of mix tapes, Lanez also came out with his first extended play, Cruel Intentions on June 26, 2015. Released through the WeDidIt label, it featured five alternative R&B tracks- all of which further boosted his growing popularity at the time. The EP eventually went on to spawn two singles, In For It and Acting Like.

On August 19, 2016, Torey Lanez released his first full length album entitled, I Told You. Released through Interscope and Mad Love Records, it received favorable reviews from critics and fans upon its release. Shortly after being made available, it entered the US Billboard Top 200 at number four, having sold more than 53,000 units within the first week.

His debut album also charted in a variety of other countries outside of America including France, New Zealand, Switzerland, Norway, Belgium, Australia, and Denmark. As far as earnings from record sales goes, it is estimated that it earned the artist upward of $200,000.

Aside from his solo works, the Canadian rapper has collaborated with several other artists on numerous occasions. For instance, he was featured in G-Eazy’s Drifting, Cashmere Cat’s Trust Nobody, Meek Mill’s Litty, and Sean Paul’s Tek Weh Yuh Heart.

Unsurprisingly, Lanez has also performed a number of concert tours. In 2014, he kicked off his first- known as the Lost Cause Tour, which also served to promote his mix tape of the same name. In the summer of 2016, the rapper also embarked on The Level Up Tour with fellow rapper ASAP Ferg.

It goes without saying that concert performances are major source of revenue for musicians. Although we may never know how much he gets paid per show, it’s probably fair to say that it’s well in the thousands.

Like many other artists, his Youtube Channel most likely also yields him an supplemental amount of cash through ad revenue. Since he joined the video-streaming site, Lanez has accumulated more than 777,000 subscribers and over 320,000,000 video views- surely those numbers have accounted for something. Currently, his most popular upload, the music video for Say It, has received more than 157,000 views.

According to the Fader, the rapper will also be making his big screen debut in an upcoming movie called I Told You, which will be based on his debut album of the same name. To be co-directed by Lanez himself, the film will feature a running length of 45 minutes- although additional details have not yet been revealed.

What about his net worth? In 2013, Lanez was said to be worth approximately $200,000. Unsurprisingly, this amount has been increasing over past few years- accurately reflecting the growth in his earnings. Currently in 2016, it is estimated that he has an overall net worth of $1.5 million.

No, the Canadian rapper is not married. While he’s not a married man, he is in a relationship with his girlfriend of one year, Kaylin Garcia- their status was confirmed after Lanez had posted a picture of the two together on Instagram, accompanied by a heart emoji.

Previously, he was in a relationship with American rapper Trina for two years from 2014 until 2015.

Does Tory Lanez Have Any Children?

No, Tory Lanez does not have any children that we know of.

Where Did Tory Lanez Get His Name From?

Where did the hip hop artist get his current moniker from? Born Daystar Peterson, the rapper initially called himself “Notorious”- a reference to the late Notorious B.I.G. in his teens. It wasn’t until later that he adopted his current stage name, which was given to him by his friend Hakeen whom he met in Atlanta, Georgia. According to him, he was nicknamed “Lanez” due to his thrill-seeking tendencies.

In addition to “Tory Lanez”, the artist also goes by the nick, Argentina Fargo. In a later interview, the rapper explained the meaning behind this name- it’s a reference to him being a Canadian living in America, in his words, he likes to describe it as “him being foreign money”.

Did Tory Lanez Go to College?

No, Tory Lanez did not go to college. In fact, it’s up in the air whether or not he’s ever completed his high school credentials after dropping out during tenth grade at the age of sixteen. Regardless of his education status, it looks like he’s successfully found a place for himself in the music industry.

Where Does Tory Lanez Live? Pictures of Tory Lanez’s House

Unfortunately, the details regarding Torey Lanez’s current residence have never been revealed to the public- as he’s fairly private regarding his personal life. Having said that, he clearly has more than enough cash to rent himself a nice apartment in Los Angeles.

Considering the above, we do not have any pictures of his house to share at this time.

Despite his rough upbringing, the Canada-born rapper has successfully carved an identity for himself in the world of rap and hip hop. At just twenty four years old, he has released over a dozen mix tapes, a studio album, an extended play and more than forty singles- a few of which have attained RIAA certification.