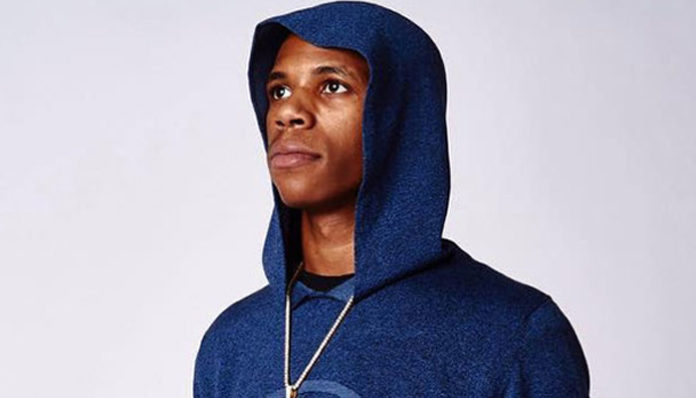 Artist J. Dubose, better known as A Boogie wit da Hoodie rose to fame with the release of his 2016 debut mix tape, Artist. Born and raised in New York, he grew up listening to hip hop and was especially fond of the works of Kanye West and 50 Cent. By the time he was twelve, the aspiring artist was already penning his own lyrics. Continuing to hone his skills over the next few years, he eventually released his first major project, Artist in February of 2016.

Hugely successful, it effectively launched his career- putting his name among other up-and-coming rappers. Within just a year, his popularity has already soared even higher. Currently, the 21-year-old is estimated to be worth well in the millions.

Where did he earn this money from? To find out, let us take a more detailed look at his music career thus far.

How did A Boogie wit da Hoodie Make His Money and Wealth? 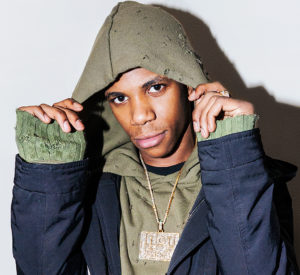 Born on December 6, 1995 in New York City, New York, A Boogie wit da Hoodie (Real Name: Artist J. Dubose) grew up in the Highbridge area of The Bronx. Having always been fond of music, he listened to the works of Kanye and 50 Cent often growing up. Eventually deciding to get involved himself, he started to pen his own lyrics by the time he was twelve. In 2014, he recorded his first studio-made single entitled, Temporary– although it never enjoyed a wide scale release.

It wasn’t until he released his first full length mix tape dubbed Artist in February of 2016 that he gained widespread attention. Serving as a launchpad for his career, it quickly brought him from the unknown to rising celebrity status. Released through Atlantic Records, it ended up peaking at number 70 on the US Billboard Top 200, number 31 on the Top R&B and Hip Hop Albums and US Top Rap Albums record charts. This initial endeavor of his would have earned him a generous amount, considering its popularity.

Later that same year in May of 2016, A Boogie wit da Hoodie collaborated with fellow Highbridge rapper Don Q and released a mix tape called Highbridge the Label: The Takeover Vol. 1. Although this one didn’t end up reaching the music charts, it acted to further cement his place in the hip hop realm.

With his newfound fame and status, he then went on to open for three of Drake and Future’s Summer Sixteen Tour dates- a stint that further increased his earnings for that year.

On October 28, 2016, A Boogie wit da Hoodie dropped his first extended play called, TBA– aka The Bigger Artist. Relatively success, it ended up settling at number 63 on the US Billboard Top 200- a reasonably impressive position. Later on, it was also featured in the Rolling Stone’s list of Best Rap Albums of 2016.

As far as hit singles go, A Boogie wit da Hoodie’s most successful track to date is his 2016 title, My Shit. A song from his debut mix tape, it ended up charting at number 86 on the Billboard Hot 100, at number 22 on the Top Rap songs chart and at number 35 on the Hot R&B and Hip Hop Songs chart. Since then, it has also been certified gold in the United States- making it the artist’s first RIAA-certified record.

More recently on March 10, 2017, he released the lead single from his upcoming debut album entitled, Drowning. Co-written by the artist himself, it peaked at number 55 on the Billboard Hot 100 chart shortly after its release- making it his highest-charting single to date. Additionally, the single also reached number 27 on the Hot R&B Songs chart and number 61 in the Canadian Hot 100 record chart.

Throughout his career so far, he has collaborated with a number of performers including Fabolous, Kehlani, Young Scooter, Kodak Black, PnB Rock, and Don Q. Some of said titles include Bet on It, Diamonds, Reminiscing, Come On, and Stand Back. 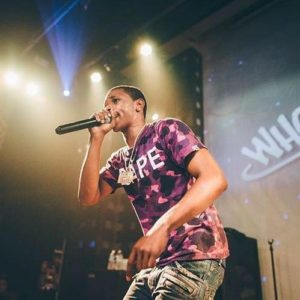 It goes without saying that A Boogie Wit da Hoodie also yields a handsome amount from the various concert shows that he performs in a year. For instance looking at his tour dates now, he is scheduled to perform at a number of venues in the United States from Atlanta to Philadelphia. Although it hasn’t been disclosed how much the 21-year-old gets paid per performance, it’s probably not a small sum!

Aside from the earnings that he receives from his records and tapes, he presumably also earns a hefty amount from his Youtube channel. Since he first joined the video-streaming site at the beginning of 2016, he has accumulated over 529,000 subscribers and over 226,000,000 views. Currently, his most popular upload has been viewed over 34,000,000 times. These numbers would of course, convert nicely to ad revenue.

Seeing as how he’s just getting started with his music career, his net worth is most likely only going to continue going up. Who knows? A Boogie wit da Hoodie might even break into television at some point in the near future.

No, the Highbridge artist is not married. Having said that, he has been with his longtime girlfriend Ella Bands for many years.

It is unknown whether or not he had previous relationships.

Does A Boogie Wit Da Hoodie Have Any Children?

Yes, in fact the couple welcomed a baby girl named Melody Valentine in February of 2017- their pregnancy was initially announced back in October of 2016. Following her birth, the two took to social media to share many pictures of their child, which have since gained thousands of likes and comments.

Did A Boogie Wit Da Hoodie Go to College?

A Boogie Wit Da Hoodie did not go to college. After graduating from a Performing Arts Preparatory Academy in Fort Pierce, Florida, he set off to work on his burgeoning music career.

Where did A Boogie Wit Da Hoodie Get His Name From?

Where did the artist’s bemusing name come from? According to the star himself, the “A” comes from the first letter of his real name- “Artist”. From there, “Boogie” is said to have come from the fact that he’s from The Bronx. As for “Hoodie”- allegedly it’s a reference to his frequent hoodie-wearing.

It’s currently unknown exactly where the recording artist lives, other than the fact that he still resides in his home state of New York. Having said that, he has revealed that he has a home studio- in which he records most of his songs.

Despite being only in his early twenties, A Boogie Wit Da Hoodie has achieved a charting mix tape, a charting extended play, and multiple charting singles- one of which has gone gold in the United States.

His talents hard to miss, he has been recognized by several publications including Rolling Stone Magazine.

A Boogie Wit Da Hoodie will be releasing his third mix tape, a collaboration with Zaytoven sometime in 2017.

A little earlier, he also contributed to a song from the The Fate of the Furious soundtrack, Horses.