Jake Paul Net Worth 2018 – How Rich is The Social Media Star Actually? 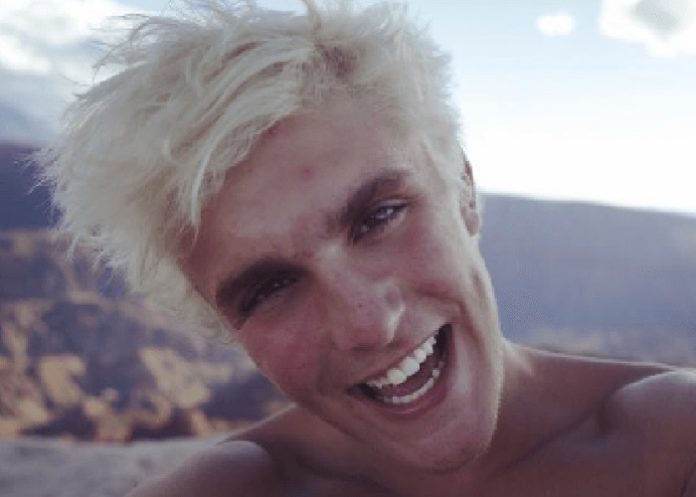 Jake Paul is one of the rising new stars of the internet. The twenty year old from Cleveland, Ohio has gained millions of followers across a variety of social media platforms with his energetic and endlessly funny videos. He’s the star of the Disney Channel’s Bizaadvark sitcom and he’s even found time to write a well-received and best-selling book that details the positive attitude behind his rise to fame and fortune.

Jake is known for his pranks, they were one of the first major features that made his internet presence so popular in the first place, but in January 2017 he hit the head-lines with his most amazing prank of all, but exactly how much has the social media heartthrob made during his career so far? And what’s the story behind his White-House prank earlier this year? Read on to find out.

How Did Jake Paul Make His Money & Wealth?

Jake Joseph Paul was born on January 17th 1997 in Cleveland, Ohio. He attended Westlake High School in Cleveland where he showed his creative streak, showing an interest in subjects such as art and acting. When he was a teenager Jake was interested in sports too, he was a member of his high school wrestling team and planned to train to be a Navy Seal when he left school, but Paul’s acting and comedy talents frequently left his friends crying with laughter, and it wasn’t long before he took those creative talents onto the internet to share with a much wider audience.

In September 2013 Paul began posting videos on Vine, the site that let users upload six second long looping video clips. The short form video site had only been launched one year before but it was already followed by over 200 million users, and Paul quickly found that the comedy that his school friends loved so much was just as popular to millions of others on vine. Eventually Vine became so popular that it’s greatest rival, Twitter bought the company out and effectively shut Vine down by not allowing any new content to be added to it, but by then Jake had not only amassed over 5 million followers on Vine, but he had taken his anarchic comedy onto a variety of other social media platforms and had gained millions of followers on all of them too.

Have you ever found a TV stars social media profile and been surprised by how few fans they have on their Twitter or Youtube page? It’s not unusual for someone who is well-known on TV to have just a few hundred fans following them on Youtube, social media popularity takes a special kind of knowledge to achieve and most of those TV stars could learn a thing or two from Jake. He has been so successful on not only Vine initially, but also Snapchat, Facebook, Twitter and Instagram that his success and fame has landed him a starring role on The Disney Channel’s sitcom ‘Bizaardvark’ playing the part of Dirk. Jake is the first social media star that has become so big that his internet fame alone has been enough to get him a regular role with the Disney network, and he’s still only twenty years old.

Fans of Jake will know that he just loves life, his energetic and positive attitude to his fame and experiences shows what a fun guy he is. Jake is young and fearless, and epitomizes the YOLO (You Only Live Once) attitude, but underneath his lovable personality and the never ending laughs there’s a serious business brain that goes some way to explain why he has been quite so phenomenally successful and achieved such a large amount of fame in such a short amount of time. In 2016 Jake somehow found time to write an autobiography of his rise to fame so far, ‘You Gotta Want It’. In the book he shared his attitude to life and fame, and the positive and hard-working attitude that has made him so popular, all with his trademark honesty and typical humor. The book details his early ambition to do something big, and the early success that he found on Vine alongside his older brother Logan. He shares some of the lessons he learned along the way and the preparation and work that went on behind the scenes of every carefully planned prank.

Jake’s bio on social media is less detailed, ‘I have fun, eat food, and Team 10’ it reads, in reference to the circle of friends he lives with and who are also up-and-coming social media stars, but Jake has mastered every single social media platform he has ever produced content for. His Vine videos gained him over five million fans, but now that Vine has gone he has the same number of followers on Facebook, with another 6.5 million following him on Instagram. He has amassed over a million followers on Twitter and almost five million subscribers on Youtube. These are figures from early May 2017 so if you’re reading this a few months down the line check out his social media pages for yourself, and you’ll be able to see how incredibly quickly Jake Paul is gaining new fans on all platforms.

Jake’s Youtube channel only hit 100,000 subscribers in mid 2016, but by the end of the year he had gained a million subscribers, now it’s almost five times that figure. Jake Paul is gaining subscribers on Youtube alone at a greater rate than almost any other large Youtuber, including the most popular one of all, Pewdiepie, and unlike Pewdiepie, Jake’s viewing figures for each of his daily vlogs are as high as, if not higher than his total number of subscribers. He usually achieves anywhere from 3 to 7 million views on each of his daily videos and that alone will earn him a yearly income of at least $1 million, a figure that will only continue to grow as his influence and popularity increases.

The financial benefits of Jake’s popularity don’t end with Youtube ad revenue either, his millions of followers have allowed him to develop merchandising deals with companies such as MVMT watches, and along with Team 10 he has even used his popularity to go on tour. But once again underneath the pranks and jokes Jake is serious about his success. He has invested time and money into improvisation and acting classes to hone his on-screen presence and hopes to eventually use all that experience and talent to break into Hollywood. His part in ‘Bizaadvark’ is not the only acting role he has won either, he played the character of Dugan in the 2016 comedy film ‘Mono’ and was ‘Lance’ in ‘Dance Camp’, a 2016 comedy drama produced via the Youtube Red service. He has used his writing talents again recently to co-write ‘Airplane Mode’, a comedy film currently in post-production, in which he plays himself, that is due to be released sometime later in 2017.

2017 is off to a dynamic start for Jake Paul, in January of this year he managed to attract over $1 million in funding to launch his own creative agency called ‘TeamDOm’. The business, which was eagerly funded by heavyweight entertainment companies such as Sound Ventures and A Grade, aims to promote online entertainment to the teenage demographic and offer marketing management for other new and dynamic social media stars of the future. But he also hit the headlines around the World in January 2017 for his most outrageous and daring stunt yet. On January 5th 2017 he was invited to The White House for a media event featuring exciting new social media stars, and he just couldn’t resist pulling the biggest prank of his career. He took the opportunity to hide in the bathroom of the Eisenhower Executive office building, attached to the White House, and spent several hours there before he somehow managed to leave early in the morning completely unnoticed by security staff. His prank, surely one of the most incredible and daring ever attempted by anyone was soon uploaded to Youtube, and the secret service later paid him a visit at his Los Angeles home. But fortunately for Jake, and his millions of fans they decided he was just a prankster and no threat to anyone. If only they had watched his videos first, they could have worked that out for themselves and saved themselves a journey.

Jake was believed to be dating Youtbe star Alissa Violet until January 2017, but at that time they seem to have fallen out, at least briefly. Jake helped Alissa build her own social media career and she was a member of Team 10, but Jake has since claimed that the couple never dated and the whole rumor is the result of a joke video that his brother Logan put out. Whatever the real story behind Jake and Alissa is, Jake is not short of a few million female fans who would love to get to know him a lot better, and so far he still seems to be enjoying his life and not settling down into a serious relationship just yet. Alissa has made a number of cryptic tweets that seem to suggest that Jake is still very much on her mind, but so far Jake has played it cool and refused to comment more on the story.

Jake’s annual income has been above $100,000 for a few years now, but with his ever increasing popularity, the launch of the TeamDOm business and his continued expansion into show-business it’s virtually guaranteed that his earnings in 2017 will top the $1 million mark, with the majority of his income coming from ad revenue and merchandising deals. His popularity is growing so fast however that for Jake Paul now in 2018, the sky really is the limit.

Where Does Jake Paul Live?

Jake lives with the other members of Team 10 in a cool home in West Hollywood, California. The team comprises Jake and other social media stars Neels Visser, and more. They collaborate on video projects together and work as a team to produce the content that has made all of them social media stars, with Jake the most driven and successful of them all. But if you wanted to live the Team 10 lifestyle Paul and his crew are always on the lookout for new members to join the team, so perhaps one day soon you too could be chilling out in the mansion with the rest of Team 10.

What Car Does Jake Paul Drive?

Jake has a number of vehicles, his beloved truck and his daily run-around car, but in January 2017 he splashed out on a brand new Ford Focus RS that he has since had customized with LED strips, a brushed metallic color scheme and a custom tune that added even more HP to it’s already powerful engine. Jake has not finished there and has hinted that for his next vehicle he’s got his eye on another even more powerful sporty number such as a Lamborghini or Ferrari. No matter what he chooses for his next car, you can be sure that the most popular rising star on social media right now will be able to afford it.