Claudia Jordan Net Worth 2018 – How Wealthy is She Now?

Claudia Jordan is currently working as a radio personality on her own show on Sirius radio called The Claudia Jordan Show, but she is most well-known for being the model on Deal or No Deal and The Price is Right. This American radio and television personality has a net worth of $500,000 that she made by appearing in commercials, music videos, and TV shows.

How did Claudia Jordan make her Money and Wealth?

Claudia Angela Jordan was born on April 12, 1973, in Providence Rhode Island. While she was in high school in Rhode Island, Claudia was athletic. 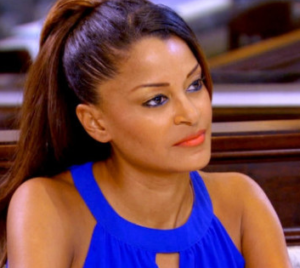 Claudia’s career in modeling started early. At the age of 17, she competed in the Miss Rhode Island’s USA pageant and won the title of Miss Rhode Island. She was only the second African-American woman to hold that title. Seven years later, Claudia Jordan placed in the top 10 at the Miss USA pageant of 1997. While she worked on her professional career in modeling and acting, Claudia was also employed at the Providence American newspaper, as well as a Boston television station.

Claudia appeared in the television series Jack and Jill on the WB network. She also had a stint on the American sitcom called City Guys, which aired on NBC. Claudia Jordan landed spots in commercials for Visa, Pepsi, and Coors light. While those ventures brought in cash, the real money started coming in once she became one of Barkers Beauties on the Price is Right starting in 2001. Claudia lasted in that position until 2003. During those years, Claudia Jordan appeared as herself on a guest appearance on the Bold and the Beautiful which was an American TV soap Opera. In 2002, Claudia Jordan appeared on the US game show called Dog Eat Dog. There, she competed with other contestants in trivia, physical competitions, and other assorted games.

In 2005, Claudia Jordan appeared on the TV show That’s So Raven as Miss Bonita. Around that time, she got a regular gig on Deal or No Deal as model number one. That job continued until 2010. In an effort to make more money, Claudia appeared on Celebrity Apprentice in 2009 as a contestant. In 2012as she battled depression as well as a chapter 12 bankruptcy, she co-hosted a show on VH1 called Tiny’s Tonight alongside Trina and Tamar Braxton. Claudia returns to Celebrity Apprentice for the All-Star version in 2013 as she tried to impress Donald Trump. In 2015, Claudia Jordan joined the cast of the Real Housewives of Atlanta as a main housewife, replacing Kenya Moore in the show’s seventh season. In 2016, Claudia was one of six former reality television personalities to appear on the reality show The Next: 15. The show has eight actual episodes, as well as 2 reunion episodes. 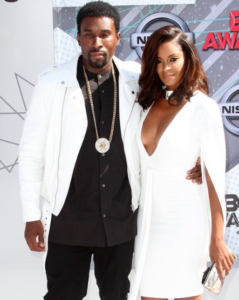 In 2009, Claudia was married to Datari Turner, but the marriage was annulled months later. According to TMC, the annulment was filed because her former husband fraudulently represented himself. Claudia did not let that experience ruin romance for her. In March 2016, Claudia Jordan started dating singer Medina Islam. The pair confirmed the relationship in July 2016 during the Essence Festival. On 10 November 2016, Claudia shared a picture of her engagement ring on the social media site Instagram.

Claudia Jordan is likely to make about $175,000 per year, based on her modeling and commercial work, as well as whatever shows she happens to be in at the time. Other Real Housewives have made from $100,000 all the way up to several million dollars for doing the show.

How much money does Claudia Jordan make per day? 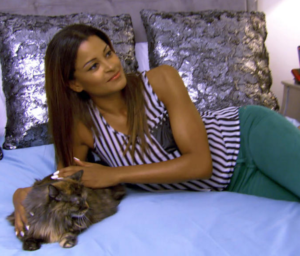 Claudia Jordan lives in a high-rise apartment in Atlanta, Georgia. You can get a good look at this by watching the real housewives of Atlanta. The apartment features lots of windows and natural light. Her decorating style seems to be comfy and casual. Her bedroom features a king-size bed with lots of glittery throw pillows, as well as a walk-in closet. Claudia also has a bar area in her living space which is great for enjoying some wine. 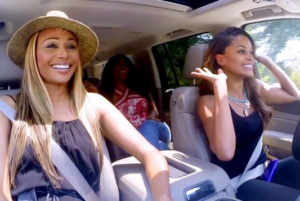 Claudia Jordan drives anything special, I was unable to locate that information. It does seem like the reality TV star has a bad record with cars. In 2015, her car was broken into and her laptop was stolen. Later that year, she was in a six car pileup on the Atlanta Turnpike. While her car was damaged, Claudia was able to drive herself to the hospital where she was treated for severe whiplash.

Claudia Jordan has a charity called Claudia’s Closet, which is a nonprofit that delivers prom dresses from Claudia’s wardrobe to junior and senior girls in need across the United States. She started the charity in 2011 after she received a Facebook message from a woman who is unable to afford a prom dress for her daughter. In 2013, she picked the Tom Joyner Foundation as her charity of choice when she went to appear on Celebrity Apprentice. The Facebook page for Claudia’s Closet has not been updated since 2015. In 2016, Claudia made a donation of $10,000 for a nonprofit AIDS awareness organization.