What Happened to Jermaine Paul – New Updates for 2018 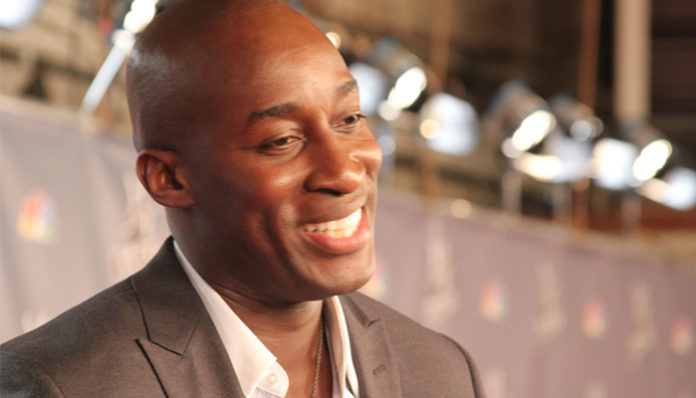 American R&B artist Jermaine Paul is best known for being the champion of the second season of The Voice. Originally from New York, he grew up in the Spring Valley neighbourhood with his nine brothers and siblings. Introduced to music at a young age by his parents, he learnt how to play a number of instruments during his youth including the guitars, piano and drums. By the time Paul was in his early teens, he had somewhat of a reputation as a singer in the local area. At the age of fourteen, he relocated to Harriman, New York, where he eventually penned his first song. From there, he continued to hone his skills, taking up both jazz and rock. During his time as a high school student, Paul was also an involved member of the voice ensemble and all-county chorus. At one point in the early 90’s, he was a part of a quartet music group called 1Accord.

Working to perfect his sound, he produced and wrote a number of tracks over the next few years, during which he worked with artists Shaquille O’Neil, Christopher Williams, Brandy, Rodney Jerkins, and Marry J Blige, to name a few. Determined to make it big in the music industry, Paul eventually joined a music crew called FOCUS, with whom he performed with in the ti-state area. Later deciding to test his luck, he tried out for the first season of the talent competition series, American Idol; despite his best efforts however, Paul did not make the cut. Ultimately, it wasn’t until 2012 that his luck changed with the NBC series, The Voice. After a successful audition with Avril Lavigne’s Complicated, he earned a coveted spot in the competition. Several weeks of challenges later, the New Yorker was announced as the big winner of the show.

After taking home the winner’s title, his final song- a rendition of I Believe I Can Fly made it onto the Billboard Hot 100. Some of the other titles that he performed on the show included Get Outta My Dreams, Get Into My Car, I Believe I Can Fly, Against All Odds, Livin’ n a Prayer, I Believe in This Life, Soul Man, and Complicated. Since his win on The Voice, Paul has also been featured in the TV talk shows, Chelsea Lately, The Tonight Show with Jay Leno, and Big Morning Buzz Live. While he hasn’t come out with a studio album, he did go on to release a couple of songs- Know You and Everybody in 2013.

What has the former The Voice champion been up to these days? Is he still frequenting the studio to work on his music? Will he be dropping any new hits anytime soon? Or has he chosen to take a break from recording? What new projects have been eating up his time as of late? What happened to Jermaine Paul? Where is he now in 2018? 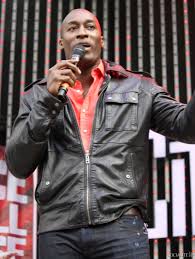 Born on July 26, 1979 in Harriman, New York, Jermaine Paul (Birth Name: Jeremiah Jermaine Paul) is the fifth oldest out of ten children. Raised in the village of Spring Valley, he developed an interest while he was still in grade school. Growing up, he taught himself how to sing and play a number of instruments such as the drums and piano. By the time he was eight years old, he was a regular performer at the local church and talent shows.

At the age of twelve, Paul and one of his older brothers relocated to their family’s farm in Alabama, to be with their grandfather. Ultimately, it was then that he was first introduced to the guitar. Despite the fact that he never received formal lessons, he skillfully mastered the string instrument; before long, he was performing at the local church. Around that time, Paul’s interest also began to shift towards hip hop and R&B- in particular, he was fond of the works of Jackie Wilson, Otis Redding, Sam Cooke, and Marvin Gaye.

Returning to New York a couple of years later, he soon penned his first song. Continuing his education at a local high school, he was later introduced to alternative rock, and rock music. Deciding to try his hand at it himself, him and his brother soon joined a four-man crew called 1Accord. Together, the group recorded a song entitled, Don’t Stop Don’t Quit in the early 90’s; it was later featured in the film, Booty Call.

While he was in high school, Paul was also a member of the all-county chorus; not only that, but he was a part of a classically-trained voice ensemble. Although he received a basketball scholarship to college, he rejected the offer in lieu of pursuing his musical career. At the age of seventeen, him and his group 1Accord signed with Twisim Records- Shaquille O’Neil’s recording label.

With their talent, they eventually landed the opportunity tooter South East Asia, opening for the likes of Shaq, Peter Guns & Lord Tariq. Continuing to add projects to his catalogue, Paul later worked with artists Christopher Williams, Marry J Blige, Kelly Price, Brandy, Corey Rodney, and Alicia Keys. At the age of twenty four, the New Yorker contributed to the back-up vocals of her hit song, Unbreakable. Some of his other early projects include Rivers, Unbreakable, Diary, Gold Digger, Airplane, and The Preamble. In 2006, he received a Grammy Award nomination for Best R&B Vocal Performance by a Duo or Group for his collaborative efforts on Alicia Keys’ song, If This World Were Mine.

After accumulating a few years of experience, Paul decided to try his luck at the first season of American Idol, a new talent competition series that hit the country at the time. Unfortunately, he did not receive a callback from the producer. Not letting it get to him, the New Yorker continued to hone his craft over the next few years.

Jermaine Paul on The Voice 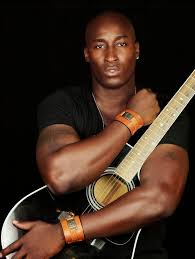 In his early thirties, Paul decided to try his luck again- this time on the NBC talent competition series, The Voice. For his initial blind audition, he chose to perform a rendition of Complicated by Avril Lavrigne; in response to his performance, two of the four judges ended up turning their chairs for the singer. By the end of it, he had chosen to be a part of Team Blake- some of his fellow teammates included Gwen Sebastian, RaeLynn.

Following the blind auditions, the competition proceeded to the Battle Rounds- a stage in which the contestants battle against each other for a chance to remain on the show. With the help of a few advisors, the coaches also started to narrow down the playing field by training the different artists.

The fourth to perform during episode eight, which aired on March 19, 2010, Paul went head to head against fellow teammate, ALyX- the two had chosen to sing the song, Get Outta My Dreams, Get Into My Car. After what seemed like an intense showdown on the stage, he advanced to the next round while ALyX was sent home. By the end of the Battle Rounds, over two dozen contestants had been eliminated from the competition.

By April of that year, the competition had moved on to the next stage- the Live Shows. The first to perform during week one, Paul hit the stage with a rendition of Livin’ on a Prayer by Bon Jovi. Met with applause, his performance ultimately earned him the public’s vote, which advanced him to the next round. By the end, a handful of contestants were eliminated including Naia Kete, Charlotte Sometimes, Moses Stone, and Sera Hill; Ashley De La Rosa and Jordan Unga were saved by Coach Christina and Blake respectively.

A couple of weeks later, Paul and the rest of the competitors found themselves on the stage of the Quarterfinals. For the first time in the show history, an instant elimination was done by each of the coaches. The fourth to go from Blake’s team, the New Yorker decided to sing Against All Odds by Phil Collins. Once again met with applause, he easily earned the public’s vote, as did Chris Mann from Christina Aguilera’s team. That week, two were sent home- Jesse Campbell, and Jordan Unga.

For the subsequent Semifinals, Paul sang the 1981 hit, Open Arms by the American rock band, Journey. Another great performance, it earned him 50 Coach points and 73 Public points- which was enough to advance him to the finals. Besides him, Tony Lucca, Chris Mann, and Juliet Simms also made it as finalists; on the other hand, Erin Willett, Jamar Rogers, Lindsey Pavao, and Katrina Parker were sent home.

Unique to the semifinals, the finalists from the original season also returned to perform duets with the contestants.

Finally, the long-awaited Finals aired on May 7, 2012. The one to start it off, Paul sang I Believe I Can Fly by R. Kelly as his solo song; he later sang God Gave Me You as his Coach tribute song and Soul Man as a duet with Blake Shelton. After everyone had performed, he was announced as the grand winner of the entire competition, with Juliet Simms as the runner-up and Tony Lucca in third place.

Jermaine Paul After Winning The Voice

Shortly after his win, Paul’s winning hit, I Believe I Can Fly peaked at number 83 on the Billboard Hot 100 record chart. Although not as big of a hit, his duet with coach Blake, Soul Man also reached number 108 on the music chart.

Not long afterwards, The Voice winner was featured in a few TV talk shows including Chelsea Lately, The Tonight Show with Jay Leno, and Big Morning Buzz Live. Although he hasn’t yet released a studio album, word is that he’s working on it!

As far as public appearances go, he has also entertained crowds a number of times in New York. For instance from 2012 until 2014, he performed at Palaia Vineyards, the Apollo Theatre, and The Cutting Room.

Recently this May, Paul made a surprise appearance at the Rashi School’s annual fund-raising dinner at the Seaport Hotel in Boston, Massachusetts. Not only did he wow the audience with his jokes, but he also performed a number of hit popular songs at the event.

As far as other performances,The Voice winner also performed at the Iridium in New York this past spring, and at the 965TIC Spring Fling event alongside Javier Colon and Adam Lambert.

Looking at his current schedule, it would seem that he has one more show planned for this year, at The Theatre at North in Scranton, PA, on December 3rd, 2017. Should you be interested in the event, know that tickets are still available for purchase.

If you’d like to stay in touch with the 37-year-old R&B artist, you can do so by following him on social media. You can find Jermaine Paul on Twitter at @JermainePaul or on Facebook at @MusicbyJermainePaul.