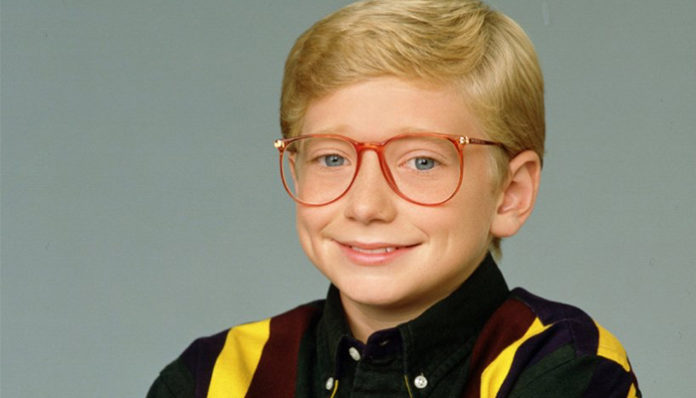 Former child actor Christopher Castile rose to fame in the early 90’s in the ABC sitcom, Step by Step. Born and raised in Orange County, California, he got involved in television when he was still in grade school. At the age of ten, he appeared in Totally For Kids, a safety interstitials segment that aired on Saturday mornings. From there, he eventually landed a small role in the comedy series, ABC TGIF (1990). Continuing to put himself out there via auditions, Castile later appeared in My Two Dads (1990), Hurricane Sam (1990), and The Fanelli Boys (1990) that same year. In 1991, he the young actor received his first recurring role in the sitcom, Going Places, where he was featured in a three-episode arc. Shortly afterwards, he made a brief guest appearance in the TV series, The Family Man (1991). Ultimately, it wasn’t until he was eleven years old in 1991, that he found himself reaching stardom with the sitcom, Step by Step.

The breakthrough that he’d been waiting for, Castile played one of the main cast members in the show alongside Patrick Duffy, Staci Keenan, Suzanne Somers, and Brandon Call, among others. Hugely popular during its run in the 90’s, the series garnered the young actor much exposure and attention. Portraying the role of Mark Foster, Castile ultimately remained on the show for seven years, from 1991 until 1998. By 1996, Step by Step had garnered him three Young Artist award nominations. That wasn’t the only big break that he collided with however- in 1992, his fame also soared with the comedy film, Beethoven, in which he co-starred in. Applauded for his performance, the motion picture later went on to earn him another Young Artist Award nomination for Best Actor Starring in a Motion Picture. A year later in 1993, Castile returned to the big screen in the subsequent sequel, Beethoven’s 2nd, which saw him reprising his original character.

While he was filming for Step by Step during the 90’s, the California-born actor also tackled a few side projects. For instance in 1995, he appeared in an episode of the popular TV series, Are You Afraid of the Dark?. In 1996, the then sixteen-year-old also lent his voice to one of the supporting characters in the children’s animated cartoon, Hey Arnold. Altogether, he appeared in eight episodes between 1996 and 1998; afterwards, his role was replaced. Following the end of Step by Step in the late 90’s, the actor announced that he will be retiring from the show business. Altogether throughout his acting career, Castile had taken on over a dozen different roles on both television and film.

What has the former child star been up to now that he’s left acting for good? What career path did he end up taking? What is his life like nowadays? What happened to Christopher Castile? Where is he now in 2018? 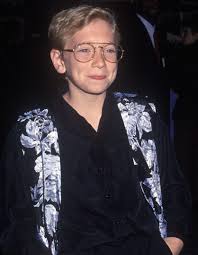 Born on June 15, 1980 in Orange County, California, Christopher Castile, like many child actors, got involved in the television scene at a young age. When he was just seven years old, he was introduced to his grandfather’s friend’s wife, who happened to work for a local talent agent. Instantly falling for his comedic personality, she later pulled some strings that allowed him to appear on the small screen. While still in grade school, Castile was casted in a number of television commercials such as those for TJ Max, McDonald’s, M&M’s, Kellogg’s Cereal, and Capri Sun; altogether, he appeared in well over twenty advertisement gigs.

Later going on to audition for television series, Castile appeared in ABC TGIF in 1990; he was just ten years old at the time. Eventually landing more roles on the small screen, he went on to appear in the comedies My Two Dads (1990), and The Fanelli Boys (1990) and in the TV film, Hurricane Sam (1990). Not long afterwards, he was cast in his first recurring role in the ABC series, Going Places (1991), where he appeared for three episodes. From there, he made a small appearance in The Family Man (1991), prior to scoring a huge break with the ABC sitcom, Step by Step later that same year. His first major role on television, his delightful performance on the show garnered him much attention at the time, as a young actor. 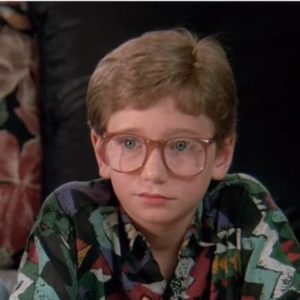 His first major role on television since his debut, Step by Step revolved around two single parents who get married after meeting one another’s families on vacation. While actors Suzanne Somers and Patrick Duffy played as the parents in question, Castile portrayed the role of Mark Foster, the youngest child of the Foster family who is is into academics and computers. A big breakthrough for the actor, the sitcom garnered him a considerable amount of attention, compared to his earlier works.

Set in a fictitious version of Port Washington, Wisconsin, the sitcom follows a divorced contractor named Frank Lambert, and his three children, and a recently divorced beautician named Carol Foster and her three children. After the two parties meet in Jamaica, they get impulsively married, which leads to the formation of a large family. Although their children are initially angry at their parents decision, they eventually accept their new situation.

A member of the main cast, Castile played alongside Staci Keenan, Brandon Call, Angela Watson, Patrick Darbo, and Christine Lakin, among others. Relatively popular during its run in the 90’s, Step by Step ended up continuing for seven years, from September of 1991 until June of 1998- of course, the young actor remained for the entire duration, from its debut to its eventual cancellation.

Easily the greatest highlight of his television career, the ABC sitcom not only earned him praise and recognition, but it also garnered him a few industry accolades. At the age of thirteen, he received his first Young Artist Award nomination for Best Young Actor Starring in a Television Series; he was later nominated for the category of Outstanding Youth Ensemble in a TV Series alongside his co-stars in 1994, and for Best Performance by a Young Actor in 1996. 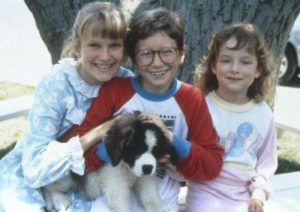 Just a year after landing his big gig in Step by Step, Castile made his feature film debut in the comedy, Beethoven (1991). Directed by Brian Levant, it told the story of Beethoven, a friendly St. Bernard named after the famous composer, who is owned by the Newton family. In the movie, the young actor plays as Ted Newton, one of their three children. Having bonded with the pooch, Beethoven eventually comes to his rescue later in the film after he is confronted by a few school bullies.

As it happened, the St. Bernard had escaped from a couple of dog thieves, and into the family’s home one night. Although their father, George Newton, did not want to take on the responsibility of a pet, his wife and their children ultimately work to convince him otherwise. The gentle giant received his name after barking along a portion of Ludwig van Beethoven’s Fifth Symphony, after their daughter Emily, had played it on the piano.

Working with a number of different actors, Castile had the chance to work with Charles Grodin, Dean Jones, Nicholle Tom, Bonnie Hunt, and Sarah Rose Karr. A considerable box office hit, Beethoven ended up grossing $147.2 million by the end of its theatrical run from a budget of $18 million. Although reviews were generally mixed, it received a number of accolades including a Genesis Award for Best Featured Film. For his portrayal of Ted Newton, Castile was also nominated for a Young Artist Award.

Following the success of the first film, Castile returned as Ted Newton in the sequel, Beethoven’s 2nd, which was released theatrically in 1993. Directed by Rod Daniel, it welcomed back most of the original cast including Charles Grodin, Bonnie Hunt, and Debi Mazar.

Once again starring Beethoven, it follows the St. Bernard as he meets a female partner, Missy, after sneaking out of the family home one day. Working together, she ultimately escapes from her owners’ condo, who are going through a divorce. From there, the two St. Bernard quickly fall in love; before long, they had four puppies- Ted and his sister Emily are the first to discover this at the basement of a building. Unfortunately, the canine family is soon separated after the puppies are dognapped.

Released in theatres on December 17, 1993, Beethoven’s 2nd proved to be a major commercial success, having taken in a total of $118 million at the box office, from a $15 million budget. Despite the amount that it brought in however, it received mostly negative reviews from critics. Still, the film earned a handful of accolades including an Oscar Award nomination, a Grammy nomination and a Golden Globe nomination in 1994.

For his contributions to the movie, Castile was also nominated for a Young Artist Award for Best Performance by a Youth Ensemble in a Motion Picture, which he shared with his co-stars Nicholle Tom, and Sarah Rose Marr.

Looking back at his acting career, those were the only two films that he had taken a part of during his days as an actor. Luckily, the two titles are often fondly remembered by fans.

Unfortunately for fans, Castile left the acting scene behind him after the cancellation of Step by Step in 1998; he thus effectively retired as an actor at the age of eighteen.

Prior to that however, he did take on a few other projects while shooting the ABC sitcom during the 90’s. For instance in 1992, shortly after starring in Beethoven, he appeared as a one-off character in the TV series, Empty Nest. Following that, Castile appeared in ABC Sneak Peek with Step by Step (1994), and in an episode of the popular horror anthology series, Are You Afraid of the Dark? (1995).

At the age of sixteen, Castile also made his voice acting debut in the Nickelodeon animated series, Hey Arnold! (1996). In the cartoon, he lent his voice to Eugene Horowitz, Arnold’s socially awkward friend who is prone to bad luck and is often bullied. After voicing his character for eight episodes in season one, his role was replaced by actor Jarrett Lennon- who coincidentally happened to be the same person who was originally cast as Mark Foster in Step by Step (1991), before he was replaced by Castile.

After retiring from acting in 1998, Castile went on to receive a master’s degree in history. Currently, he works as a political sciences professor at La Mirada’s Biola University.

Not only that, but he also teaches US history at Downey High School. According to him, teaching is where his true passion lies; in fact, he stated that he “didn’t get much out of acting”. Now a dedicated teacher, most of his peers had absolutely no idea that he was a former child actor before he had revealed that about himself.

Will he be returning to acting? We’d say that’s highly unlikely.