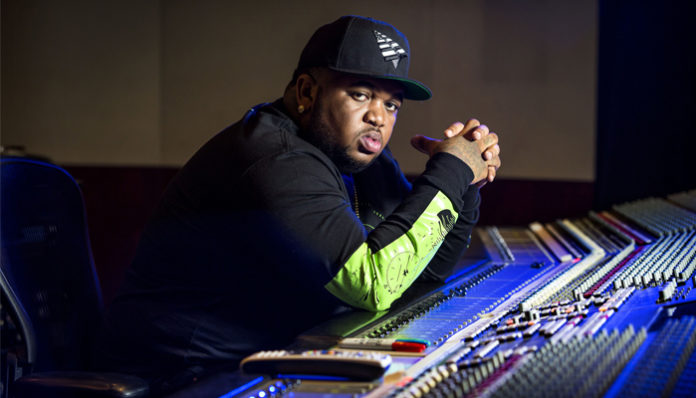 American record producer DJ Mustard first made his mark as a hip hop artist with the release of his 2013 mix tape, Ketchup. Born and raised in Los Angeles, he deejay-ed for the first time at the age of eleven during a family party. As he continued to DJ over the next few years, his skills grew increasingly more refined. Before long, he had adopted his current stage name and was performing at various local clubs.

Eventually getting involved in the scene as a music producer, DJ Mustard helped to produce a number of tracks for Tyga, 2 Chainz, and Young Jeezy in the early 2010’s. It wasn’t until 2013 that he made his debut as a recording artist with his first mix tape dubbed, Ketchup. Since then, his discography has grown at an alarming rate, with multiple albums, and singles under his name.

At just twenty six years of age, DJ Mustard’s net worth is currently approximated to be well in the millions. How did he achieve this feat? To find the answer, let’s take a look at his music career.

How did DJ Mustard Make His Money & Wealth? 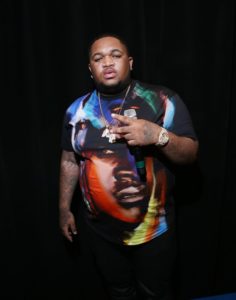 Born on June 5, 1990 in Los Angeles, California, DJ Mustard (Real Name: Dijon Isaiah McFarlane) first tried his hand at deejay-ing while still in grade school, after being invited to do so by his uncle, who worked as a DJ, at a family party. Quickly growing fond of it, he eventually began honing his craft over the next years, into his teens.

By the time he was in his late teens, he had started to DJ at local clubs under the moniker of DJ Mustard. From there, it wasn’t long until he began to get involved in the music production scene, after growing comfortable with the music software, Reason.

In 2010, DJ Mustard produced a number of singles for American rapper, YG including You Broke and Bitches Ain’t Shit. That same year, the Los Angeles-native also came out with an unofficial compilation album which was released via the Thump Records imprint.

Continuing to find success as a music producer over the next year, he eventually helped to produce Rack City in late 2011, a song from Tyga’s second studio album, Careless World: Rise of the Last King. A huge hit, it peaked at the top of the US Hot R&B and Hip Hop record chart and has since gone platinum twice in the United States.

Following that, DJ Mustard worked with Atlanta-based artists 2 Chainz on his song, I’m Different and Young Jeezy on his mix tape, It’s Tha World. In addition, he also helped to produce several titles on Bow Wow’s studio album, Underrated, although the project has since been delayed.

On June 3, 2013, DJ Mustard made his debut as a recording artist with the release of his first mix tape, Ketchup. Featuring a number of guest artists such as Joe Moses, Clyde Carson, Lil Jon, Kid Ink, and Lil Snipe, it further cemented his place in the music realm. By the end of the year, he had come out with three singles including Money, Throw it Up, and This D.

On August 11, 2014, his first full length album, 10 Summers was made available. Featuring the production of none other than DJ Mustard himself, its contents were first revealed that July. Boasting thirteen tracks, his debut effort was primarily well received upon critics. A worthwhile endeavor, the album ended up peaking at number 143 on the Billboard Top 200, number 20 on the Top R&B and Hip Hop Albums and number 14 on the Top Rap Albums charts.

A successful title, 10 Summers later spawned the records, Vato (Feat. YG, Jeezy and Que), and Down on Me (Feat. Ty Dolla Sign and 2 Chainz). Considering how he’s been downloaded and streamed thousands and thousands of times since its release, it’s only natural to have earned DJ Mustard a hefty paycheck.

On September 30, 2016, his second full length album entitled, Cold Summer was released via Republic Records and Roc Nation. Similar to his previous works, most if not all of the project was produced by DJ Mustard himself. Comparable in terms of success as his first album, it ended up peaking at number 24 on the Top Hip Hop Albums chart and at number 14 on the US Top Rap Albums chart.

Cold Summer ultimately led to the release of two singles by 2017, including Don’t Hurt Me (Feat. Nicki Minaj and Jeremih) which peaked at number 20 in Australia and Want Her (Feat. Quavo and YG).

As accomplished as he is as a recording artist, he hasn’t dropped his work as record producer. Throughout the past years, DJ Mustard has produced countless hit singles including the 4x Platinum Rack City by Tyga, the 2x Platinum titles, I’m Different by 2 Chainz, HeadBand by B.o.B, Show Me by Kid Ink, My Nigga by YG, Or Nah by Ty Dolla Sign, Don’t Tell ‘Em by Jeremih, among numerous others. In 2016, the Los Angeles-native also produced Rihanna’s famous single, Needed Me which has since gone platinum four times in the US.

In terms of additional income sources, fans are able to support his work by purchasing his official merchandise via his online store. Exclusively available at Wildstyle LA, products range from $30 to the $100 range.

As a music artist, DJ Mustard is also able to pick up a significant amount of change from putting on concert shows. In fact just looking at his official site now, it appears that he has a list of shows planned for this summer in Las Vegas, Ottawa, Canada, and Philadelphia. Without a doubt, these performances are a major stream of revenue for the musician.

On Youtube, the artist also has a sizable subscriber count of 154,000; since he first joined the site in November of 2013, he had received well over 44,000,000 lifetime views. Just imagine how much DJ Mustard has been able to earn from google ads alone- the average user can yield anywhere from $2-$5 per 1000 views. If we were to do the math, then his channel would have already brought him at least $88,000- and that’s assuming on the low end.

At just twenty six, DJ Mustard has become one of the most well recognized music producers in the country. Currently, his fortune is estimated to be hovering the $8 million mark- will this amount be going up anytime soon? If his past success is of any indication, our answer is going to be yes!

Who knows, perhaps he will start to get more involved with Hollywood and television in the near future.

No, DJ Mustard is not married. At one point however, he was engaged to his longtime girlfriend, Chanel Thierry, an Instagram celebrity. Although the two had originally intended to tie the knot, Chanel had called off the wedding after he allegedly cheated on her with another woman.

It is unknown whether or not the music producer had any relationships in the past.

Does DJ Mustard Have Any Children?

Where did DJ Mustard Get His Name From?

The hip hop music artist’s professional name, DJ Mustard is derived from a pun with the condiment dijon mustard, as his given name is “Dijon”. Allegedly, he started to go by his current stage name when he was still in his teens.

Did DJ Mustard go to College?

No, the Los Angeles-based rapper and producer did not go to college. In fact, he allegedly dropped out of high school only five credits shy of graduation.

Where Does DJ Mustard Live? Pictures of DJ Mustard’s House 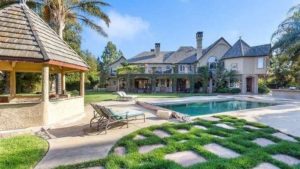 Recently this January, DJ Mustard purchased a luxurious home behind the gates of Chatsworth for a whopping $2.36 million. Situated on three acres of land, the English-style mansion features a six-car garage, a tennis court, a personal spa, as well as a swimming pool. Not only that, but it is also fitted with a fully equipped gym and theater room.

What Kind of Car Does DJ Mustard Drive?

According to various sites, DJ Mustard owns a Mercedes CLS 63 AMG as well as a BMW i8.

A renowned record producer and songwriter, DJ Mustard has demonstrated his musical talents time and time again over the years. Naturally, his work has reeled in a number of awards throughout his career including four BET Hip Hop Awards and 12 Hip Hop/R&B Awards.

DJ Mustard as a Philanthropist

In January 2016, DJ Mustard showed his philanthropic side after donating $10,000 to the Flint Water Crisis, in order to match Big Sean’s donation of the same amount.

That same year, Big Sean and him also teamed up with a company called STATE Bags, to donate backpacks to underprivileged children in the country.

Currently, DJ Mustard is on the roads for his 2017 tour which is slated to continue until June in Las Vegas.

As far as musical releases go, he dropped his single, Want Her (Feat. Quavo and YG) earlier this year. Additionally, he also helped to produce Kid Ink’s 2017 track, F with U (Feat. Ty Dolla Sign).