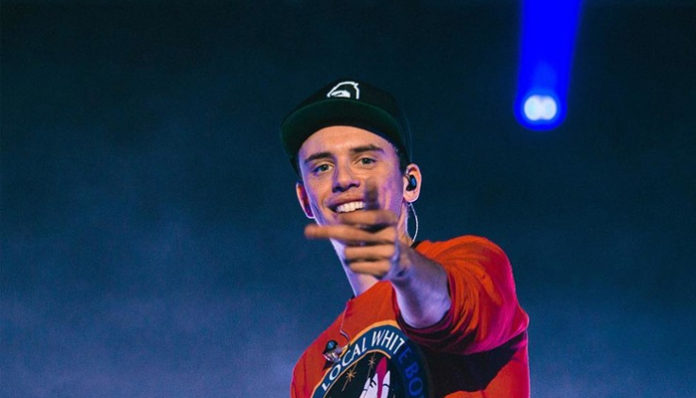 Sir Robert Bryson Hall II- better known as Logic, took his first step into the music industry with the release of his mixtape, Young Broke & Infamous in 2010. Hailing from Maryland, he spent his childhood in the less-than-affluent neighborhood of West Deer Park, where a significant amount of residents lived in poverty. Growing up, he saw both of his parents succumb to alcoholism and drug addiction.

Despite the negative influences around him, he managed to stay out of trouble. At the age of thirteen, he developed an interest in hip hop after watching the first Kill Billfilm. By 2009, Logic was already performing in the local music circuit. The following winter, he dropped his debut mix-tape, Young Broke & Infamous which garnered him nationwide attention.

Since then, the rap star has put forth two additional albums, a handful of mix-tapes and ten singles. Supported by his successful music career, it is currently estimated that he has a fortune of $10 million.

How did Logic Make His Money & Wealth? 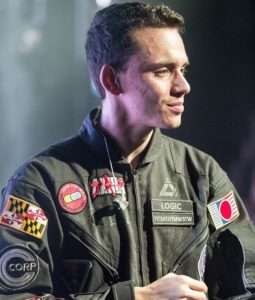 Born on January 22, 1990 in Gaithersburg, Maryland, Logic (Birth Name: Robert Bryson Hall II) was raised in the West Deer Park area of Maryland, where most residents lived below the poverty line. Growing up, both of his parents were often absent due to their alcoholism and cocaine addiction; his youth as a result, was not exactly idyllic. When he was a young teen, his brothers were also known to have sold and distributed crack around the block.

After dropping out of high school in tenth grade, Logic started to grow interested in rap music, partly influenced by the film, Kill Bill: Volume 1 (2003). Inspired by the music of the hip hop group Wu-Tang Clan, he eventually started to pen his own lyrics in the late 2000’s. By 2009, Logic had began performing under the moniker, “Psychological”; shortly afterwards, he released his first unofficial mix-tape called, Psychological – Logic: The Mixtape. From there, the aspiring rapper received a small break after being invited to open for artists such as Ludacris, EPMD, Pitbull and Method Man in Maryland.

On December 15, 2010, Logic released his official mix tape entitled, Young, Broke & Infamous. Met with a positive reception, it helped him to establish his initial following. To date, it is said to have been downloaded over 250,000 times on the music site, Datpiff. As it happened, the tape eventually reached the ears of Chris Zarou of the Visionary Music Group. Noticing his talents, he subsequently signed him onto the independent imprint.

The following year, the artist dropped his second mix tape, Young Sinatra. Co-produced by Logic himself, it boasted twenty two hip hop tracks, a few of which featured appearances from Camille Michelle Gray, C Dot Castro, and Raheem DeVaughn. Another success, it spawned the hit single, All I Do, whose music video has since been viewed over a million times on Youtube.

On April 30, 2012, Logic came out with his third mix tape, Young Sinatra: Undeniable. The second of the Young Sinatra series, its contents revolved around a number of personal topics including his father’s drug use and the stabbing of his mother. Although it didn’t chart, the tape helped to further expand his presence in the music industry.

On May 7, 2013, he released his fourth mix tape, Young Sinatra: Welcome to Forever. Made available as a digital download, it proved to be a major hit, having been downloaded more than 100,000 times within a day. As of 2016, it has seen over 800,000 downloads. Critically acclaimed, it effortlessly bumped up Logic’s popularity by a few levels.

The next year, his highly anticipated debut album, Under Pressure was made available on October 21, 2014. The big breakthrough that he had been waiting for, its musical contents was the target of much praise following its release. Upon hitting stores, the album entered the US Billboard Top 200 at number four and sold 72,000 units within the first week; additionally, the title also reached number two on the US Rap Albums and Top R&B Albums charts. Within a year, it had sold more than 197,000 copies.

In addition to being a major hit in the US, Under Pressure also charted in Belgium, Canada, New Zealand and the UK. The album eventually saw the release of two singles, Under Pressure and Buried Alive. As of 2016, it has received gold certification from the RIAA for having sold more than 500,000 copies domestically. The album is said to have earned Logic a little under $500,000 in profit.

On November 13, 2015, Logic released his second full length album entitled, The Incredible True Story. Similar if not more successful than his previous endeavor, it debuted on the Billboard Top 200 at number three, with approximately 118,000 first-week sales; eventually, the album also reached the top of the Top Hip Hop Albums chart in the US. Continuing to bring his success outside of the United States, the title also charted in Australia, Canada, Belgium Ireland, and New Zealand. Within a year, it had earned itself gold certification, making it Logic’s second RIAA-certified album in a row.

On July 1, 2016, the artist dropped his most successful mix tape yet, Bobby Tarantino. Lauded for its production, which was handled by Logic himself, it entered the US Billboard 200 at number 16, with approximately 19,000 sales within the first week. By the end of the third week, it had sold over 26,000 units. Eventually reaching number two on the Top R&B and Hip Hop Albums chart, it also peaked the top of the New Zealand Heatseekers record chart and made it to the top 50 in Canada.

Most recently, Logic’s third album entitled, Everybody came out on May 5, 2017. Executively produced by himself with help from 6ix, it included thirteen new tracks, most of which were praised by fans. While it didn’t chart in his native US, the album did reach the charts of several other countries including Australia, Belgium, Finland, New Zealand

That same year, his earnings also took a leap after he contributed to one of the hit songs, Sucker for Pain for the film Suicide Squad. Supported by the success of the movie, the track ended up peaking at number 15 on the Billboard Top 100, number 3 on the Top R&B Songs chart and number 1 on the Top Rap Songs chart; on top of that, it also charted in Canada, Australia, New Zealand, Belgium, and the UK. Widely acclaimed, it has since gone platinum twice in the US.

As a featured artist, Logic has also worked with several other musicians including Gin Wigmor, Suffa, Rozes, Tech N9ne, and Big Giantic. Speaking of collaborations, he has also contributed to the works of Dizzy Wright, Jon Bellion, Statik Selektah, Demrick, X Ambassadors, Lil Durk, and Juicy J, among others.

Following his big break, two of his songs were featured and used in the movies Earth to Echo (2014), and Suicide Squad (2016).

What’s another major source of income for the star? Concerts. Throughout his career, he has performed at a number of tours including at the Visionary Music Group Tour, the Welcome to Forever Tour, The Cud Life Tour, the Verge Campus Spring Tour, the While You Wait Tour among others.

While he’s hitting the roads, his merchandise at the events also sell like hot cakes- inevitably supplementing his already high income.

With all that he has going for him, his net worth of $10 million is sure to increase over the next few years. Let’s take a look to see how his earnings have come up within the past years. In 2012, it was estimated that he had a take home paycheck of $2.7 million. Since then, this figure has only increased ever so fast; by 2015, it was said that he had earned over $5 million.

Yes, the American rapper has been married to Jessica Andrea for two years since October of 2015. From what we can tell, the two have been enjoying their married life together.

It is unknown whether or not Logic had any relationships in the past.

Does Logic Have Any Children?

No, Logic does not have any children.

Where Did Logic Get His Name From?

At the beginning of his career while he was still a teen, he had picked up and began performing with the moniker, “Psychological”. As time went on, he eventually shortened his stage name to “Logic”- this occurred shortly after he opened for a number of artists in his native Maryland.

Did Logic Go to College?

No, Logic did not go to college. As a teen, he was a student at Gaithersburg High School however he was ultimately expelled due to excessive skipping when he was in the teneth grade. Since then, he has focused his efforts and time on his burgeoning career in music.

Where Does Logic Live? Pictures of Logic’s House

The rapper currently lives in a sizable property in Los Angeles. In an episode of MTV Cribs, Logic showed viewers his legitimate recording studio (converted from a basement), and impressive collection of video games.

From living in Maryland a few years ago without anything to his name to what he has today, Logic sure has come a long way.

What Kind of Car does Logic Drive?

The last time we checked, Logic was driving an Audi A4.

How Much Did Logic Earn Last Year?

According to various to various websites, Logic earned a little under $5 million in 2016, although this has not bee confirmed.

Within just a few years of making his music debut, Logic has successfully engraved an identity for himself in the hip hop realm. Not only has he achieved several charting records but a handful of them have also received RIAA certification. All together, he has sold millions of discs worldwide.

Most recently, he also reached a milestone after his third studio album, Everybody peaked at the top of the US Billboard Top 200.

Just a few days ago, it was announced that the Maryland-based artist will be hitting the roads for his Logic Presents: Everybody’s Tour, in support of his new album. According to the announcement, the event will kick off at Salt Lake City on July 7th and continue until late August in Toronto. Tickets are still available for purchase as of May 2017.