Michael Sena’s Pro-Fit Update – What Happened After The Profit

Michael Sena’s Pro-Fit Before The Profit

Michael and Tina Sena own a studio called Michael Sena’s Pro-Fit in Indiana. They are both experienced fitness trainers that offer a personalized service. Michael Sena started out in the industry as a bodybuilder before he moved to being a personal trainer. He has invented a fitness product is the author of a book about fitness. He’s married to Tina, who owns 50% of the business and was also a bodybuilder.

The business is starting to lose money. Clients just weren’t coming in. Spending time managing the business was taking away from spending time with their four-year-old daughter. Michael and Tina’s relationship was starting to deteriorate.The couple fought about money as well as each of their roles in the business. Marcus was willing to step in and help.

Michael Sena’s Pro-Fit on The Profit 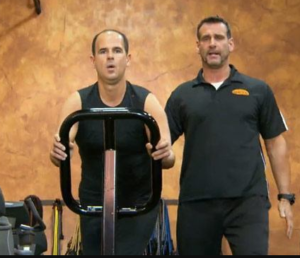 Marcus Lemonis made his way to the Pro-Fit gym, and the first things he noticed was the empty parking lot and a bunch of stores for rent in the complex. Michael welcomed him at the door and told him that there are four businesses in the Plaza. Marcus asked how Pro-Fit distinguished itself from other gyms, and Michael denied that the facility was a gym. He called Michael Sena’s Pro-Fit a small group personal training facility.

Michael explained that they never had more than eight people on the personal training track at a time. Michael said that his wife created healthy treats that were packed with protein to sell. He said that they owned the company 50-50, but his name was still at the top.

Michael told Marcus that Tina used another gym to use different equipment that they didn’t have available at Micheal Sena’s Pro-Fit. Michael said that Tina prepares for figure competitions, which was kind of a sissy undertaking in his words. We’ve only seen him on the screen for five minutes, but he’s already insulted his wife twice.

Marcus asked why Tina’s name wasn’t on the business. Michael cockily said that everyone knew his name from his bodybuilding days and Tina needs to earn her stripes. Tina looked flustered and asked Marcus if he was here to help her. Marcus was concerned that Michael’s ego was getting the better of the business.

Michael said that he was paying $5800 a month for rent, had 122 clients, and made $120 for a four-person class. He told Marcus that most people either came in the morning or in the afternoon. Marcus noted that if they stayed open for the four hours that they were closed, they could generate up to $150,000 per year extra. Tina had Marcus try one of her baked goods. She told him that she had been looking for healthy alternatives to snacks, and made all the recipes herself. Marcus said that they tasted good.

Michael had Marcus go out on the floor for a workout. He agreed that Michael and Tina know exactly what they’re doing. He thought if more people knew that the gym existed, it would be busy all day long. Marcus asked the two business owners what their average revenue for the year was, and Michael wanted to shut his wife and co-owner out of the discussion. Marcus wasn’t having it. Michael finally relented, and said that they made $50,000 in profit out of a revenue of $429,000. Marcus informed him that he didn’t know much about business.

Michael said that he didn’t like talking about that kind of stuff. Marcus said that he liked his passion and his purpose. The three of them sat down at lunch. Tina said that she was looking for Marcus’s business experience and consulting efforts. Marcus clarified that he was not a consultant. He only spends time on businesses that he invests in, and he doesn’t invest in things he that doesn’t like.Marcus stated that he liked their product and their vision, but he thought their execution needed work. Marcus told Tina that he wanted to invest in her baked goods business outside of Michael Sena’s Pro-Fit, and learn to be a business owner. Tina looked ecstatic, but Michael looked annoyed. Marcus offered her $50,000, in exchange for the $50,000 back and 50% of the business. He said that he would provide all of the resources to do it.

Michael was upset about the 50%. Marcus asked her to decide immediately. Michael cut in, asking if he could give his two cents. Marcus sarcastically asked him if he wanted his name on her brownies as well. Tina agreed, and they shook on it. Marcus explained to Michael that he did not believe in single-use facilities. He offered $250,000 on the contingency that the business moved to a training facility that would support other equipment. He said that Michael had to figure out a way to get out of the lease to get a bigger place in a better location. Marcus said that he wanted to own 75% of that business, but he would put up all the money for it. Michael agreed to it without talking to Tina.

Marcus wanted Michael working exclusively in the gym, and Tina working exclusively on the baked goods. He addressed the employees and told them about the deal. He explained that he would be in charge for the next week and that they would be changing the facility. Marcus’s vision encompassed the current Michael Sena’s Pro-Fit facility as well as a healthy baked goods store, a juice bar, and other group classes. He also announced that he made a deal with Tina.

Michael thought that it would be challenging for him to give up control. He announced his intention to step up to Marcus. Tina tried to convince him that what they were doing wasn’t working and was not paying the bills, but Michael said that that was crap. He walked away in a huff.

Marcus took Michael to see a new facility. Michael is intimidated that there is so much space, but Marcus reminded him of all the new things that were going to happen that required space. Marcus informed Michael that he needed to put his big boy pants on, and acknowledge that he wasn’t always right. Marcus says that he could add 8 different streams of revenue with the new bigger place. He informed Michael that he was not going to do business with him unless he agreed to the new place, and stopped being such a control freak.

Marcus introduced Tina to two branding specialists. Both of them said that the caricature that they had created for the brand looked a little immature, and they showed her a sleek new design. Marcus stated that he wanted to start out with protein bites instead of a bar shape. While they were in the meeting, Michael kept looking in the door anxiously.

Marcus brought Tina and Michael to a bakery that he owned in Chicago in order to learn how to mass-produce her protein bites. Marcus tells Michael to hang out in the corner while he and Tina went back into the kitchen. Michael sat sulking in the corner playing with his phone. Marcus introduced Tina to his chef. He said that he wanted to get the bites to the point where they could generate up to $66,000 in profit. After half a day of working, Tina went out to the front to sit with Michael. He started to pick a fight, and Tina told him that she was tired of him tearing her down whenever something good happened to her. Tina got up to check her cookies, and Michael told her that he hoped they burned.

Michael met with his lawyer, who says that there is no way out of the lease. Michael begged him, saying that he couldn’t lose the deal. HAfter the lawyer visit, Michael brought Marcus in to discuss it. He let them know that his lawyer said he wasn’t able to get out of the lease. Marcus asked him if he’d gone to a realtor, but Michael said that he didn’t. He said that it was too challenging to do.

Marcus pointed out that Michael never told him he was being unreasonable before he failed at the task. Marcus was angry because he thought that Michael never actually intended to change the business model. Michael challenged him to walk out of the office, and Marcus did just that. He said that the deal was off.

Michael informed Tina that he was unable to get out the lease and that Marcus was out of the deal for the gym. He apologized for interfering so much with her business. Tina forgave him. In order to show that he was truly sorry, Michael surprised Tina with new labels that now featured her name as well as his. She and Marcus were both thrilled with the name change. Michael showed them that he’d also changed the book, the business cards, and the other marketing material.

Marcus let them know that the character Michael showed by changing the materials was admirable. He offered him a smaller deal to change a few things in the building that they already had. The two hugged it out. Marcus was committed to making the current facility multiuse. They started the renovations $400,000. He plans a juice bar, as well as for different studios for spin, yoga, Pilates, and massage.

Marcus met up with them at the end of the renovation. He was not pleased with what he saw. Michael had changed the floor plan that they had discussed. Marcus said that he wasn’t thrilled that Michael had gone above his head.

Next, Tina met up with an executive to discuss selling 3000 packages of the protein bites to Mariana’s. Marcus expected to get his money back within 18 months. Michael Sena’s Pro-Fit was off to a good start. They enrolled over 100 new members, and got new instructors for the new classes. 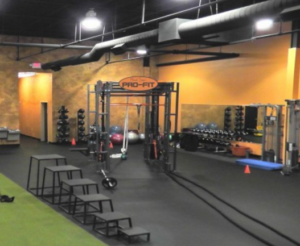 Michael Sena’s Pro-Fit has closed their doors. While they had good reviews on Yelp, under hours it states the facility is permanently closed and their website just leads to malware. Tina’s protein bites were marketed in health food stores such as GNC.