Donald Glover Net Worth 2018 – How Rich is Childish Gambino? 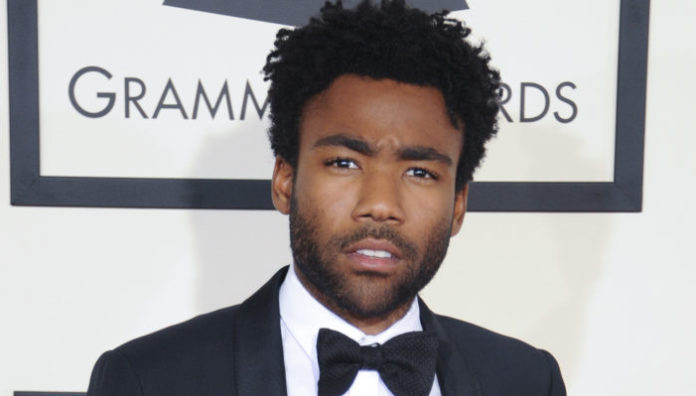 Donald Glover is a man of many talents including acting, writing, rapping, producing, songwriting, and directing. These are just a few of his many talents, and his fans love that he keeps on giving. Donald’s fans also know him by his stage name, Childish Gambino. Donald is certainly one of the most popular rappers of this generation with several chart-topping hits.  Let’s see how he earned his fortune and what he has done with it.

How did Donald Glover make his Money & Wealth?

Donald was born in California at Edwards Air Force Base on September 25, 1983. He was later raised in the small town of Stone Mountain, Georgia. Donald was raised as a Jehovah’s Witness although he does not currently practice the religion. He attended high school at a magnet school in Georgia named DeKalb School of the Arts.  Donald then went on to attend  Tisch School of the Arts. He graduated in 2006 with a dramatic writing degree.

Donald’s career started in 2006 when he was contacted by an American television producer,  after sending him samples of his writing work. Among the work Donald sent David, was a Spec Script written for The Simpsons. Davis was very impressed with his work and offered him a job almost immediately on the television show 30 Rock. Donald accepted the job and worked on the show for three years. He also occasionally made appearances on the television show. In 2006, Donald became a part of the comedy group Derrick Comedy. He has also regularly appeared in sketches the group has created since 2006. In 2009, along with the rest of the Derrick Comedy group, Donald created a movie titled Mystery Team.  The movie did not gain much traction and was flop among other films released the same week.

In the past few years Donald has been very busy. In 2011, Donald released his very own comedy special titled “Weirdo”. The special was an hour long and debuted on November 9, 2011. The special received great reviews from other comedians. In 2011, Donald made his first appearance as his stage name “Childish Gambino”.  The appearance was at the Bonnaroo Music Festival where he performed a comedy set with Bill Bailey. The set was streamed live via the Comedy Central website. This lead to a huge spike of popularity for Donald Glover making him a household name among those who are fans of comedy.  In July of 2011, Donald released his debut album titled “Camp”. The album received generally positive reviews and debuted at number 11 on the Billboard 200 chart.

The album sold 52,000 copies during the first week alone. In the music industry, that number is considered quite the feat for a debut album.  In 2013, he went on to create a TV show titled “Atlanta” that debuted on FX.  Donald was an executive producer on the show, wrote for the show, and even starred in it. In December of 2013 he then went on to release his second album titled “Because The Internet”.  The album performed well debuting in the top ten on the Billboard 200. The album went on to become certified gold in the beginning of 2016.  Donald has also been cast in a new film titled “Spider-man: Homecoming.” His role in the movie has not been released at the time of this writing. He then went on to release another album in December of 2016 titled “Awaken, My Love !” which debuted as the fourth best selling release of that week.

Where did Donald Glover go to college?

Donald attended New York University’s Tisch School of The Arts. He Graduated in 2006 with a degree in  dramatic writing. The degree was sure to help him in his later projects such as writing Atlanta and episodes of Community.

Does Donald Glover have children?

Yes! Donald has a son that was born in early 2016. The only information regarding the child was released during the 2017 golden globes when we found out that the child was a boy during Donald’s speech. This was quite the surprise to the audience at the time. 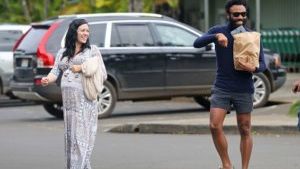 At this time Donald is not currently married, but is currently in a relationship with a woman who has not been named at the time of this writing. The couple has been together for several years, reportedly since 2013.  The woman is the mother to Donald’s son who was born in 2016.

How many albums has Donald Glover released?

Donald Glover AKA as Childish Gambino has released 3 studio albums, 7 mixtapes, and two EPs. Each of the musical projects have brought Donald great success and have helped him grow his fortune over the years.

How much did Donald Glover make last year?

In the last year it is reported that Donald made over $3 million for the entire year. That is quite the large sum and his fortune grows by the day due to all of the projects that he takes on.

Why does Donald Glover perform under the stage name Childish Gambino?

Fans are sure to wonder why Donald goes by the stage name Childish Gambino, but the answer is fairly simple.  The name Childish Gambino came from the Wu-Tang Clan’s name generator which could be found on their website during that time period. One of the reasons that he decided to use a name from the generator is the fact that he found great inspiration from the Wu-Tang Clan and the effect that their music had on his life.

Donald has openly talked about his support for two different charities. Those charities being Community Connections and Oceana. Oceana is a charity that strives to protect the world’s oceans. Donald had donated both time and money to the organization.  Community Connections is a charity in which children in foster homes are given the things they need such as clothing and other common items. Donald has donated an undisclosed amount of money to the charity and has openly spoken about how great this particular charity is in his eyes.

What is Donald Glover’s next big project? 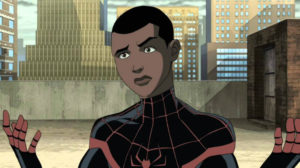 Donald Glover’s newest project is to develop and produce a Deadpool animated series on the FXX television network.  The series has gotten the green light for a 10 episode start, and will be classified as an action-comedy.  Glover’s relationship with Marvel began in 2010, when a social media  campaign emerged that suggested Glover as the next actor to play Spider-man on the big screen. While the initial campaign didn’t quite get Donald the movie deal, it did lead to a role on the small screen as the voice of Miles Morales, a version of Spider-man from an alternative reality, in Disney XD’s animated series “Ultimate Spider-Man.”   That experience with a Marvel animated series is sure to bolster Glover’s talent, and add to the quality and flair of the new Deadpool series.  Look for the Deadpool series to air in 2018.