Black Youngsta Net Worth 2018 – How Much The Rappers Worth Now? 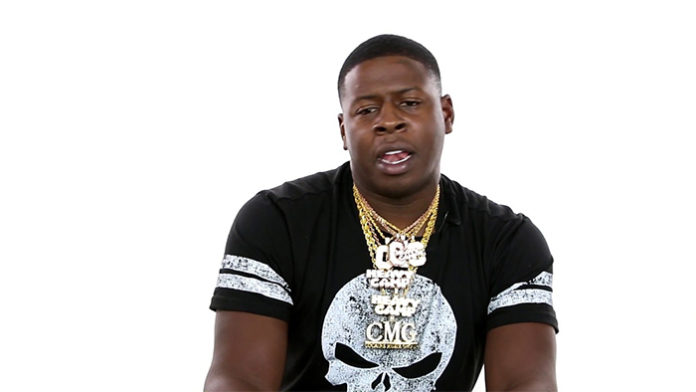 Samuel Benson, better known as Black Youngsta, garnered nationwide fame for his 2014 rap hit, Heavy. Hailing from Memphis, Tennessee, his family’s financial situation was less than ideal growing up. Raised by his grandparents, it wasn’t uncommon for him and his younger brother to go without food- money was simply too tight.

Wanting to bring more food to the table, he started to work at a local corner store at the age of ten. Overwhelmed by desperateness, he later started to place fake pick-up orders, which he’d be able to bring home once nobody had come to claim them. After being caught a few times however, he was fired.

Ultimately, it wasn’t until he was in his twenties that he started to get involved with music. In 2014, he received a big break after dropping his hit single, Heavy.

According to various sources, Black Youngsta currently has a net worth of $1.5 million. How did this fortune come to be? Let’s find out.

How did Black Youngsta Make His Money & Wealth? 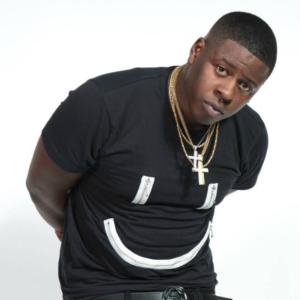 Born on April 8, 1990 in Memphis, Tennessee, Blac Youngsta (Real Name: Samuel M. Benson) rose from the infamous McMillan Street, an area notorious for crime. Growing up in a poor family with his younger brother, it wasn’t uncommon for there not to be enough food on the dinner table. Although his grandmother received monthly security checks and his grandfather took on various odd jobs, there simply wasn’t enough money to make ends meet.

Wanting to help out the family, Blac Youngsta started to work at a local grocery market when he was ten years old; he had managed to secure the position after his grandfather helped to pull some strings. Told to stock products and break down cardboard boxes, he was allegedly paid $10 a week. However, it wasn’t money that he was after- it was food.

Desperate for sustenance, he eventually started to place fake orders at the store as he was able to take the food home if no one came to claim them by the end of the day. Although it worked for a while, he was eventually caught; after a few times, he was fired.

Later in his teens, Black Youngster learnt how to swap dope for cash. Before long, he was heavily involved in the drug scene, conducting narcotic sales in the streets of Memphis. Sure enough, the law soon caught up with him. Arrested for drug charges and gun possession, he eventually found himself behind bars multiple times over the next few years- the longest period being a year.

Interestingly enough however, it was while he was in prison, that he started to spend more time rapping. Allegedly, one of his first freestyles was over Destiny Child’s song, Bills Bills Bills. Although he had been rapping all of his life, it wasn’t until then that he decided to go with it full throttle.

Upon being released, Blac Youngsta began working on his rap more seriously. In 2011, he hosted a party which honoured the life of King Craddy, a neighbourhood youth who was brutally murdered. After many hours of recording, he eventually emerged from the studio with his debut mixtape, Fast Brick in 2012. According to reports, the self-release had earned him approximately $50,000.

A few months later, he dropped his second mixtape, Fast Bricks 2 on April 17, 2012. Hosted by DJ Yung Rich, it added over a dozen new tracks to the rapper’s growing catalogue. Well received, especially among his fanbase, it further bolstered his presence in the rap scene.

After two self-releases, the Memphis rapper signed with Empire later released his third mixtape dubbed, Fast Bricks 3 on July 1, 2014. Similar to his earlier efforts, it boasted over twenty beats including Baby Momma, Plot on Me, Glocs and Nines, Love My City, and Money Baby. A music video for one of its tracks, Ain’t Sparrin’ was eventually uploaded online. Another solid release by Blac Youngsta, the project easily tackled another few tens of thousands to his growing net worth.

On September 24, 2015, Black Youngsta delivered his next mixtape, I Swear to God. Featuring the likes of Yo Gotti and Boosie Badazz, it came with seventeen tracks including Swear to God, One Bedroom House, I Remember, All These Bitches Want Me, Away From Me, and Whole Life. As of 2017, the tape has been streamed over 234,000 times and downloaded more than 66,000 times online. As far as earnings go, it’s said to have yielded the rapper upwards of $62,000.

The following spring, the rap artist came out with the title, Young and Restless. Made available via digital download, as with his earlier works, it featured the production of Greedy Money, Tay Keith, Cheese Beats, Tayerrific, and Dondre Marley Keys, among others. On Datpiff alone, the mixtape has been streamed close to 450,000 times. Reportedly, it yielded Blac Youngster approximately $38,000.

Finally on September 8, 2016, he released his latest mixtape entitled, Fuck Everybody. His second tape of the year, it included features from Jacquees, Quavo, YFN Lucci, and Young Thug. With a production cast of Zaytoven, Dun Deal, London on da Track, and Cassius Jay, the 15-track project boasted the titles Hustle For Mine, Ask For It, Youngsta, Gun on Me, and School.

Aside from his mixtape, the Memphis rapper also dropped a single that year, Beat It, which featured Rich Homie Quan. As a featured artist, he also appeared in Yo Gotti’s rap hit, Wait For It.

In addition to all of his above works, Blac Youngsta has made  several guest appearances over the past couple of years. For instance, he worked with Snootie Wild in his song, Problems and with Waka Flocka Flame in Get Whacked. Some of the other artists that he’s collaborated with include Yung T, Gutta Child, and Migos.

Seeing as how he’s a full-time music artist, it’s not shocking to know that he earns a great deal from putting on live performances. In 2016 alone, Blac Youngsta hit the stage over twenty times across the country, from Minneapolis to Winston Salem. For now, we don’t know how much he gets paid per show, but it’s probably fair to assume that it’s in the tens of thousands. As far as upcoming concerts go, he does have a few dates scheduled for this summer.

On the internet, the rapper also pulls in some extra change from his official Soundcloud account. Similar to Google’s partnership program, artists are able to display advertisements in between their music tracks, all of which are capable of earning revenue. As of May 2017, Blac Youngsta has amassed over 49,000 followers on the music-streaming website.

From all that we’ve mentioned above, it can easily been seen that most of his wealth came from the success of his mixtape. Altogether, his music releases had earned him upwards of $300,000. On top of that, it’s approximated that he receives ~$20,000 per year from his various sponsors and endorsement deals.

Currently, Blac Youngsta’s net worth is estimated to be $1.5 million. Will this figure continue to rise over the next few years? Assuming that he’ll be dropping new tapes in the future, this is highly likely. Having said that, it looks like he was recently involved in a shooting that targeted Chicago rapper, Young Dolph. What will the outcome of the case be? Only time can tell.

No, the Memphis rapper is not married. Just this year however, rumours surfaced on the internet stating that Blac Youngsta is dating a transgender girl by the name of Bell Williams. These claims appear to be true, as she’s since posted pictures of the two together on her Facebook page.

It’s unknown whether or not the artist has dated anyone in the past.

Does Blac Youngsta Have Any Children?

No, Blac Youngsta does not have any children that we know of.

Did Blac Youngsta Go to College?

No, the Memphis-native did not go to college. In fact, it’s unknown whether or not he graduated from high school, seeing as how he had gotten involved with the wrong crowd as a teen.

Where Did Blac Youngsta Get His Name From?

His stage name is presumably a reference to “Black Youngster”.

This January, Blac Youngsta allegedly purchased a $30 million mansion in Los Angeles, California. Since then, he has uploaded a virtual tour of his new home onto Youtube. We unfortunately do not have any pictures of his house to share at this time.

Back in 2016, the rapper also bought a home for his grandmother- the happy news was announced through his official Facebook page.

What Kind of Car Does Blac Youngsta Drive?

In 2016, Blac Youngsta was said to have purchased a new Lamborghini. Unfortunately, it was later reported stolen.

From rags to riches, the Memphis rapper has come a long way since he was stocking drinks at the grocery market. With over a million dollars to his name, he no longer has to worry about being able to put food on the table.

Since he made his music debut in 2012, Blac Youngsta has released half a dozen mixtapes, and a handful of singles. Having emerged from the unknowns, he has also had the chance to work with a number of popular rappers such as Yo Gotti, Rich Homie Quan, Travis Scott, Wacka Flocka Flame, and Snootie Wild.

This May, Blac Youngsta and two other men gave themselves to police after warrants were issued for their arrest, regarding a shooting that occurred back in February. According to reports, he was involved in the incident, which saw over 100 shots to Young Dolph’s SUV in Charlotte. Luckily, the rapper’s vehicle was fitted with bulletproof glass, so he escaped unscathed.

Blac Youngsta has since been charged with six counts of firearm discharging and one count of felony conspiracy. He recently went to a court hearing on May 17, 2017. In response to the charges, the rapper maintains his innocent and that he was not involved with the shooting.

If you want to see the rapper perform live on stage, then you’re in luck- it looks like he has a few concerts scheduled for this summer. From June to July, Blac Younsta will be hitting up a handful of cities (e.g. New Orleans, Grand Rapids, Philadelphia, New York, Dallas) to entertain crowds. Be sure to grab your tickets!

As far as new projects go, he recently announced that he will be dropping a new mixtape called I’m Innocent (a reference to his recent involvement with the shooting) on June 2, 2017.