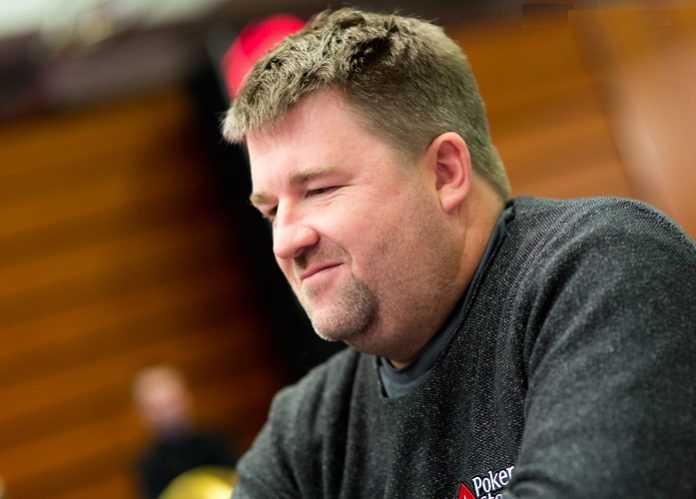 Chris Moneymaker is credited as being the man who almost single-handedly made poker as hugely popular as it is today, and there’s no doubt that his incredible win in the 2003 World Series of Poker (WSOP) Main Event is what made millions of ordinary people around the World decide they maybe they too, had a chance to become millionaires overnight on Poker’s biggest stage of all.

Chris entered the shark filled 2003 main event after qualifying for the tournament online with a stake of just $85. Such players, far fewer in those days, were usually easy fodder for the seasoned professionals, who generally competed amongst themselves to see who could knock out the nervous newcomers first, and take their chips of course. Chris Moneymaker broke the system that day and sent a few of those sharks home in shock, after an incredible run of luck that saw him become a millionaire overnight, and inspired millions of others to see if they could repeat his success for themselves, from the comfort of their own homes.

The Early Days of the World Series of Poker (WSOP)

Poker has come a long way in the last half a century. Back in 1970 you would have been able to find no more than about fifty poker tables in the whole of Las Vegas. That was the year that Binion’s Horseshoe Casino held the first poker tournament in Vegas after owner Benny Binion was inspired by a similar tournament in Reno, Nevada. The tournament took place in the casino, after some roulette tables had been shoved to the side, because there was no dedicated poker room in those days. There was little public interest in the tournament but it became an annual event and by 1973 there was enough of an audience for CBS sports to televise the final stages. Back then it was a winner takes all tournament with no prize for second place, but by 1978 the prize money was split among the top five placing players.

In 1979 a gifted amateur called Hal Fowler won what had by then become known as the World Series of Poker. Hal’s spectacular win that saw him destroy several seasoned professionals boosted Poker’s popularity and it started to become far more lucrative for players too. Hal took home $270,000 for his win, and the next two years saw Stu Ungar, generally considered the most talented poker player of all time win twice in a row, but the prize money was still well under $400,000. Throughout the 1980’s poker became far more popular and finally, in 1991, the winner of the WSOP main event could look forward to a cool million dollars in winnings. Just over a decade later the prize had doubled to $2 million, and by now internet players could qualify for the WSOP for a tiny fraction of the usual buy-in cost. It was never going to be easy to achieve, but it was possible, and in 2003 an accountant named Chris Moneymaker was the lucky amateur who had a chance to win the record-breaking $2.5 million top prize.

Chris Moneymaker was born in Atlanta, Georgia on November 21st 1975. He later went to high school in Knoxville, Tennessee and went on to study at the University of Tennessee where he graduated with a master’s degree in accounting. In 2003 he was working as an accountant and entered a satellite tournament on online poker site ‘Pokerstars’. A satellite tournament gives players the opportunity to enter large tournaments for a small fee, if they are able to beat all other competitors. Chris managed to win a seat at the biggest tournament of all, the 2003 WSOP main event for just $85, a big reduction from the usual $10,000 buy-in fee, and from day one there was at least one professional pundit who noticed his skills at the table.

Professional handicapper Lou Diamond spotted Chris on that first day, and tipped him as a potential winner of the overall competition, calling him a ‘dark horse’, and it wasn’t long before Chris took his first big opponent out of the tournament. On day two Chris came up against the much feared and respected Johnny Chan, who had taken a chunk of Moneymaker’s chips the day before. Chan was riding high on a wave of luck but came crashing down when his king high flush draw fell foul to Moneymaker’s Ace high flush, and with that Chris suddenly began to get noticed by a few more of the sharks in the competition.

Eventually the 839 entrants had been whittled down to just 10, with everyone waiting for the next player to crash out so that they could enter the final table and guarantee winnings of at least $100,000. The most-feared player amongst the ten was Phil Ivey, who was, and still is, known for his ruthless efficiency in destroying players after the smallest of errors. Ivey’s pocket 9’s came up against Moneymaker’s AQ, and after a flop of Q6Q Phil was in big trouble, with less than a one-in-five chance of winning the hand. The turn changed everything, it was a 9 completing Phil’s full house and leaving Chris as the one looking at less than one in five odds. Phil went all in and Chris called quickly, completely unaware of how much trouble he was in. Phil showed his hand and Chris looked devastated, but after a few tense moments waiting for the river lady luck blessed Moneymaker once again. An ace landed to give Chris the better full-house and the room exploded in incredulous cheers, everyone looked pleased to have made the final table and also relieved Phil Ivey wouldn’t be there, but it was Chris Moneymaker they should have been worried about.

The final nine included high-stakes professionals such as David Singer, David Grey as well as the likeable, and now sadly deceased Amir Vahedi, but one by one they dropped out of the competition until the amateur accountant was heads-up with poker’s ‘Mr Cool’, Sam Farha. Sam was famed for his calculated ability to keep a level head during the tensest moments of a game, and for a while he lived up to his name, but after one of the most audacious bluffs in poker history, Sam began to lose his cool. Some have called it the Bluff of the Century and it turned the game around, Sam had a pair of nines when Chris bluffed on the river with just king high, and from then on Chris Moneymaker took control of the match and Sam never really recovered. Eventually Farha, betting all-in on a top pair of jacks fell to a full house from Chris, and the amateur player from Atlanta achieved the impossible by winning the biggest tournament in poker, and the biggest prize ever at the time, an incredible $2,500,000.

Chris Moneymaker’s incredible achievement made him internationally recognized overnight as well as a millionaire, his success at the WSOP main event showed online players around the World that anything was possible, no matter what the odds were, and the knock-on effect of his win boosted the popularity of poker to amazing heights. Hundreds of thousands of online players took up the sport due to the ‘Moneymaker Effect’, and the top poker stars became celebrities. High-stakes poker games became hugely popular on TV around the World, and players flocked to the WSOP in greater numbers every year.

In 2003 there were 839 hopefuls at the start of the WSOP main event, more than ever before, but the following year that figure had leaped to over 2,500, and the prize money had doubled to $5 million. In 2005 there were 5,619 in the main event, with the prize money now an almost unbelievable $7.5 million. In 2006, just before the Unlawful Internet Gambling Enforcement Act (UIGEA) came into force there were almost 9,000 entrants in the tournament, and a huge $12 million payout for the winner. The passing of the UIGEA curtailed the meteoric rise of poker somewhat, with 2007 seeing just over 6,300 beginning the WSOP main event, and a first prize of $8,250,000, but even with that legal restriction in place, the Moneymaker Effect had catapulted poker onto a global stage, and made it far more popular than it had ever been before.

Inevitably Chris Moneymaker’s life completely changed after his 2003 WSOP win. He gave up his accountancy job and became a celebrity professional sponsored by Pokerstars, the site that had given him the opportunity to play in the WSOP in the first place. Chris later revealed that even after qualifying he didn’t have enough money to fly to Vegas for the tournament and had struck a deal with his father and a friend to raise the cash for a flight, with both investors being offering a slice of any winnings he got, a deal that both benefited greatly from after his incredible win. Chris celebrated his success at the tournament with a $25,000 celebration at a strip club in Vegas, but evened things out by also donating $25,000 to cancer research charities.

After leaving his job Chris embarked on a career as a full-time professional poker player and began touring the World in the biggest tournaments, almost adding a second win within the year with a second place at the World Poker Tour Shooting Stars tournament in San Jose, a result that saw him boost his newly gained fortune by another $200,000. He launched his own company, Moneymaker Gaming and published his autobiography ‘Moneymaker : How an Amateur Poker Player Turned $40 into $2.5 Million at the World Series of Poker’ in 2005. Although Chris has never repeated his legendary win at the WSOP main event he has become hugely respected as a consistently strong player, and a popular and likeable ambassador for the sport that made him a star. He continues to work for Pokerstars and his tournament winnings now in 2018 total over $3.5 million.

In May 2017 Chris was playing at the World Poker Tour (WPT) event in Amsterdam where he was asked about the explosion in popularity that poker has experienced in recent years. It’s a question that he must be tired of hearing after so many years, but the Moneymaker effect is still very much active and he alone is perhaps more responsible than any other active player today for that very same popularity. Regardless of how many times Chris has answered the question, it’s clear why he’s such a good ambassador for poker, Chris is a down-to-earth guy who can take anything that an interviewer or the turn of a card throws at him, no matter how good or bad it is. Chris Moneymaker takes everything in his stride and the professionalism that he shows, alongside his good-natured and likeable character has made him a respected figure amongst professionals and amateurs alike.

Chris currently lives in Nashville, Tennessee with his second wife, Christina, who he married in Las Vegas in 2005. The couple have three young children, daughters Taylor and Hayden and son Will, and he also has a daughter, Ashley, aged 14 from his first marriage. Fans of Chris can follow him on Twitter @cmoneymaker where he regularly promotes World Poker Tour (WPT) and Pokerstars events to his 50,000 followers, and for players who would love to know how a legendary WSOP winner like Chris thinks at the table, if you’re lucky you can occasionally catch him streaming live on Twitch under the user name ‘TeamMoneymaker’.