Jenna Marbles Net Worth 2018 – How Much She Makes 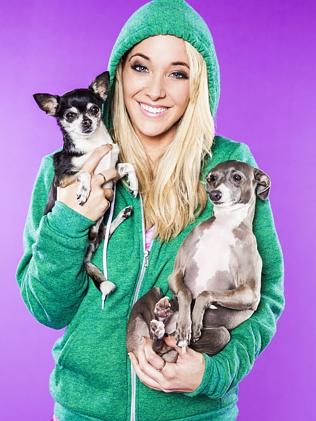 Jenna Marbles is a YouTube comedian and vlogger who currently has over 17 million subscribers. Her videos have over 2 billion total views, and her channel is the 23rd most subscribed on YouTube. Many of Jenna Marble’s videos have gone viral, thus establishing her as a major influencer on the platform. She is considered an icon in the vlogging and comedy world of YouTube.

How Did She Make Her Money & Wealth? 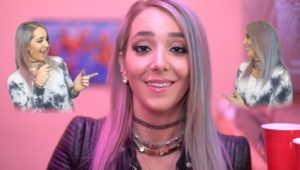 Since the beginning of her channel, many of Jenna Marble’s videos have gone viral. Marbles has been making videos since 2010, and as a result of her viral success she has accumulated a large portion of her wealth from ad revenue and sponsors.

It is not unusual for influential YouTubers such as Jenna Marbles to make millions per year. There are many conflicting sources regarding Marble’s exact income, but it is almost certain she is bringing in millions per year. Some sources estimate she earns as much as 4 million annually!

Independent YouTube content creators such as Jenna Marbles, Smosh, and Ryan Higa were among the first to make a full time career out of videos. Being an early adopter as well as creating entertaining and unique content has greatly benefited Marbles.

Prior to striking YouTube gold, Jenna Marbles lived a relatively normal life. She moved to Boston to attend Suffolk university after graduating high school in 2004. She earned a Bachelor’s degree in Psychology, and later earned a Master of Education in Sport psychology and counseling at Boston University.

Unfortunately, Marbles experienced some difficulty finding a full time career. She had no choice to work many odd jobs and part-time gigs to pay her $800 rent. These jobs included waitressing, bartending, working at a tanning salon, and even go-go dancing. Marbles did some blogging during this period as well. It wasn’t until she released her first viral video that her life changed.

In 2010, Jenna Marbles created her channel. Although her real name is Jenna Nicole Mourey, she swapped her last name with the name of her chihuahua to create a memorable persona. Her first viral hit was “How To Trick People Into Thinking You’re Good Looking”.

In the three minute video, Marbles transforms herself from an average girl to an exaggerated parody of makeup and fashion trends. The video is also a mockery of herself. Marbles tells the viewer to do “something degrading” – in her case, dancing in her underwear. The video ends with Marbles clinging to her master’s degree while faking sobs and tears.

The video was viewed 5 million times within its first week, and to date has been viewed 65 million times. Marbles made several spinoffs of the video which also received millions of views. In 2011, she released another viral hit – “How To Avoid Talking To People You Don’t Want To Talk To“. The video has 35 million views as of May 2017, and was also featured in several new publications.

Now boasting an established reputation for comedy, Jenna Marbles began to collaborate with other YouTubers. She appeared in and helped create videos with Smosh, Ryan Higa/Nigahiga, Daneboe, and Epic Rap Battles of History.

Marbles has not only limited herself to YouTube, of course. In 2015, she released a line of stuffed dog toys named and modeled after her real dogs. She has also created a product line for her official channel. 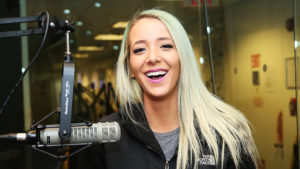 Jenna Marbles lives in Santa Monica, California. She rented a 1.1 million dollar townhouse in the city – quite the upgrade from sharing an apartment with two roommates. She has since moved into a new house, although she has kept the exact location a secret .

Marbles lives with her long time boyfriend and YouTuber Julien Solomita. The couple hosts a weekly podcast where they discuss various topics. They sometimes invite other popular YouTubers on the podcast.

Marbles and her boyfriend are both gamers, and both of them have channels on Twitch. They regularly attend gaming conventions. The pair has three dogs.

YouTubers like Jenna Marbles often have rather obsessive fans. When Marbles first purchased her home, fans were knocking on her door so much she had block off her property.

In December 2016, Jenna Marbles and Julien Solomita were in a car accident. Thankfully, there were no injuries.

Marbles has employed several of her family and friends with her channel. Her mom was previously unemployed before working as the primary manager of her daughter’s content and employees. She has featured her family in some of her videos.