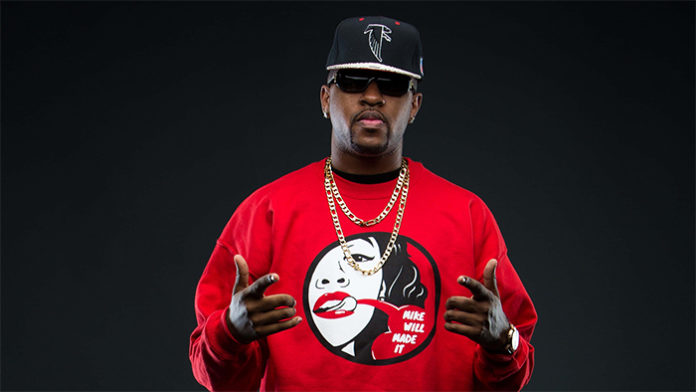 Michael Williams II- better known as Mike Will Made It, has produced a number of songs for several artists including Rihanna, Lil Wayne, Miley Cyrus, Beyonce, and Gucci Mane, among others. Raised in a musical family, his life centred around hip hop growing up. As a teen, he eventually tried his hand at music by re-playing popular melodies that he’d heard on the local radio.

After graduating from high school, Mike Will Made It produced his first song, Tupac Back which ultimately enjoyed success on the US record charts. From there, he quit college in lieu of dedicating his time to music full-time.

Since then, Mike Will Made It has produced dozens of beats for a wide array of artists. In addition to that, he has embarked on a solo music career himself, having released a number of mix tapes and singles.

Currently it is estimated that he has a net worth of $5 million. Let’s take a look at his different sources of income.

How did Mike Will Made It Make His Money & Wealth? 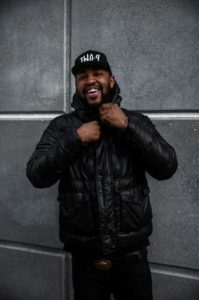 Born on March 23, 1989 in Marietta, Georgia, Mike Will Made It (Birth Name: Michael Len Williams II) is the youngest of three siblings. Exposed to music early on in his life, he grew to become incredibly fond of it at a young age. While still in grade school, Mike started to develop a knack for playing music by replaying popular melodies from the radio.

By the time he was fourteen, the aspiring musician had began creating his own beats on a beat machine given to him by his father for Christmas. As he perfected his skill set over the ears, he eventually started to use more advanced production equipment. Deciding to try his luck at the age of sixteen, Mike attempted to sell his beats to established artists in local recording studios. While his attempts were initially ignored, one of his tapes soon made its way to Gucci Mane, who later invited him to a recording studio.

Upon meeting at PatchWerk Recording Studios, Gucci Mane proceeded to perform freestyle over Mike’s instrumentals. In the end, the artist offered Mike $1000 for his beats. As one thing led to another, the two soon started to release titles together including East Atlanta 6 and several tracks from Gucci Mane’s mix tape, No Pad No Pencil.

In April of 2011, Mike Will Made It helped to produce Tupac Back a single by Rick Ross and Meek Mill. A considerable hit, it ended up reaching number 31 on the Top Hip Hop Songs record chart. Following that, he worked with fellow rapper Future on the songs Itchin, Ain’t No Way Around It, Truth Gonna Hurt You, and Neva End.

On December 28, 2011, Mike came out with his first mix tape dubbed, Est. in 1989 (Last of a Dying Breed). Self-released via LiveMixtapes.com, a popular website for mixtape sharing, it featured a number of artists including Lil Wayne, Kanye West, Aka Flocka Flame, Lil Boosie, 1017 Brick Squad, and Ludacris.

The following spring, he announced that he was working on his second mix tape, Est. in 1989 Pt. 2. The project was ultimately preceded by its first single, Back 2 the Basics which featured his initial collaborator, Gucci Mane. The tape itself, hosted by DJ Green Lantern, DJ Infamous, and DJ Esco, was later released on July 24, 2012.

Since then, Mike has released three additional mixtape including Est. in 1989 Pt. 2.5, #MikeWiLLBeenTriLL, and Ransom, the last of which was released through Ear Drummer Records.

On September 10, 2013, Mike received a considerable break with the release of his single, 23. Featuring Juicy J, Wiz Khalifa, and Miley Cyrus, the track debuted at number 70 on the US Billboard 100, eventually reaching number 11; it eventually also reached number 2 on the Top R&B and Hip Hop Songs record chart. His first charting record at the time, it also enjoyed success in a number of other countries including New Zealand, France, Bulgaria, Spain, Canada, Belgium, and Australia. The official music video that was later uploaded onto his Youtube Vevo page has since accumulated over 689,000,000 times.

Over the next two years, he released a few additional records including Buy the World (Feat. Lil Wayne, Kendrick Lamar, and Future), Drinks On Us (Feat. The Weekend, Swae Lee, and Future), and Choppin’ Blades (Feat. Jody HIGHROLLER and Slim Jxmmi), the first of which found its way to number 42 on the Top R&B Songs chart.

Mike’s next big break as a music producer came in 2016 when he helped to produce Rihanna’s hit song, Nothing is Promised. One of his most popular titles to date, it reached number 75 on the Billboard Hot 100 and number 26 on the US Top Hip Hop Songs music chart. Outside of the US, the single also charted in Australia, France, New Zealand, Spain and the UK.

By the end of the year, Mike had produced another hit, Black Barbies for Nicki Minaj. A modern remix of Rae Sremmurd’s Black Beatles, it ending up reaching number 65 on the Billboard 100 and number 20 on the Hot Rap Songs Chart. Like his previous effort, it also enjoyed time on the Scotland, New Zealand, Canada and UK music charts.

Since then, Mike has released two additional singles, It Takes Two with Lil Yachty and Carly Rae Jepsen and Gucci On My with Migos, YG and 21 Savage.

On March 24, 2017, the artist reached a milestone in his career with the release of his debut studio album entitled, Ransom 2. A follow-up to his 2014 mix tape, it boasted a number of collaborations with 2 Chains, Pharrell Williams, Big Sean, Kendrick Lamar, and Lil Wayne, among others. Met with generally positive reviews, the seventeen-track project charted at number 24 on the Billboard Top 200 and number 15 on the Hot R&B Albums chart; additionally, it also reached number 77 on the Canadian Albums chart and number 152 on the French Albums chart.

Throughout his career, several of his works as a music producer have obtained RIAA certification including Turn on the Lights by Future, Mercy by Kanye West, Pusha T, Big Sean, and 2 Chains, No Lie by 2 Chains, Bandz a Make Her Dance by Juicy J, We Can’t Stop by Miley Cyrus and No Flex Zone! by Rae Sremmurd, among numerous others. Some of his other noteworthy productions include Kisses Down Low, Humble, Real and True, and No Type.

Since his debut, Mike has worked with countless artists to produce dozens of different songs, all of which helped to further cement his place in the music scene.

Aside from what he earns from his mix tapes, singles and other production works, Mike Will Made It also takes home a considerable amount from putting on various shows throughout the year. For instance, he currently has a few performances planned this upcoming August at The Speedway in Fontana in California. Although it’s unknown what his booking fee consists of, it’s probably fair to say that an artist of his caliber easily earns a few thousand per show.

Of course, we also can’t forget about his Vevo page on Youtube. Since it was created in the fall of 2013, it has generated over 769,000,000 video views and has amassed more than 1,500,000 subscribers. Allegedly, artists on Vevo are capable of earning an average CPM of $25 to $35. One can only imagine how much Mike has managed to rake in through his page.

How has his net worth changed over the past years? In 2012, it was estimated that Mike’s fortune hovered at the $2.5 million mark. From there, it later increased to $3.3 million in 2013, before leaping up to $4.5 million by 2015. Currently, it is approximated that his net worth is around $5 million.

Considering his ongoing success, this amount will most likely only continue to increase with time.

Mike Will Made It’s Personal Life and FAQ

Is Mike Will Made It Married?

No, Mike Will Made It is not married. According to rumours that first surfaced online in 2014 however, he had been secretly dating Miley Cyrus for many months. Allegedly, the two texted non-stop all day, every day during that period.

It is currently unknown whether or not Mike Will Made It is still dating the popular American artist.

Does Mike Will Made It Have Any Children?

No, Mike Will Made It does not have any children.

Where Did Mike Will Made It Get His Name From?

According to sources, he owes his current moniker to Gucci Mane, the first artist who rapped to his beats. Reportedly, he had shouted “Mike Will on this beat right there” during the lengthy recording session, something that ultimately stuck. Before long, everybody on the streets was running up to the producer, referring to him as “Mike Will Made It”- and that was that.

Did Mike Will Made It Go to College?

After graduating from high school in 2007, Mike Will Made It attended Georgia State University, after being pressured to do so by his father. After a few semesters of studies however, he ultimately decided to take a “hiatus” to focus on his burgeoning music career. To date, he has not resumed his college studies.

Much to the dismay of fans, Mike Will Made It’s living residence has not been disclosed to the public. We therefore do not have any pictures of his home to share with readers at this moment.

What Kind of Car Does Mike Will Made It Drive?

The last which we’ve heard, Mike Will Made It drove a white Mercedes Benz AMG vehicle. In November of 2016, the same vehicle had kept in safe in an unfortunate hit and run accident.

How Much Did Mike Will Made It Earn Last Year?

Mike Will Made It’s Career Achievements

Throughout the years, the record producer has earned himself a number of industry awards including two BET Hip Hop Awards (e.g. Producer of the Year, Best Club Banger) among eight nominations, and an iHeart Radio Music Award (e.g. Hip Hop Song of the Year). Most recently this year, he also received three Grammy Award nominations (e.g. Record of the Year, Song of the Year, Album of the Year) for the songs Lemonade and Formation.