Worldwide Trailers Update – What Happened After The Profit

Worldwide Trailers Before The Profit

Worldwide Trailers started in 2001. The founders are Tom Etheridge and Nancy Pappas. The company builds, designs, and sells concession trailers for food vendors and the like. Worldwide Trailers began in their backyard, and they built it up to a multimillion dollar business. Tom and Nancy were a couple when the business started, but continued to work together even after they broke up.

The two co-owners were having difficulties getting along. Worldwide Trailers was making $4 million in sales while only bringing in about $400,000 in profit. Tom said that they took their life savings to builds the warehouse to make the concession trucks. Marcus saw a huge market in the business, so he is willing to help Tom and Nancy take worldwide trailers the next level.

Worldwide Trailers on The Profit 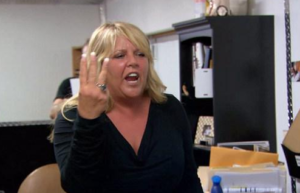 Marcus met Tom and Nancy in their back office. Tom told him that they make about 125 of the containers per year. They specialized in food trailers but they also build emergency command trailers, mortuary trailers, and casket trailers. Marcus questioned them about their relationship history, but Nancy told him that she had no issues as long as Tom didn’t get in her way. Marcus was given a tour of one of the food trailers, and he was pretty impressed. He was told that it costs $50,000 retail, but the business owners were unable to tell him how much it cost to make one. Marcus is worried that they didn’t know their numbers.

Marcus wants to know how much efficiency could be improved if they built it all in one place. Nancy told him that the people in Georgia had 20 years of experience making those trailers, and she was unwilling to move down to Georgia to be near them. Marcus estimated that they could save about $210,000 if they gave up the facility in Georgia.
Nancy told Marcus that if they didn’t have the business, she would never speak to Tom again. Marcus wondered why she didn’t just buy them out. This turned into a discussion of how their relationship ended in explicit detail. She was really showing Marcus her crazy side. Next, she started tossing her hair and flirting with Marcus. Marcus told the camera that he came there for business, not to do speed dating.

Marcus went down to Georgia to visit the manufacturing plant for the trailers. He had an employee show him how they made the trailers from scratch. Marcus discovered that there is a bunch of inventory lying outside that was getting rusted and ruined. He found out that they hadn’t done an inventory in four years. Marcus told all the employees and the warehouse that they did a good job. He told him that he wanted to move the whole production to Georgia.

Marcus met Tom and Nancy at a restaurant. He told them that the inefficiency that he found at the facility in Georgia was bad but fixable. He let them know that he thought their communication was at risk. Nancy told Marcus that she thought that they could have a functioning business relationship. She then said that she would never be able to work with Tom’s new girlfriend. Tom looks surprised and said that his girlfriend never had anything to do with the business. Marcus started to get up and walk away because he knows that they couldn’t have a calm conversation. Nancy walked after Marcus and said that she wanted to do the deal. Marcus let her know that he wasn’t interested in dealing with all the drama. Nancy told him that he didn’t have to worry about that. She convinced Marcus to walk back in.

Marcus offered them $500,000 in exchange for 50% of worldwide trailers. Tom was agreeable to the deal, but Nancy wanted $1 million. Marcus informed them that his ability to add margin quickly to the business capped at half $1 million. He went on to offer them $700,000. Each of the business owners would get $50,000 to put in their pocket, and the rest of it will go to the business. The margin would stay the same. Marcus informed them that that was his final offer. Tom and Nancy both accepted the deal.

Marcus called all of the warehouse people from Georgia to come up to Tampa for a meeting. He let them know that he was investing $600,000 in the business and owned 50% of it. He advised them that the $600,000 would go into building a new facility in Waycross Georgia. He continued, saying that didn’t make sense for him to run a company in two places. His next idea was to put an inventory system in place to save money on the resources that they were currently losing by keeping it all outside.

Marcus was upset that they shook his hand and took his check based on faulty numbers. Marcus told them to get the collective stuff together. Marcus asked him if there is illegal activity, or if someone was taking money out when they weren’t supposed to. Nancy denied both of those things, but Tom looked away. Marcus asked for an aside with Tom. Tom launched into an explanation of how poor his and Nancy’s relationship was, but Marcus said he didn’t understand how that was related to the financial papers. Tom said that he had to hide money from Nancy since she took him off bank account once they were broken up.

Marcus told him that the hiding money had to stop. It was toxic for the business. Marcus had Tom and Nancy meet him in Waycross, Georgia to do an inventory. Nancy didn’t even know how much money they had invested in raw materials. Marcus brought in an inventory audit team to find out what exactly was on the ground. They asked for reports for the inventory, but Tom and Nancy didn’t have anything. The audit team was having a difficult time finding everything and they weren’t getting any help from the actual employees.

The head of the audit team came into the office to give everyone an update. He told Marcus that it was the worst inventory system he’d ever seen. He had a bunch of items that had purchase orders but didn’t have a packing slip. He let them know that they only had $20,000 worth of inventory on hand instead of the hundred thousand dollars that they thought they did. Nancy told Marcus that she felt attacked. She felt like she had been successful with what they’d done, and she wasn’t open to any new suggestions.

Marcus said that the lack of oversight could lead to Worldwide Trailers going out of business. Nancy insisted that she kept track of her money, but she wasn’t aware of how much a trailer cost or have much she had in inventory. She got into a fight with Marcus over whether or not she was effective. Marcus let her know that worldwide trailers could not rely on any one person in order to move forward. As he put it “I’m replaceable and I know for damn sure that you’re replaceable.”

Marcus brought Nancy to Waycross, Georgia to look at a house. Let her know that she would have to live there in order to really run the business. Marcus was insistent that the employees need leadership and supervision. Nancy said that she didn’t believe that Tom would actually move down to Georgia. Marcus gave Nancy and Tom a project to work on together. When he came to take a look at how they were doing on it, Nancy came in with a mission. She found out that Tom’s girlfriend had been working for a dealer that they work with. Nancy went insane, since stating that Tammy was not allowed to work for any portion of the company.

Marcus look overwhelmed as he witnessed their fight. Nancy and Tom kept going back and forth until Nancy decided that the deal was off. The two continue to fight in front of Marcus and the employees. Marcus told them all to shut up and asked why she would bring her employees into witnessed the fight. Nancy said that she wanted them to know what was going on. Marcus asked her how it was going to help them sell more trailers. Marcus told him that they can do business together. Nancy insisted that she had a backup plan. As Marcus walked out, Nancy asked if they could go out on a date.

Worldwide Trailers Now in 2018 – The After ‘The Profit’ Update 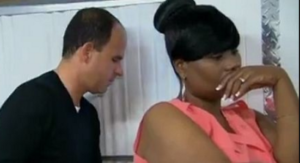 Even though they didn’t make a deal with Marcus, it appears that Nancy and Tom took his advice on moving their business to Georgia. There is still a website up for Worldwide Trailers, but it looks like it hasn’t been updated since 2014 when The Profit show aired. The business does not have any social media presence, but according to the Better Business Bureau, they are still open.