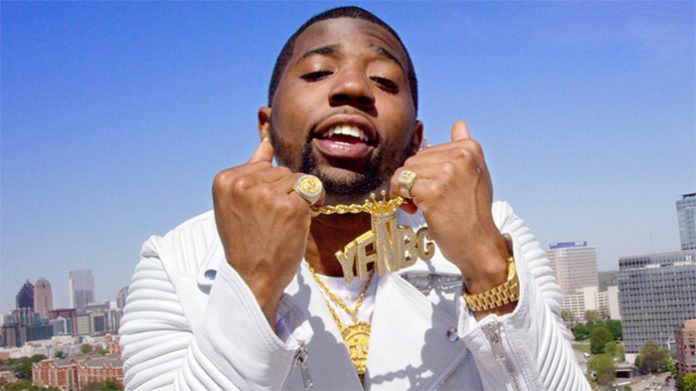 Rayshawn Bennet- better known as YFN Lucci, broke into the hip hop scene in 2014 with his debut mix tape, Wish Me Well. Hailing from Atlanta, Georgia, he grew up listening to the works of Hot Boys, Jay Z, Lil Wayne, Fabulous and Tupac Shakur.  Inspired by his older brother, a rapper that goes by the name of “K”, he eventually decided to try his hand at making music in his mid teens.

By the time he was sixteen, YFN Lucci had connected with Johnny Cinco, an Atlanta-based artist who ultimately inspired him to take his talents to the next level at the studio. Developing his sound over the next few years, he later released his debut mix tape dubbed, Wish Me Well in 2014.

Since then, his discography has grown to incorporate an EP, two mix tapes, and a number of singes, a couple of which hit the US record charts. Currently it is estimated that YFN Lucci has a fortune of approximately $300,000.

Let’s take a look at his different sources of income.

How did YFN Lucci Make His Money & Wealth? 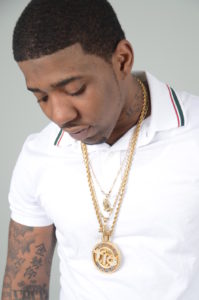 Born on February 16, 1991 in Atlanta, Georgia, YFN Lucci (Birth Name: Rayshawn Lamar Bennett) grew up accustomed to the sounds of hip hop; he was particular fond of the works of Ja Rule, The Diplomats, T.I., and the Hot Boys, to name a few. Inspired by his older brother, who had made himself known as a rapper, YFN Lucci eventually followed in his footsteps in his mid teens. Honing his skill set over the next years, he started to pen his own tracks at the age of sixteen.

By the time he was seventeen, his work had led him to connect him with Johnny Cinco, an Atlanta-based recording artist. Ultimately, it was Cinco’s encouraging words that pushed YFN Lucci to take his passion seriously, and to get himself into the studio. From there, he began perfecting his craft; by 2014, he was featured in two of the tracks from Cinco’s mix tape.

Taking advantage of the buzz generated from the collaboration, YFN Lucci went on to release his first mix tape, Wish Me Well in December of 2014, after signing on with the Think It’s A Game Entertainment imprint. While it didn’t end up charting, it marked his first step into the music industry as a recording artist. By the end of that year, he had released three additional singles, Made For It (Feat. Backpack), I Wonder Why (Feat. Skooly), and Know No Better.

Continuing with his rap game in the next year, YFN Lucci went on to drop his next single, YFN in early 2015. From there, he released the track Don’t Know Where I’d Be (Feat. Rich Homie Quan), a collab that further cemented his place as a recording artist.

On February 16, 2016, two years after the release of his initial mix tape, the Georgia-based rapper released his second title, Wish Me Well 2. Considerably more successful than his first, it ended up reaching number 183 on the US Billboard 200, number 28 on the Top Hip Hop Albums chart and number 17 on the Top Rap Songs chart.

Just a few days later on February 23, 2016, YFN Lucci dropped his first charting single, Key to the Streets (Feat. Migos and Trouble). One of his most popular titles to date, it peaked at number 27 on the US Top R&B and Hip Hop Songs chart, number 70 on the Billboard Hot 100, and number 18 on the US Top Rap Songs chart. With in a few months of its release, an official music video was also made available via his Youtube channel, which has since been viewed over 51,000,000 times.

By the end of the year, he had released a second single entitled, Everyday We Lit. Made available via digital download, the song remains to be his best-charting record to date, having reached number 69 on the Billboard Hot 100, number 24 on the Top Rap Songs chart and number 32 on the Top R&B and Hip Hop Songs chart. By April 2017, an official MV had been uploaded onto Youtube- to date, it has been viewed 10,400,000 times.

Three years after making his debut, YFN Lucci came out with his debut extended play entitled, Long Live Nut on April 3, 2017. A milestone for the artist, it enjoyed a positive reception among fans and critics. Successfully charting in the United States, the EP eventually reached number 27 on the Billboard Top 200, number 12 on the US Top Rap Albums Chart and number 16 on the Top R&B and Hip Hop Songs chart. A few months later, it spawned the single, Never Worried.

In addition to the previously mentioned titles, the rapper has also been featured in the works of several other artists including Jose Guapo, BirdGang Greedy, Bossaleana, Jim Fetti, and Kayla Brianna. Some of said titles include Did Dat, Room Full of Bitchez, Work for It, On My Grind, Lifestyle, and Everyday.

Aside from what he earns from his records, the rapper also earns a considerable amount from performing shows throughout the year. With his level of popularity, it wouldn’t be surprising if he earned upwards of a few thousand per concert. Looking at his schedule now, it looks like he’s slated to perform in a few US cities this upcoming summer.

For those who’d like to support his work and music, official merchandise is also available for purchase through his online website- items range from t-shirts to hats.

Another major source of revenue for the rapper is his official Vevo page on Youtube. Since it was first put together in February 2015, it has amassed over 317,000 subscribers and more than 136,000,000 views across all videos. How much are artists able to make from Vevo? According to various online sources, the advertising rate with Vevo ranges anywhere from $25 to $35 per 1000 views.

If we were to take a look at his most popular upload, the official music video for Key to the Streets (Feat. Migos), which has since been viewed over 51,000,000 times, that works out to be well over $1 million- of course, Vevo would take a cut for themselves, but it’s still nonetheless pretty impressive.

As he continues to put himself out there, his popularity and fame will undoubtedly continue to rise. Who knows? Perhaps one day he’ll be branching out into television, joining many artists who have done the same before him. As of now however, YFN Lucci has a net worth of approximately $300,000- which really isn’t all too shabby for a 26-year-old. Especially since it’s most likely going to keep going up within the next few years.

No, the Georgia-based rapper is not married. Having said that, headlines were made recently after YFN Lucci was allegedly caught sexting with Jerrika Karla, the fiancee of Young Thug. Following the event, the two artists were involved in a social media feud.

It is unknown whether or not he was in any relationships in the past.

Does YFN Lucci Have Any Children?

Yes, according to reports YFN Lucci has two children- a daughter and a son. In fact, the latter made an appearance on radio, alongside his father back in 2015. The identity of the mother has not been revealed.

Where Did YFN Lucci Get His Name From?

According to a recent interview that he conducted with DJ Small, the name “Lucci” was given to him by his brother- Rapper “K” after they had recorded a mixtape together when he was sixteen. The “YFN” stands for “Young Fly Nigga”.

Did YFN Lucci Go to College?

No, the Atlanta-born rapper did not go to college. In fact, not much information is available regarding where he went for his schooling as a teen.

Where Does YFN Lucci Live? Pictures of YFN Lucci’s House

It is presumed that YFN Lucci currently lives in his hometown of Atlanta, Georgia, although details about his home have not been revealed- seeing as he’s quite tight lipped about his personal life.

Speaking of homes, his childhood home in Atlanta was shot up twice in a single week back in 2016, when the rapper was allegedly out of town. According to YFN Lucci, his mother and her friend were shot in the second shooting, though they were “good enough” to take themselves to the hospital.

Unfortunately, we do not have any pictures of YFN’s Lucci’s house to share at this moment.

What Kind of Car Does YFN Lucci Drive?

How Much Did YFN Lucci Make Last Year?

Unfortunately, the rapper’s salary for 2016 has not been disclosed to the public.

At just twenty six years old, the hip hop recording artist has carved a successful career for himself in music. Despite his relatively young age, YFN Lucci’s discography boasts a charting extended play, two mix tapes (one of which charted), and several singles. Not only that, but he’s had the chance to collaborate with a number of well known artists in the country including Ralo, Meek Mill, 2 Chains, Cap G, Yo Gotti, and Lil Duck.

2017 has proved to be a productive year for the rapper- just this past April, he came out with his first extended play entitled, Long Live Nut which entered the Billboard Top 200 at number 27. The EP eventually gave rise to the lead single, Everyday We Lit which peaked at number 75 on the Billboard 200- making it one of his best charting records to date.

In addition to that, he’s released two collaborations with Dirty1000 and KD Young Cocky entitled On My Grind and Lifestyle respectively. As well, YFN Lucci has worked with PnB Rock in There She Go, and with Black Youngsta in Confuse Me– both of which were also dropped earlier this year.