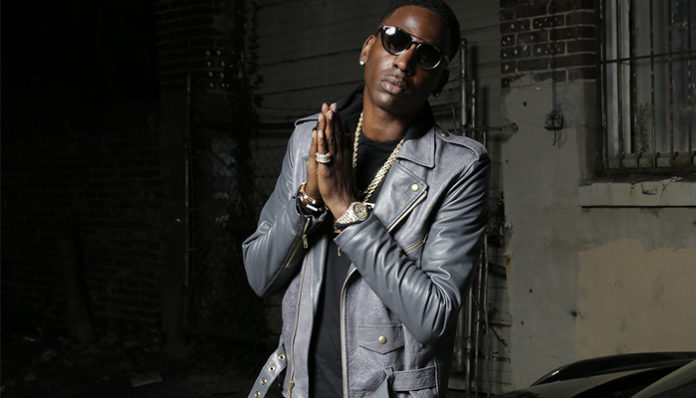 Adolph Thorton Jr., better known as Young Dolph made himself known as a rap artist with his debut album, King of Memphis in 2016. Raised in the rough streets of Memphis, he grew up with a strong passion for music. Despite the fact that he was surrounded by alcohol and drugs during his youth, he never let it completely define him.

Encouraged by his peers to take his talent to the next level, he started to rap more seriously in his mid to late teens. In 2008, Young Dolph, who was 23 at the time, released his first mix tape, Paper Route Campaign. Since then, the artist has dropped over a dozen additional tapes, a few singles, as well as two full length albums.

Would it surprise you if we were to tell you that he has a net worth of one million dollars? Let’s take a look at his different sources of income.

How did Young Dolph Make His Money & Wealth? 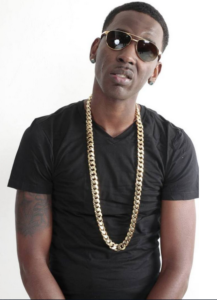 Born on August 11, 1985 in Chicago, Illinois, Young Dolph (Birth Name: Adolph Thornton, Jr) spent the majority of his youth in the city of Memphis, Tennessee, surrounded by alcohol and drug use. Despite having grown up in such a hectic environment, he never let it define who he was. One of five siblings, he was raised by his grandmother, as his parents were often out “smoking crack” (something which he references in his song, Preach) Even as a young teen, music had always held a special place in his heart; however, it wasn’t until he was urged by his peers to take his hobby more seriously that he started to dedicate more time towards rapping.

In 2008, Young Dolph broke into the local music circuit with his debut mix tape entitled, Paper Route Campaign. Continuing to hone and perfect his skills over the next few years, he went on to release a series of tapes including Welcome 2 Dolph World (2010), High Class Street Music (2011), High Class Street Music 2: Hustler’s Paradise (2011), South Memphis Kingpin (2013) and A Time 2 Kill (2013).

However, it wasn’t until 2015 that his work started to garner nationwide attention. That year, Young Dolph was featured in Colonel Loud’s charting single, California alongside Ricco Barrino and T.I., a project that ultimately helped to bolster his presence. A relative hit, the track charted at number 101 on the Billboard Top 100, at number 10 on the Top rap Songs chart and number 39 on the Hot R&B Songs chart.

On September 25, 2015, Young Dolph was featured on O.T. Genasis’ hip hop title, Cut It. A huge hit, it entered the US Billboard 100 at number 94 before peaking at number 35; the single eventually also reached number 11 on the Hot R&B and Hip Hop Songs chart. Further boosting his popularity and fame, the song has since gone platinum after selling over 1,000,000 copies.

In 2016, the rapper released two mix tapes: the first entitled Bosses & Shooters (a collaboration with Bino Brown and Jay Fizzle) was made available on May 27, 2016. His second tape of the year, Rich Crack Baby ended up becoming his one of his best-selling titles to date, having peaked at number 132 on the Billboard 200, number 13 on the Top Rap Songs album and number 14 on the Top R&B Albums record chart.

Aside from his mix tapes, Young Dolph also came out with his long awaited debut studio album, King of Memphis on February 19, 2016. Boasting thirteen new hip hop tracks, it enjoyed considerable success upon its release, peaking at number 49 on the Billboard Top 200, number 5 on the Top Rap Albums chart and number 9 on the Hot R&B and Hip Hop Albums chart.

On February 3, 2017, the artist dropped his latest mix tape dubbed, Gelato via the Paper Route Empire imprint. His most popular title to date, it reached number 54 on the US Billboard 200, number 22 on the Top R&B Albums chart and number 13 on the Top Rap Albums chart.

A few months later, he released his second full length album, Bulletproof on April 1, 2017. Preceded by the promotional single, That’s How I Feel, the album contained ten tracks one of which featured Gucci Mane. In terms of chart-performance, the album settled at number 36 on the Billboard Top 200, number 14 on the Top Rap Albums chart and number 19 on the Top Hip Hop Albums chart in the United States.

As far as other income sources go, Young Dolph presumably earns a considerable amount throughout the year by performing at various concert shows. For instance back in 2015, he headlined his own tour which ended up selling out throughout the US- a tell tale sign of his popularity and success. While the rapper is currently not on tour at the moment, it looks like he has a few performances planned this upcoming summer in California. Allegedly, Young Dolph earns upwards of $30,000 per show.

In addition to that, his earnings are also supplemented by what he manages to sell through his official merchandise store. Available via his online site, fans are able to support Young Dolph’s work by purchasing items such as hoodies and t-shirts.

Proving himself against the odds, Young Dolph has successfully engraved an identity for himself in the world of rap. With time, his career will surely continue to lead him to stardom. One thing’s for sure, his net worth’s not about to come down anytime soon.

No, Young Dolph is not married. Having said that, he is in a relationship with his long time girlfriend- although her identity has not been revealed.

It is unknown whether or not he has had any relationships prior.

Does Young Dolph Have Any Children?

Yes, Young Dolph has a young son (the identity of the mother has not been revealed). Just a few months ago it was also revealed that his girlfriend was pregnant with his second child, a daughter to be named Aria Ella. Many photos of their baby shower have since made its way onto the web.

Where Did Young Dolph Get His Name From?

The artist’s stage name consists of his real first name “Dolph” and the common prefix for rappers, “Young”.

Did Young Dolph Go to College?

No, Young Dolph did not go to college. In fact, for many years as a teen, he did not believe that he would be one to complete high school. It wasn’t until his grandmother, whom he was living with at the time, said that dropping out was not an option, that he graduated- in a way, for her.

Unfortunately, Young Dolph’s living residence has never been revealed to the public (which is understandable considering his need for privacy). Having said that, he most likely has no trouble affording a comfortable home for himself and his family with the amount of money he’s able to rake in with his music career.

Sadly, we do not have any images of his home to share with readers at the moment.

What Kind of Car Does Young Dolph Drive?

We do not have any information regarding Young Dolph’s vehicle at this time.

How Much Did He Earn Last Year?

According to various online sources, Young Dolph earned a little over $400,000 in 2016- although this has not been officially confirmed.

Within the past few years, Young Dolph’s popularity and presence in the rap scene has grown immensely with the release of his charting mix tapes, Rich Crack Baby (2016), and Gelato (2017). Throughout his career, he’s had the opportunity to collaborate with a number of talented artists including Ricco Barrino, T.I., O.T. Genasis, and Gucci Mane.

Not only that, but his two studio albums thus far- King of Memphis and Bulletproof have both also managed to chart within the top 50 on the Billboard Top 200.

This past February, headlines were made after Young Dolph became the apparent target of a shooting in Charlotte, North Carolina. According to authorities, close to a hundred shots were fired with at least a couple of vehicles being involved. From there, it was later speculated that the incident had stemmed from an ongoing rivalry between the rapper and Yo Gotti- although both initially remained silent. Fortunately, Young Dolph was not injured in the accident as his vehicle is equipped with bulletproof glass. In response to the attack, he released his second studio album, appropriately named Bulletproof, which was promoted through the attack’s publicity.

Finally this May, Memphis-based rapper Black Youngster and a couple of other men turned themselves into the police for being involved in the shootout.

Aside from that, it looks Young Dolph has a couple of shows planned for this summer including one in Hollywood later this May, and another in Los Angeles in June.