Rich Chigga Net Worth 2018 – How Much Brian Imanuel Is Worth? 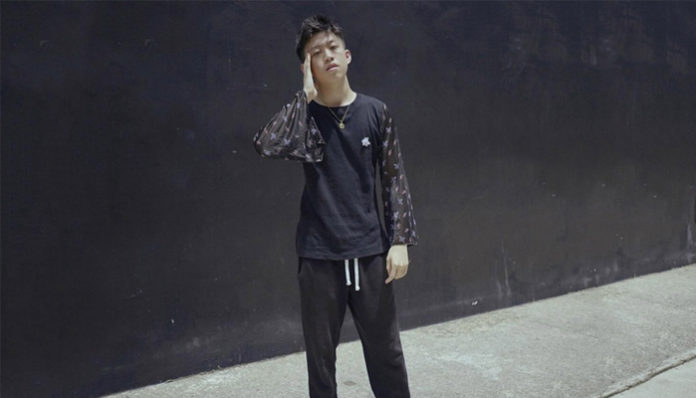 Indonesian hip hop artist Brian Imanuel- better known as Rich Chigga, is best known for his 2016 single, Dat Stick. Raised in Jakarta, Indonesia, he learned how to speak English over the years by watching Youtube videos and listening to rap songs by Macklemore, 2 Chainz, Tyler The Creator and Childish Gambino. At the age of eleven, he started to record his own dark comedy videos, which he later uploaded online.

Eventually inspired to get involved with music himself, he released his debut song, Living the Dream in the summer of 2015. However, it wasn’t until the following winter, with the release of Dat Stick, that he garnered widespread attention. Since then, Rich Chigga has dropped a handful of additional singles including Who That Be, Seventeen, Back At It, and Gospel.

Despite still being in his teens, Rich Chigga’s work has earned him a few hundreds of thousands of dollars over the past couple of years. Where did this money come from exactly? Let’s take a closer look at his career so far.

How did Rich Chigga Make His Money & Wealth? 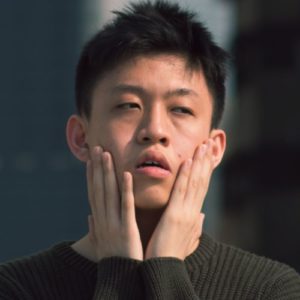 Born on September 3, 1999 in Jakarta, Indonesia, Rich Chigga (Birth Name: Brian Imanuel), who is of Chinese ancestry, has spent the majority of his life in the country’s capital. Deeply interested in American culture and music, he taught himself English by watching Youtube videos and listening to rap songs during his young teen years. Allegedly, he would wake up in the wee hours of the morning to interact with his American friends online, due to the significant time difference. The youngest of four siblings, his parents owned a local cafe, with which they used to support the family.

Home-schooled, Rich Chigga often found himself lonely and bored. When he was ten years old, he got his hand on a Rubik’s Cube; unable to solve it, he soon logged onto his parents’ computer for a puzzle strategy. Ultimately, it was then that he first discovered the existance of Youtube. As one thing led to another, he eventually started his own Youtube Channel to which he uploaded various comedy videos that he recorded himself.

A fan of hip hop (after being introduced to it by his American friends), the Indonesia- native was especially fond of the works of Tyler, The Creator, Childish Gambino, Macklemore, and 2 Chainz. Not long after mastering the English language, he started to pen and record his own beats and tracks. In July of 2015, he came out with his debut song entitled, Living the Dream which featured the production of DJ Smokey.

After honing his skills for a few months, he released his debut single dubbed, Dat Stick on February 22, 2016. Ultimately, it was thanks to a reaction video to the track, one that featured Desiigner, Tory Lanez, Ghostface Killah, 21 Savage, and MadeinTYO, that the song exploded in popularity. A major breakthrough for the young rapper, it quickly bolstered his fame to the next level both in his native Indonesia and the United States.

Co-written by Rich Chigga himself, the track was made available via digital download on a number of different platforms including SoundCloud, Apple Music, Spotify, and the iTunes Store. Responsible for breaking him into the music realm, Dat Sticklater found its way onto number four on the US Bubbling Under R&B and Hip Hop Singles Chart.

Following its initial success that year, a remix version of Dat Stick was released online on October 12, 2016. Unlike the original, it featured guest appearances from American rappers Pouya and Ghostface Killah. Although it’s unclear how much exactly the teen earned from the breakthrough hit, it’s probably safe to assume that it’s well in the thousands.

Since the official music video for the track was uploaded onto his Youtube account, it has been viewed over 46,000,000 times. To date, it remains to be Young Chigga’s most popular video on his channel.

From there, Rich Chigga released his next hip hop title, Who That Be on August 9, 2016. Made available via iTunes, the track- which was produced by Sihk, helped to further boost his popularity in the online world (although it didn’t end up charting in the record charts).

Before the end of the year, the Indonesian rapper released an additional single entitled, Seventeen. Although it didn’t chart, it proved to be popular among fans online; since the song was posted onto his Youtube channel, it has been streamed more than 3,800,000 times- surely that’s nothing to scoff at.

More recently this year, Rich Chigga has come out with two singles, Back At It and Gospel, the second of which featured the vocals of fellow rappers XXXTentacion and Keith Ape.

In addition to his solo works, the artist has also been featured in MAXXJAMEZ’s 2015 single, Turbo Thot 3000 alongside Boy Gwaan, Parade, and Kilmatic Jay.

Aside from what he has been able to earn from his musical releases, his Youtube Channel is also a main stream of income for the young rapper. As of May 2017, Rich Chigga has over 460,000 subscribers and has garnered more than 60,000,000 lifetime views. Seeing as how individuals are capable of earning anywhere between $2 to $5 per 1000 views on the video-streaming site from ad revenue, the Indonesian-based artist has easily earned a few thousands from his uploads online.

Despite all of the popularity that he has pulled in from the United States however, he still has never set foot into the country. Currently, Rich Chigga still resides in his hometown of Jakarta, Indonesia, over 9000 miles away.

Unsurprisingly, the rapper also earns hefty paychecks for putting on performances. Since his breakthrough back in 2016, Rich Chigga has held a number of concert shows around the world- all of which were packed full of fans. In fact, looking at his current schedule, the 17-year-old has a few events planned for this upcoming summer including ones in Vancouver, Santa Ana, West Hollywood, and Calgary.

Sure, we don’t know how much he gets paid per show (e.g. thousands? tens of thousands?), but regardless- performing on stage is an incredibly way of boosting his popularity around the world. The fact that his concerts are often packed full is another tell-tale sign of his rising presence in North America.

Considering the fact that he’s still in his teens, with plenty of time for development and growth, his career will definitely continue to grow over the next few years. Will Rich Chigga, like many artists before him, eventually break into the world of television? Currently, the only thing that appears to be holding him back is the fact that he lives in Indonesia.

While the 17-year-old still lives with his parents in Jakarta, what’s to say that he won’t relocate to the United States in the next years? For one thing, we definitely will not be shocked to see him on television- considering his natural talent for comedy.

No, the viral music sensation is not married. In fact, it’s not even known whether or he is currently in a relationship. If he does have a girlfriend, Rich Chigga has not revealed it to the public.

Seeing as how he’s such an incredible seventeen year old however, he probably won’t stay single for long. Having said that, it’s most likely a few years too early for him to be thinking of marriage.

Does Rich Chigga Have Any Children?

Considering his young age, and the fact that it’s uncertain whether or not he is currently in a relationship, the easy answer is no- Rich Chigga does not have any children.

Where Did Rich Chigga Get His Name From?

Many fans have always pondered about the meaning behind his moniker. Where did he get his stage name from? According to the rapper himself, he first picked up the name when he was fourteen years old, when he was in the middle of recording his first song. At the time, “[he] had no idea what [he] was doing” and that his work would later “blow up”.

After seeing what other rappers called himself in America, he decided that he had to have the word “Rich” in his stage name. From there, his friend recommended for him to add “Chigga” to it, and thus he was known as Rich Chigga. At one point, the Indonesian artist thought about changing his name but ultimately decided against it.

Although a lot of people are seemingly offended by the name, Rich Chigga clarified that he simply did not know what he was doing at the time, and that it was not his intention to offend people.

Did Rich Chigga Go to College?

No, Rich Chigga did not go to college. Technically, he would still be in high school considering that he is seventeen years old. However, it has been stated that he has been home-schooled for most of his life.

Rich Chigga currently resides in Jakarta, Indonesia, the same city in which he was born, with his parents. As far as housing goes, no details have ever been released about his home- presumably to protect the privacy of his family.

Therefore, we unfortunately do not have any pictures of his home to share at this time.

What Kind of Car Does Rich Chigga Drive?

It is unknown whether or not Rich Chigga currently drives.

Despite being only seventeen years old, Rich Chigga has successfully made a name for himself online on various social media platforms. Not only has he attained over 60,000,000 lifetime views on his Youtube Channel with over 460,000 subscribers, but he also has over 450,000 followers on Instagram and more than 400,000 followers on Twitter. On Facebook, Rich Chigga also has more than 450,000 fans worldwide.

Most recently this year, he reached another milestone after announcing that he would be embarking on his very first US concert tour in March. The event eventually kicked off in Los Angeles and ended in Texas after five shows.