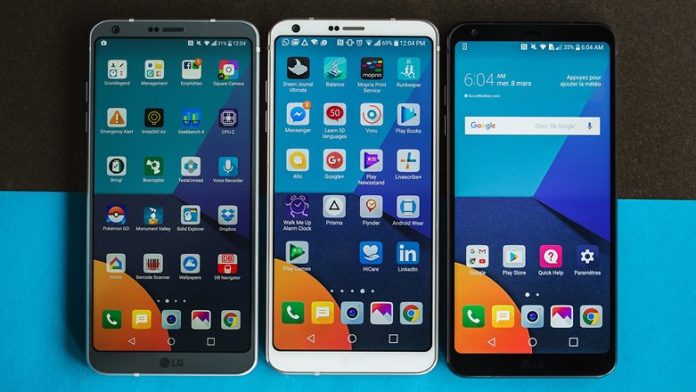 LG is determined to take extra precautions with its next flagship phone following fellow Korean rival Samsung’s fiasco with its fire-prone Note 7 phone. Samsung was forced to recall millions of Note 7 units after dozens overheated and and caught on fire.

Samsung blamed the issue on problems with its batteries and pledged tighter quality controls and more rigorous testing.

As a result, LG said it’s doubling the separation between the battery’s positive and negative chambers to mitigate the risk of a short. Investigators involved in the Samsung probe found that overtly thin separators were partly to blame for Note 7 setting on fire.

Moreover, LG also redesigned the phone’s interior, separating the two primary sources of heat – the main processor and the display driver – and turned other components into heat sinks to disperse heat.

Frank Lee, spokesman for LG, said: “We started by placing these two (sources) as far apart as possible and then built the phone around it.”

Despite the fact that LG had not experienced Samsung’s failures with the Note 7 batteries, Lee said that wireless carriers are seeking tighter safety assurances for all phones they sell.

“What’s important for them is to make sure that they present to their subscribers a quality, stable product,” Lee said in an interview. “This caught the entire market off-guard.”

The G6 features a 5.7-inch screen and is adopting an 18:9 aspect ratio, meaning the display’s height is twice the width – wider than regular high-definition TV, though not as wide as what most movie theaters offer.

It is also matching rivals by including water and dust resistance, which it has done by abandoning the concept of replaceable batteries and new modules – which at the time was considered a gambit to set itself apart from competitors. The G6, however, still retains a wide-angle camera.

In offering an 18:9 aspect ratio, LG hoped to capture a larger share of the smartphone market. Since its release in earlier this year, sales increased 9.7% at $12.70 billion.

John Dennis Mendiola
A Business Administration graduate who takes interest in current events and existentialism. He is often found browsing the weird and bizarre during his spare time.
RELATED ARTICLES
Technology