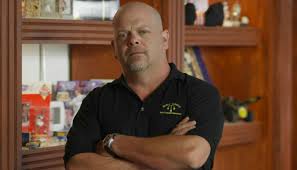 American businessman Rick Harrison rose to nationwide fame after being featured in the reality series, Pawn Stars. Originally from North Carolina, he is best known as the co-owner of The World Famous Gold & Silver Pawn Shop, located in Las Vegas.

After dropping out of high school at the age of sixteen, he earned himself a couple thousands of dollars per week by selling fake luxury handbags. In his twenties, he teamed up with his father to open up a pawn shop not too far from the Las Vegas Strip; their business eventually boomed over the next two decades.

Although he’s been a successful businessman for many years, it wasn’t until 2009 that Harrison became a reality star with the launch of the History series, Pawn Stars.

Currently, it is estimated that he has a net worth of $8 million. How has his career played out over the years? Let’s take a closer look.

How did Rick Harrison Make His Money & Wealth? 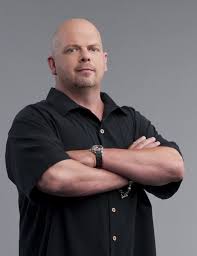 Born on March 22, 1965 in Davidson, North Carolina, Rick Harrison (Birth Name: Richard Kevin Harrison) spent the majority of his youth in San Diego, after his family moved there for his father’s work. Growing up, he often suffered from epileptic seizures, a condition that let him to spend long hours in bed; as a result, he developed a passion for reading at a young age.

While still in grade school, he grew extremely fond of a series of children’s books by John D. Fitzgerald, which revolved around a young con artist who had the ability to conjure up a variety of money making schemes- these stories ultimately played a large role in shaping his later life. After graduating from Taft Middle School, he proceeded to go to high school; however he later dropped out during tenth grade in lieu of selling fake luxury handbags. At one point in time, he was said to have earned upwards of $2,000 a week from his “business”.

In 1981, Harrison and his family moved to Las Vegas, Nevada, following the failure of his parents’ real estate business. When he was seventeen years old, his girlfriend got pregnant; although she subsequently miscarried, the two decided to get married. At the time, he worked for his father’s Gold & Silver Coin shop.

After accumulating a few years of experience, Harrison and his father teamed up to open the Gold & Silver Pawn Shop, close to the popular Las Vegas Strip. With lots of hard work, their business soon boomed over the next decade. By 2005, the father and son pair were loaning out an average of $3 million per year- which translated to approximately $700,000 in terms of interest income.

Before long, their pawn shop had gained a reputation for selling special sports memorabilia pieces. For instance, they were in possession of a 2001 New England Patriots Super Bowl Ring at one point, one that previously belonged to Brock Williams, an American football cornerback.

By the late 2000’s, Harrison started to fiddle with the idea of making a pawn shop-oriented TV Show. From there, he started to pitch the idea to a number of networks, unfortunately however, his efforts did not produce results.

Ultimately, it wasn’t until 2008 that he was approached by two representatives from Leftfield Pictures, who had wanted to create a reality series about a Las Vegas-based pawn shop. The next summer on July 19, 2009, Pawn Stars premiered on the History channel. A huge hit, it quickly became the network’s highest rated series, drawing in millions of viewers every week.

Lauded for its educational value, Pawn Stars has since earned itself a loyal fanbase in North America. The second highest-rated reality show on television in 2011, behind Jersey Shore, it has since been on air for close to 500 episodes, spanning across 14 seasons. As of May 2017, the series is currently on its fourteenth season.

As the co-owner of the store, Harrison frequently appears in the show, alongside his son Corey, and his father, Richard. Known for his sharp eye for valuable items, he is given the moniker, “The Spotter” on Pawn Stars. As views of the show would know, he frequently calls upon professional specialists for help, in order to determine the value and authenticity for items that he is unsure of.

According to various online sources, Harrison earns upwards of $15,000 per episode. Considering the fact that a season runs anywhere from 25 to 50+ episodes, this works out to be a salary of over $400,000 per season. Multiplying that by the number of seasons thus far, fourteen, and that works out to be well over $5 million- and that’s from the TV series alone!

If we were to combine his earnings from the reality show and his actual business, we’d get an amount that’s far greater than $5 million.

Following the airing of Pawn Stars on television, the store also became a tourist destination- in particular for fans of the show. The last time we checked, it wasn’t uncommon for there to be a huge lineup outside of the pawn shop, as individuals are excited to see the store for themselves.

In addition to what he earns from the pawn store itself, and the reality television show, Harrison also rakes in a considerable amount from selling branded memorabilia products. For instance, fans are able to purchase items from hoodies to autographed bobbleheads- which range anywhere from $35 to $400+.

Unbeknownst to some, Harrison has also worked as an executive producer on Pawn Stars. From 2012 until 2014, he helped to produce over 140 episodes. Aside from his own show, he also worked on Blood Sweat and Heels in 2014.

Although he’s more of a reality star than actor, he has made a couple of scripted appearances over the past years. In 2012, he appeared as himself in the comedy series, The Middle; he later appeared in the Pawn Stars segment in Bob Dylan: Like a Rolling Stone.

Since 2010, the businessman has also made a handful of appearances in American Restoration- a spinoff of Pawn Stars that focuses on the daily activities of an antique restoration store owned by Rick Dale. As of 2017, Harrison has appeared on the show six times.

A couple of years later, Harrison also made his debut in the later spin-off, Counting Cars (2012). Similar to Pawn Stars, and American Restoration, the show revolves around Count’s Kustoms- an automobile customization and restoration company located in Las Vegas, Nevada.

In 2011, the Pawn Shop owner also released his autobiography, License to Pawn: Deals, Steals and My Life at the Gold and Silver; the title has since become a New York Times Best Seller.

Currently it is estimated that Rick Harrison has a fortune of $5 million. If the past success of his pawn shop is any indication, this amount will only continue to grow over the next few years. As for his reality TV show, there are no signs that it will be cancelled anytime soon. If anything, it will continue to run on the History channel for many more years to come- of course with that, it wouldn’t be surprising if he somehow managed to negotiate an even higher salary for being on the show. Considering its growing popularity, that most likely won’t be an issue.

Yes, Rick Harrison has been married to his third wife, Deanna Burditt for five years; after announcing their engagement in 2012, they tied the knot in July of 2013 in Laguna, Beach. (Trivia: Danny Koker from Counting Cars performed the creepy as the ordained minister while Chumlee acted as the ring bearer).

Does Rick Harrison Have Any Children?

Yes, Rick Harrison has four children. With his first wife Kim, he had two songs, Adam and Corey- the latter of whom often appears on Pawn Stars (the rest have no intention of appearing on the show). With his second wife, he had another son named Jake and a daughter named Sarina.

Did Rick Harrison Go to College?

No, the Pawn Star did not go to college. After middle school, he attended high school briefly but later dropped out during tenth grade in lieu of selling fake designer handbags. At one point, he is said to have earned $2,000 per week from this “business”. Harrison later co-founded the Gold & Silver Pawn Shop with his father in his twenties.

Rick Harrison currently resides with his family in Las Vegas, California- not too surprising as his business is based out of the city. Judging from the satellite images that we have of his home, he lives in a comfortably sized home, complete with a swimming pool in the backyard.

Unfortunately, further details regarding the property are unavailable at the moment.

What Kind of Car Does Rick Harrison Drive?

If you’ve watched the show, then you’re probably aware of the fact that Harrison has quite an impressive vehicle collection. The last time we checked, he owned a ’73 Volkswagen, a ’68 Mustang GT Fastback, a 47’ Power Wagon, a 68’ Trump, a ’73 Jeep, a 40’ Indian Chief, and a 40’ Chevy Special Deluxe. However, perhaps the most noteworthy mention is his black Porsche Panamera.

How Much Did Rick Harrison Make Last Year?

According to various online sites, the reality star made upwards of $1 million in 2016.

Despite the fact that he never went to college, Rick Harrison has done incredibly well for himself as a businessman. Since he first co-founded the Gold and Silver Pawn Shop in 1989, the company has grown a significantly in the Las Vegas area.

Not only has his business venture proved to be successful, but he’s also made a name for himself in reality TV, as one of the main cast members of Pawn Stars. One of the most popular programmings on the History channel, it garners millions of viewers every week and has been ongoing since 2009.

In 2010, Harrison received the Pawnbroker of the Year Award from the National Pawnbrokers Association for his work in helping to enlighten the public about the industry.

Currently, Harrison is filming for the fourteen season of Pawn Stars, which premiered on History on April 10, 2017.

Recently, the Pawn Shop owner also made headlines after exclaiming his relief that President Obama is out of office. According to him, his administration had made business in the United States “a nightmare”.