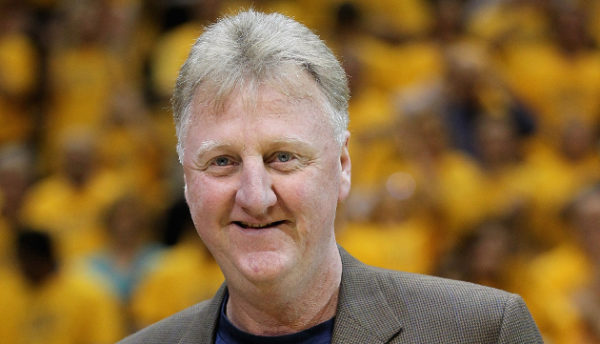 Known as an old school king of the court, Larry Bird has also become a coach and even at one point an executive of the association which made him famous, the NBA. While perhaps best known for his 1992 performance in the Olympics as a member of The Dream Team, many people have questioned if Bird was even still alive, and if so how he has been faring these recent years. Here, we take a look at how he has not only survived, but thrived in 2017. We’ll examine his net worth, as well as answer some frequently questions about the big man.

How Did Larry Bird make his money and wealth?

The story of how Larry Bird came to fame and fortune is one nearly half a century in progress. After picking up basketball as a way to distract him from poverty and a rough family life (his father committing suicide early on in his high school years), Larry Bird would quickly make a name for himself in his high school, being an all time scoring leader for the school. As a result, he would go on to play at Indiana University in 1974 for about a month, before dropping out to resume his studies closer to his home at Indiana State the next year. In 1975, he started a three year career that would end with a first ever appearance for the team on the NCAA Tournament Bracket. It should be noted the final game Bird played in the tournament also included Magic Johnson, though on the other team.

A surprise to no one watching him progress, Bird would then be picked up in the 6th round of the 1978 NBA Draft by the Boston Celtics. His agent would end up netting Bird a league record of a salary of $3.25 Million for the next 5 years. He would end up being a king of the court for them, and making the team household names. He would stay on with the team until 1992, however the final years would be burdened with health problems, while brightened with a gold medal from the Olympics, where he was team mates with Magic Johnson and Michael Jordan.

After the end of the 1992 season, the Celtics would retire his jersey, but not Bird himself. Kept on as a special assistant, Bird would learn how to work at the executive level. This would last another five years until Bird landed his own coaching gig with a more hometown team, the Indiana Pacers. Despite never really getting formal coaching on, well, coaching, Bird would end up getting a Coach of the Year award being the only person in history to grab both a Coach of the Year and MVP award. This would be added to later in the 2011-2012 season when he was bumped to an executive, and subsequently get the Executive of the Year award, thus adding a final crowning jewel. Almost as soon as the award was announced he would end up leaving the team for health reasons, and magically make it back the next year. He has stayed in the position until just recently (May of 2017) where he resigned from a formal position. Fear not, Pacers fans, he’s still signed on to help the team out as an advisor, though this hasn’t been mentioned to have pay.

Aside from his more direct earnings of income, his name and appearance have shown up on clothes, video games and even several movies which have continued to gain him revenue over the years. Among them, his appearance on Space Jam may be the most lucrative single item, though his jersey sales remain strong to this day. He has also been known to trade in real estate a bit, routinely switching up residences.

At time of writing, Larry Bird is still married to Dinah Mattingly, to whom he has been since September of 1989. Before this, he was married to Janet Condra, his school sweetheart with whom he had a daughter with for just under a year between 1975 and 1976. He now has a daughter and two children from his second wife. Their names are Corrie, Connor and Mariah.

Larry Bird Salary & Annual Earnings in 2017
At time of writing, it is hard to reliably calculate Larry Bird’s yearly earnings. Between his recent depature from a salaried role with the Pacers, he also has quite a bit of money coming in from licensed merchandise of his image and jersey. However, a modest estimate would be at least $2 Million, with potentially more pending the sale of his home and savings and investment returns. 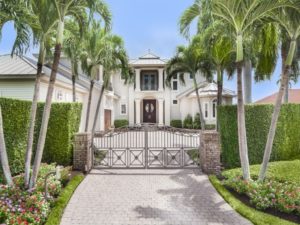 While currently still on the market, the flashiest of Bird’s homes is for sale – for multiple millions of dollars on the Florida waterfront. With 4 Bedrooms, 6 Bathrooms, a waterfront pool, a home theater, and plenty of classical designs done right, Bird’s home is worth a fortune, with the Palm Tree lined entrance included, of course. 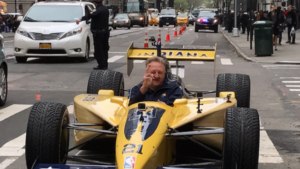 While most of Larry’s life and style are remarkably muted, and his day-to-day vehicle choice is probably similar, recently when he came to New York to make a bid to allow Indianapolis to host the All-Stars game in 2021, he rolled in on one set of wheels no one would have expected: A pacer’s “Indy” Car, fully retrofitted and (supposedly) street legal.

While Larry Bird is usually quite hushed about his charity donations, claiming an in interview “All my donations are sort of made under the table. I don’t need the publicity.” Some of his preferred organizations have come to light. As part of the Pacers franchise, he works extensively with the Simon Youth Foundation, The Charitabulls, The American Foundation for Suicide Prevention, and has a great interest in helping charities that handle depression, suicide, and support for those living with or surviving past those suffering from such issues.

The list of accomplishments for Larry Bird are long and illustrious, including a combined 30 NBA Champion, MVP or All Star titles, 10 times on the All-NBA First and Second Teams, John Wooden Award, a Naismith College Player of the Year award, NBA Coach of the year, NBA All-Star Head Coach, and finally NBA Executive of the Year. An honorary award for trash talker of the Association may also be granted to him, as he often openly mocked opposing players or coaching decisions of the other team, but also tended to back up his pokes and prods with performance.