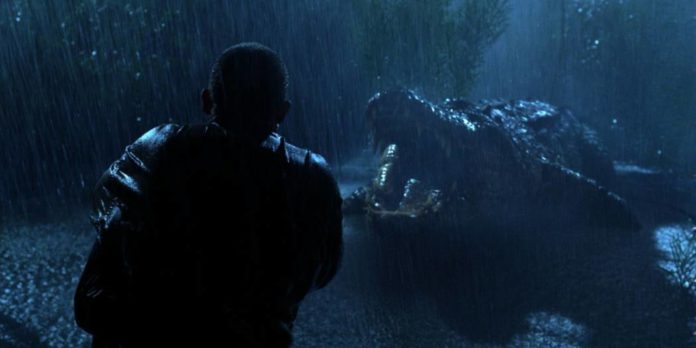 Big, scaly and scary, Crocodiles have always had a place in the movies. Whether as giant monsters hiding in the swamps of a long forgotten swamp, or hiding out in a sewer to be a good jump scare to the audience, they can provide a bit of that always needed tension for a good film. Here, we take a look at the ten most popular crocodile movies of 2017. 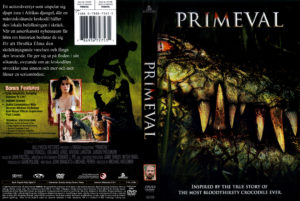 Not to be confused with the BBC series with the same name, this Primeval is a croc film set in Burundi. Centering around the hunt for Gustave, a 25 foot long killer crocodile who for the sake of the movie is called the “world’s most prolific serial killer”. Having a plot that one would expect with the stereotypical tropes in terms of casting, some may find this film a little on the ham fisted side. However, if you can stand the cheesiness, or in fact enjoy a cheesy creature flick, this may be for you. It’s no prize winner in terms of films, but it’s a good popcorn flick. 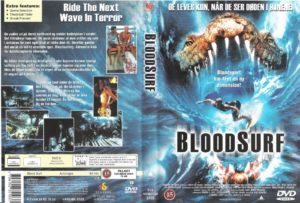 Also called Krocodylus depending on where you get this movie, this comedy horror is something to behold, so long as you don’t think about the plot too much. Focusing around a sport whose participants have about as much of a self-preservation instinct as a group of Lemmings participating in a sky-diving event, Blood Surf centers around, you guessed it, the fictional extreme sport of blood surfing on the Australian coast. By adding blood in the water, surfers risk going from hanging 10 to hanging 5 (or less) as a giant crocodile takes the easy pickings, all in front of MTV-style filmmakers. With more plot holes than a script for Swiss Cheese, this film proves that sometimes poor quality films are cult hits, and this is one fine example of it. 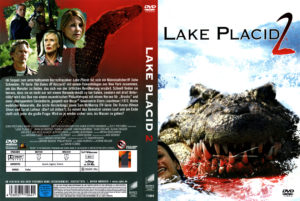 Do you like bad acting ala The Room? How about hunters using grenade launchers? And finally, how about some giant crocs in the mix to give it that not-so-authentic comedy horror flavor? If that sounds like your kind of film, then Lake Placid II is for you. A fine film for both drinking games, laughing, and seeing exactly how far removed a film’s characters can be from the “reality” of the film’s plot, this sequel to an equally campy originally fails so hard, that it’s almost good. Just as a warning though, if you get embarrassed easily for other people, the cringe factor on this film is never below a 6 out of 10 and was made as a Sci-Fi Channel TV Movie, so be sure to plan accordingly. 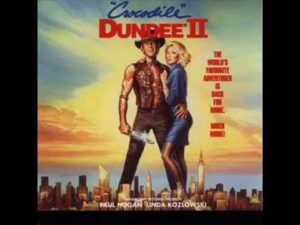 Another sequel to make the list, Crocodile Dundee II I find to be a classic despite some ratings being much less forgiving. Continuing where the plot of the original left off, Dundee II starts off in a very crocodile lacking place, New York City. But as a means of mishaps and run ins with criminals, the two leads of the film end up back in Croc country and the Australian outback, making for a great adventure for all. While not as well received as the original, it’s still a rather popular film with a lot going for it, and definitely a contendor for a potential marathon movie night if you want one with a few outback critters. 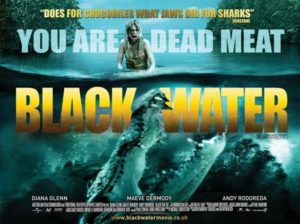 If you’re a fan of psychological horror, survival horror, and crocodiles, then Black Water may be the movie for you. Made in a similar vein to many early 2000’s psycho-horror films, the plot surrounds a trio finding a guide into the Australian mangrove swamps for a fishing trip. As expected, this trip goes awry and the group try to escape their fates as the waters rise, hiding an absolute monster of a beast lying just below the muddy water. While not the highest rated film around, it’s great if you are into low budget, high thrills and something that’s just close enough to reality to get the blood really pumping.

5. Indiana Jones & The Temple of Doom 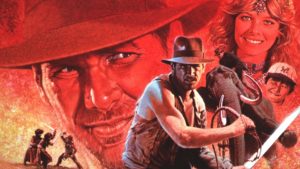 Though certainly not keeping crocodiles at the forefront of the film, Indiana Jones & The Temple of Doom does contain them, as well as being considered a classic movie to some, and a campy comedy by others. While probably not as well liked as the Raiders of the Lost Ark, The Temple of Doom holds some of the most iconic scenes in the series, including the heart scene and a few crocodiles. At any rate, this film regularly performs far better than the most recent installment of the series, Indiana Jones and the Kingdom of the Crystal Skull. 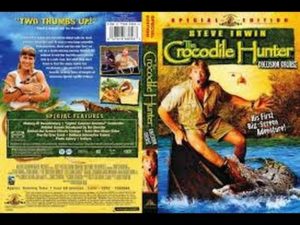 Before his untimely passing, the original Crocodile Hunter, Steve Irwin, got his own movie which turned out to be pretty popular. Based mostly on Irwin’s own antics as a super passionate conservationist, the film involves one very large croc, a team of CIA agents who are mistaken as poachers, a tracking drone and the Irwin family. While not as scary as some of the other films listed here, this does feature crocodiles in a rather good light as well as many other wildlife species found in Australia. If you are big on the conservation bend when it comes to crocodiles and like a lot of light hearted fun, this is a great option as a film. 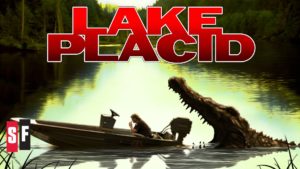 This film, much like the sequel mentioned earlier, will need quite a bit of suspension of disbelief to get through. For any fellow biology nerds, please set aside the fact that most crocodiles are salt water creatures and don’t stand much of a chance as far north as Maine. Also, that an absolute giant of one can start picking off people like blueberries off the bush when the film gets rolling based in Black Lake. Based primarily as a faux-science comedy, you do have a special appearance from Betty White which was admittedly unexpected but very welcome as it adds to the absurdity of the film. With plenty of cheesiness and classic B roll monster movie themes about, this can be a great one for a laugh and drinking game. Think Jaws, with more, well, jaws to go around. 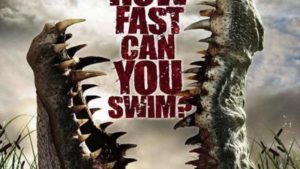 Now, this one is much like the aforementioned Black Water. Giant Crocodile? It’s there. Australia as the setting? You know it. Rapidly flooding mud island which seems to be the last refuge and plate on which the characters are served to the monster? That’s right. However, this one succeeds where other movies on this list often fail: character development. From personal touches and shows of flaws of characters that aren’t over the top, but also not just arbitrarily thrown in to fit a directors check list. Also, the idea of the unknown being scarier than the known adds a lot of suspense to this film, making it a much more effective thriller than most of the same genre. 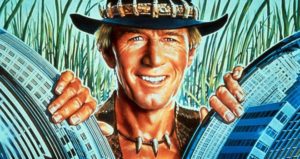 Topping off our list of most popular Crocodile Movies in Crocodile Dundee, the 1986 classic. Often thought to inspire the Australia craze of the early to mid 90’s, that in some form carries to this day when it comes to survival and animal observation, this movie has it all; Comedy, action, romance, and one of the most impressive knives to boot. Set between New York and the Outback, there is a great deal of scenic diversity and a varied but continuous plot, with a few scaly beasts in between and a lot of fun. While later installments may have lacked the same charm as the original, it’s still worth the view and can make for a great look back at the 1980’s.