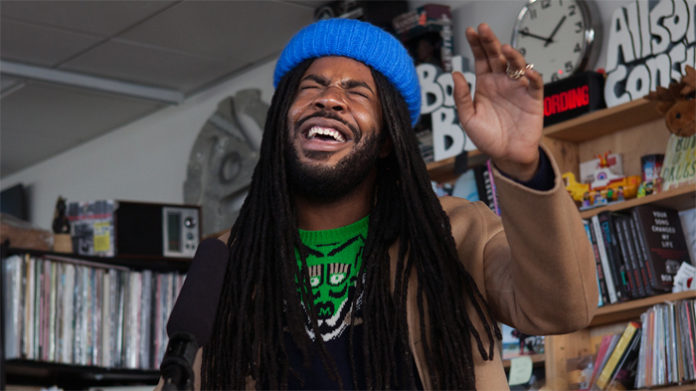 American rapper D.R.A.M. garnered nationwide attention with the release of his breakthrough single, Broccoli in 2016. Raised in the city of Hampton, Virginia, he grew up listening to all types of music. Particularly fond of soul music, he eventually started to write his own rap lines at the age of thirteen. However, it wasn’t until his senior year in high school that his hobby grew into something more passionate.

In 2014, D.R.A.M. came out with his debut mix tape entitled, #1EPICSUMMER, which went on to garner significant buzz in the music scene. However, it wasn’t until 2016 that he scored big with his 5x Platinum title, Broccoli.

Since then, the rapper has released a full length album, two EPS, and a number of singles. At just twenty eight years of age, it is estimated that he currently has a net worth of $2 million.

What are his sources of income? Let’s find out. 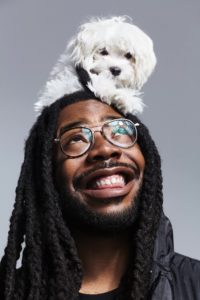 Born on August 3, 1988 in Germany, D.R.A.M. (Real Name: Shelley Marshaun Massenburg-Smith) spent the majority of his youth in Hampton, Virginia. Growing up, he exposed himself to different kinds of music; seeing as how he stayed with his grandparents often, who regularly went to church, he was also a member of the local church choir. Still, it wasn’t until eighth grade that D.R.A.M. first started to experiment with writing rap.

By the time his senior year of high school happened, things had gotten significantly more serious. Invited by one of his buddies to go to a now-defunct mall in Hampton, the two eventually set up a recording booth inside the mall in which they started to create and record their own beats. With their skill set, it wasn’t long until they had impressed the owners of the studio.

After graduating from high school, D.R.A.M. worked at several call centers to financially support himself; of course, he never gave up his musical desires. While he studied at Kentucky State University for a year, he ultimately dropped out in lieu of focusing on his music career. In 2014, the aspiring rapper came out with his debut mixtape, #1EPICSUMMER, which featured the single, Cha Cha. Featured on the Cleveland R&B Radio Station 107.9 FM, it quickly became a regional hit. At one point, Beyonce Knowles even shared her own version of the song.

In October of 2015, D.R.A.M. came out with his next mix tape, Gahdamn! through the Atlantic and Empire labels. That same year, he also released his first EP entitled, #1Epic.

However ultimately, it wasn’t until the release of his 2016 single, Broccoli that he first garnered widespread attention. Featuring fellow rapper Lil Yachty, the song entered the Billboard Hot 100 at number 87 and eventually peaked at number 65 by the second week. From there, it also peaked at the top of the Hot R&B and Hip Hop Songs chart and at number 22 on the Mainstream Top 40 chart.

Outside of the US, Broccoli also charted in a number of different countries including Sweden, Australia, Belgium, France, Netherlands, Czech Republic, Portugal and Slovakia. His best-selling single to date, and the video has since been viewed over 217,000,000 times on Youtube. Within just a few months, Broccoli had sold more than 1,100,000 copies within America.

By the end of 2016, D.R.A.M. had released two additional singles, Cute and Cash Machine, although they didn’t rival the level of success as its predecessor.

On July 15, 2016, the rapper released his second EP entitled, Google Play: Live at the Milk Jam Room which ended up peaking at number 37 on the Billbaord Top 200.

Just a few months later, D.R.A.M. dropped his first full length album, Big Baby D.R.A.M. via Empire and Atlantic Records. Met with generally positive reviews, it debuted on the Billboard Top R&B and Hip Hop Albums chart at number 12 and on the Billboard Top 200 at number 19. Praised by several big name publications such as Rolling Stone and The New York Times, it later also charted at number 55 in Canada. To date, Big Baby D.R.A.M. has sold over 500,000 copies within America, earning it gold accreditation from the RIAA.

Since then, the singer-songwriter has released one single, Gillian which featured A$AP Rocky and Juicy J.

In addition to his solo works, D.R.A.M. has also made several appearances as a featured artists in the works of DP Beats, E-40, MOD SUN, MAx Fullard, and the Gorillaz. Some of said titles include For the Love Of, Slappin’, Smokin’ What I’m Smokin’ On, Andromeda, and We Got the Power.

On top of that, he has collaborated with Donnie Trumpet, The Social Experiment, Chance the Rapper, Remy Banks, Rob Stone, Neil Young, and Denzel Curry, among others.

While his musical releases may have banked him a large amount of cash, each of his concert performances undoubtedly also earns him a hefty paycheck. For instance, he recently hit the roads for his Big Baby D.R.A.M. Tour in America in support of his debut album, which saw him performing in thirteen different cities across the country. In fact, it was so popular that it has since been extended to continue until December of 2017.

Another source of income for the rapper- one that is often forgotten about, is his Youtube channel. Since he first joined the site in April of 2014, his page has grown to amass over 611,000 subscribers; he has also accumulated more than 258,000,000 lifetime views. Currently, his most popular upload, his official music video for Broccoli has been viewed more than 217,000,000 times- at $2 per 1000 views, that works out to be over $430,000 in terms of ad revenue! Seeing as how most of his videos have hundreds of thousands of views, the earnings can easily stack up- even if we were to take into consideration Youtube’s cut.

Can we expect to see more of the rapper in the upcoming years? If his work to date is of any indication- absolutely! Seeing as how he’s so young, with his whole future ahead of him, his popularity and success will only continue to raise as long as he continues to pump out new songs.

Currently, D.R.A.M.’s net worth is estimated to be at a cool $2 million. With everything that he has going for him however, it wouldn’t be surprising to see this number go up within the next few years.

No, D.R.A.M. is not married. In fact, it’s currently unknown whether or not the rapper is in a relationship; for now, we can only assume that he is single.

Does D.R.A.M. Have Any Children?

No, D.R.A.M. does not have any children.

Yes, D.R.A.M. did go to college at one point. After graduating from Hampton High School in 2006, he picked up a few odd jobs to support himself. From there, he eventually attended Kentucky State University however he ultimately chose to drop out after a year as music was all that he could think about.

Where Did D.R.A.M. Get His Name From?

Where did the rapper get his stage name from? Interestingly, it’s actually an acronym for “Does. Real. Ass. Music.” Prior to his current moniker, D.R.A.M. went by Drama Jones. It wasn’t until later that he decided to go with Dram as it was what many people had referred to him by. Coincidentally, he realized that it can also work as an acronym.

Much to the disappointment of fans, D.R.A.M.’s living residence has never been revealed- seeing as how he’s quite tight lipped about his personal life. Having said that, with the amount of money that he pulls in, he can most likely afford to live in a nice condo in Virginia.

Unfortunately, we do not have any pictures of D.R.A.M.’s house to share on this page at the moment.

What Kind of Car Does D.R.A.M. Drive?

It is currently unknown what kind of car D.R.A.M. drives.

How Much Did D.R.A.M. Earn Last Year?

Unfortunately, we do not have this information available at this moment.

Within a short span of two years, D.R.A.M. has successfully climbed himself towards the top of the rap world. At just twenty eight years of age, he has released a gold certified studio album, a mix tape, two extended plays and a handful of singles- one of which has gone platinum five times in America.

Not only that, but he’s had the amazing opportunity to work with a number of well known artists over the past couple of years including Gorillaz, MOD SUN, E-40, Chance the Rapper, Neil Young, Remy Banks, and Donnie Trumpet.

Most recently this year, his breakthrough single Broccoli (Feat. Lil Yachty) was nominated for a Grammy Award for Best Rap/Sung Collaboration. In addition, D.R.A.M. was also nominated for an iHeartRadio Music Award for the category of Best New Hip Hop Artist.

In support of his debut studio album, Big Baby D.R.A.M., the 28-year-old rapper is currently on his 2017 concert tour, which is scheduled to continue until later this summer of this year after the addition of many dates.

In addition to that, it has also been announced that D.R.A.M. will be joining Kendrick Lamar on his 2017 North American Tour in which he will be opening for all 17 show dates alongside Travis Scott.