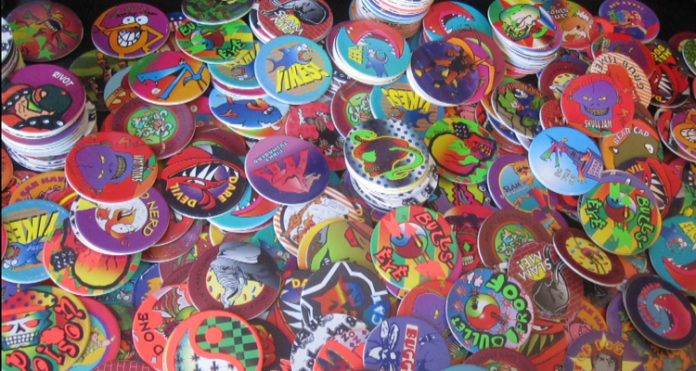 Collectible, colorful and often full of nostalgia, pogs are one of those things that really only hold value to 90’s kids. Pogs, named after the Hawaiian Passion Orange Guava juice from which the caps originated are now hard to come by, but this didn’t used to be the case. Back in the late 90’s and early 2000’s, nearly everyone had a huge stack of these things, never remembering how they acquired them or even how to play with them. Nowadays, while many can be sold for less than a dime a dozen, there are a few that have significant value (though don’t liquidate your gold assets to reinvest). Here, we take a look at the top 10 most rare and valuable pogs in 2017. 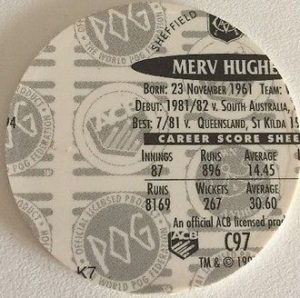 Like many collectibles, those who have not been printed properly often hold inherent value as rare. Oddly, while in the rest of the pog world, the more centered the graphic the better, modern collectors of these error ridden discs tend to prefer pretty extreme errors and don’t mind paying a bit more than one would consider for these. Add in any of these defects to any of the rarer pog sets listed below and you may have yourself a real treasure. 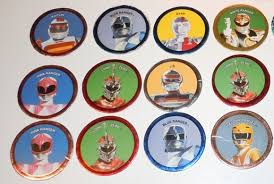 I don’t know about you, but when I was a kid, the Power Rangers were the end all be all of action shows. Well, at least the live action ones. Due to this popularity, in 1994 McDonalds would see the popularity of the Pogs, and of Power Rangers and ask “Why not both?” Released as a happy meal toy set, these coins would include the rangers themselves, a few villains, and even a dog which I honestly can’t recall ever seeing in the show. At any rate, nowadays (especially with the new Power Rangers movie) one can expect a pretty penny for these coins. 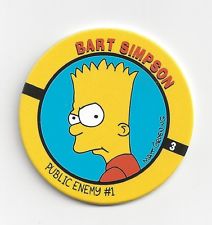 Back when most of us though P.E. was synonymous with Gym, the notorious public enemy of Springfield, Bart Simpson, made his way onto pog caps. Produced by Skybox and in collectible sets of 20 to 50, Bart pogs was by far the rarest. Released in 1994 like the aforementioned ranger set, this pog has probably kept its value due to the even mix of rarity and the continued popularity of The Simpsons as a television show. 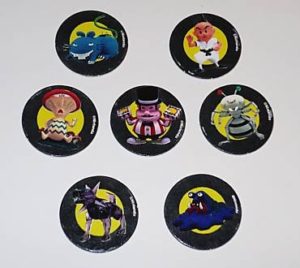 Sold in the now defunct Nintendo Power magazine in 1995, these pogs were marketed to fans of the videogame franchise for a low $5. Supposedly smelling of pizza (whether that makes them more or less valuable is up to you), they featured some of the key characters of the franchise and were quite popular at time of release. In 2009, one set that was put up for bid made $250 profit, and with the ever increasing popularity of games inspired by Earthbound, like Undertale, the sets may make even more now. 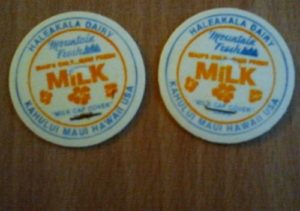 Remember when we mentioned that the pogs were first made and named after the Passion Orange Guava juice which originated in Hawaii? Well, that may be up for contention. Legends go that in the 70’s, it may not have been juice, but milk caps from the same Haleakala dairy and beverage company that could have started it all. Very old school in design, these caps were simple recreations using the original promotions at the time. Now under the Meadow Gold dairy brand, the company still sells the milk, pog juice, and even Power POG, a canned sports drink. 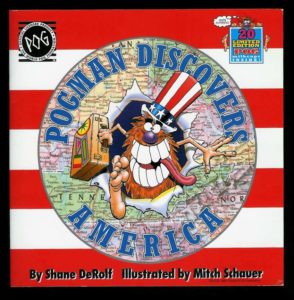 Going from the original to the official, Pogs manufacturer Random House Books released their own set of pogs depicting pogman, the mascot of the World Pog Federation. Because of course, there had to be a world federation for pogs. Released primarily in 1996, these pogs often depicted Pogman doing rather patriotic things or in some sort of mayhem, in the classic style you would expect with anyone given the name “Pogman”. These pogs were of a particularly limited release, and due to their appearance which is 90’s through and through, remain rare, popular, and expensive. 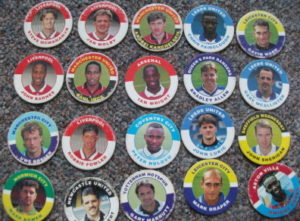 Much like sports cards, pogs sometimes covered entire teams and were thus quite collectible. Such is the case of the Merlin made Premier League Caps for the 1995 and 1996 season. Of course, break out stars or evergreen teams in terms of popularity have always been a sign of good value, with the Manchester and Chelsea teams being among the most valuable for this reason. As an added bonus, these pogs were set on a shiny foil background with team logos, making them particularly pleasing to the eye.

3. Star Trek: The Next Generation 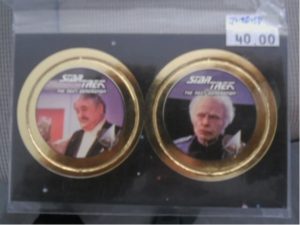 Coming in as 3rd most valuable are some pogs that were expressly meant for collection and not play. Often coming unpunched from their cards, the Star Trek set can sometimes get up to $40 per pair of pogs if they have the extra rare gold lining. It should come as no surprise that shows with such popularity and a rabid fanbase can net so much money, especially with ionic characters like Scotty and McCoy. One can presume that with the newfound fan base as a result of the Star Trek films, that the value of these pogs may rise in the near future.

2. The Wizard of Pogs 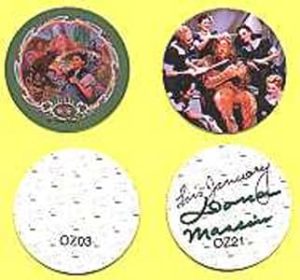 It’s no surprise pogs were made of classic movies. In fact, it’s even no surprise that the classic musical, The Wizard of Oz is near the top of this list given it’s widespread popularity. What is surprising however is that one of the pogs from this set, depicting the Lion getting groomed properly, was signed by two of the women who played within this scene. We are unsure of the exact value of this pog set, due to age condition and the death of the two women, Lois January and Dona Masin. 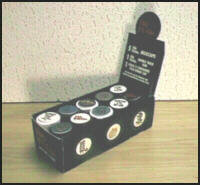 Now found more often on the back of trucks, dirt bike helmets or a few shirts here and there, the No Fear brand also dropped its name into pogs. Almost so rare that mentioning them is akin to mentioning one saw a unicorn or Bigfoot, these pogs reportedly were in just one store, and in very little stock. Luckily, we have proof of their existence through one man who decided to put a full set up for sale. For around $750, this is by far the most valuable and rare pogs in existence in 2017.

What were your favorite pogs, or have you made any killer sales? Be sure to mention them in the comments below.