Stormzy Net Worth 2018 – How Much The UK Rapper Makes 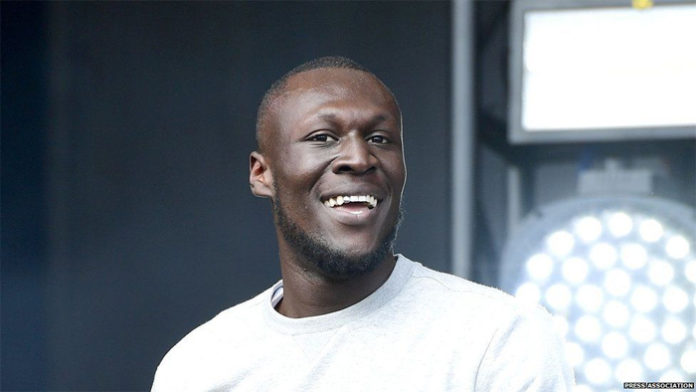 Michael Omari- better known as Stormzy rose to fame with the release of his hit track, Shut Up in 2015. Having grown up listening to hip hop, he eventually decided to try his hand at rapping at the age of eleven. As a teen, he often collided with trouble, something that ultimately led him to be expelled during sixth form. From there, Stormzy began focusing his attention on music, which eventually turned into a full-time career.

In the summer of 2014, he dropped his debut extended play dubbed, Dreamers Disease. As it gradually climbed up in popularity, he later performed one of its songs on the music television program, Later…with Jools Holland. Since then, he has released a full length album, a mix tape and a number of singles, a handful of which received BPI certification.

Within just a few years, he has managed to pull in over a million dollars in earnings. How did he achieve this? Let’s take a look.

How did Stormzy Make His Money & Wealth? 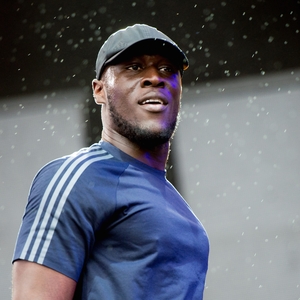 Born on July 26, 1993 in Crydon, London, Stormy (Birth Name: Michael Ebenazer KWadjo Omari Owuo Junior) was raised in Thronton Heath, a district in South London. Growing up exposed to hip hop music, he started to rap by the time he was eleven years old; at times, he even battled against older rappers at a local youth club. Despite his apparent talent for music, he often got himself into trouble at school. As a result, he was expelled when he was in form six.

After being kicked out of school, Stormzy fell back on his rapping- which soon turned into a full-time career. Prior to that however, he also pursued an apprenticeship at a local spa. To support himself during that period, the London-native worked at a Southampton oil refinery as a quality assurance agent.

Getting himself involved in the underground music scene over the next few years, Stormzy continued to hone his skills through a number of freestyle beats. Finally in the summer of 2014, he released his independent debut extended play, Dreamers Disease. A relative hit, its success eventually led to be able to perform one of its songs, Not That Deep on the UK music TV program, Later…with Jools Holland.

Another opportunity came that fall, when he was given the chance to collaborate with fellow London-based rapper, Chip on the title, I’m Fine; Stormzy later also made an appearance in its subsequent music video.

Gradually making himself known to the grime and hip hop world, he came out with his first independent single entitled, Know Me From in March of 2015. Written by the artist himself, the record proved to be a relative hit, having reached number two on the UK Indie chart, number seven on the UK R&B chart and number forty nine on the UK singles chart. A one-take MV, directed by one of his close friends, was released online a month prior to its release, in February 2015. Since then, the video has been viewed more than 6,000,000 times; the single itself has also gone Silver in the UK.

Continuing to put forth new material, the rapper came out with his fourth single entitled, Scary in 2016. While it didn’t end up obtaining any certification, it did manage to reach number 169 on the UK Singles record chart, which helped to further bolster his career.

On February 3, 2017, the emcee dropped his next single entitled, Big for Your Boots through the #Merky label. Featuring the production of Fraser T Smith and Sir Spyro, it entered the UK Singles Chart at the eighth position, before eventually peaking at the sixth position. His best-charting record to date, it later went on to top both the UK Indie and UK R&B charts. Outside of the United Kingdom, Big for Your Boots also charted in Scotland, New Zealand and Ireland. The song’s official music video has since been viewed more than 26,000,000 times on his official Youtube channel.

Just a few weeks later, his highly anticipated debut album, Gang Signs & Prayer was made available on February 24, 2017 through the #Merky imprint. His first major commercial release, it boasted sixteen songs, all of which were co-written by Stormzy himself. Met with high praise, it debuted at the top of the UK Albums chart, having sold more than 68,000 copies during the first week. As far as online streaming goes, it also set a new record, having been streamed close to 14,000,000 times in one week.

The first grime album ever to reach number one on the UK Albums chart, it eventually also reached the top of the UK R&B and UK Independent music charts. Stormzy’s major breakthrough, it later charted in several other countries including Ireland, Scotland, Sweden, Finland, Belgium, Australia, Norway, and Denmark, to name a few. Within just one week, it had earned silver certification from the BPI. To date, Gang Signs & Prayer has sold approximately 129,000 copies in the UK.

In addition to his solo endeavors, Stormzy has contributed to the music of several other artists over the past years. For instance, he has worked with Lethal Bizzle in the charting single, Dude and with Chip in Hear Dis. Some of the other titles that he’s worked on include Out Here, Aldrig Igen (ma sadar), My Hood, All Time Low, Good Goodbye, Shape of You, and Ambition. Additionally, he has collaborated with G Child, Professor Green, Angel, Wiley, Charlie Sloth, and Nick Brewser, among others.

As far as remixes go, Stormzy has also been featured in the works of Nick Jonas, Raleigh Ritchie, Loick, Jacob Banks, Yungen, G FrSH, and Solo 45.

While his musical releases have contributed heavily to his current net worth, a significant portion of his paycheck also comes from his many concert shows. Taking into considering his growing popularity in the UK, he most likely easily gets paid a few thousands per performance, if not more. Speaking of which, he is currently on the roads for his UK tour which is slated to take him across dozens of cities in the country. Seeing as how many of the dates have been sold out, we can probably assume that he’s not doing too bad for himself out there.

Naturally, fans of the artist are also able to support Stormzy by purchasing his official merchandise which is available via his official online store.

As another stream of revenue, Stormzy’s Youtube channel also brings in a considerable amount considering its degree of popularity. Since he first created his account in February of 2010, he has amassed over 500,000 subscribers and more than 162,000,000 lifetime views. Currently, his most popular video to date, Shut Up has been viewed over 57,000,000 time- a number that easily translates to over $100,000 in profit.

Seeing as how his music career as only just began, we can probably expect to see a lot more out of him in the next few years. Of course with that, his net worth is also bound to keep going up as well.

No, the London-born rapper is not married. However, he has been dating radio presenter Maya Jama since 2015. Although rumors about the two being together have been floating around for a while, it wasn’t until 2015 that the couple officially confirmed the claims on Twitter.

Does Stormzy Have Any Children?

No, Stormzy does not have any children.

Where Did Stormzy Get His Name From?

Where did the MC get his stage name from? When he was asked this question at a Q&A at Oxford University, he replied by stating that “it has nothing to do with storms”.

Did Stormzy Go to College?

According to a recent interview, the rapper stated that he had in fact gone to college at one point. However, he ultimately was not able to “click with out” so he decided to drop out and resume his work in music.

Where Does Stormzy Live? Pictures of Stormzy’s House 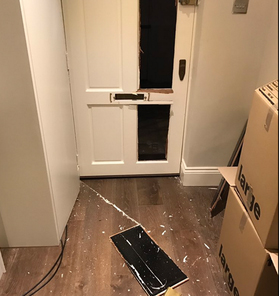 As of 2017, Stormzy current lives in a flat in Western London. In a confusing turn of events, the front door to his home was knocked out by the police after they had believed that he was burgling the property- when in fact, he was the owner. According to officials, they were called to the address in West Brompton after someone reported a burgler in the ground-floor flat.

What Kind of Car Does Stormzy Drive?

According to reports, Stormzy drives a lexus vehicle.

Stormzy as a Philanthropist

Just a few days ago this May, Stormzy made the headlines after donating £9,000 to a South London student, who had created a Crowdfunding page in hopes of raising enough funds for her masters degree in the United States. Although he initially tried to remain anonymous, his cover was soon blown after her friends discovered his identity.

But that’s not all- back in 2016, he also donated a car packed full with various aid items to refugees in the small village of Idomeni, Greece.

Considering all that he’s managed to accomplish in just a few years (e.g. a platinum-certified single and three Silver-certified singles, a Gold-certified studio album), needless to say his talents have not gone unrecognized. Throughout his music career, Stormzy has received a number of awards including two MOBO Awards for Best Grime Act, a Rated Award for Best Video, a South Bank Award for The Times Breakthrough and an Innovator Award from the Association of Independent Music.

In addition to all of that, he’s also finished in third place at the 2015 Sound of…event, and has been nominated for a Rated Award in 2016 and a Brit Award in 2017.

As previously mentioned, Stormzy is currently hitting up a number of European cities for his 2017 UK tour. Currently, it is slated to continue until late August 2017 in Halton, UK. Afterwards, it looks like he’ll be heading down to Philadephia, PA for a couple of concert shows.