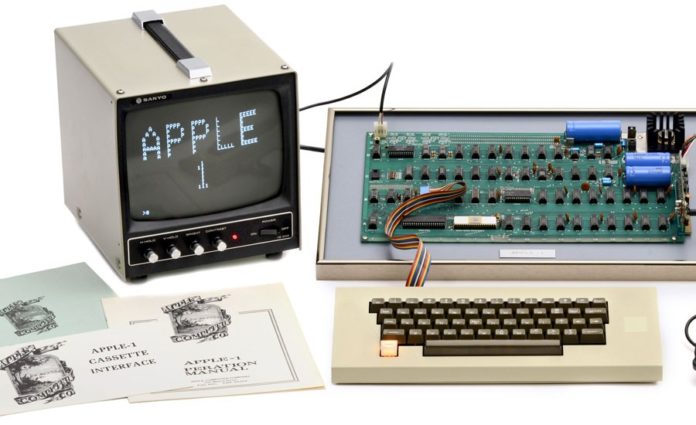 A rare Apple-1 computer has been sold for a whopping $130,000. The computer was one of just 200 that Steve Jobs and Steve Wozniak designed and created. The computers were sold 41 years ago and are now a rare item as only 200 were created and only a few still work.

Only a Few Remain

The Apple-1 computer is nothing like the products that the company has today but it was the part of the beginning of Apple. The computer, sold in 1976, was the latest in technology at the time but it was also a little expensive, costing over $600. A computer store bought 50 of the 200 created shortly after its release.

The Apple-1 computer sold is not only a rare item but its more valuable because it still works. The computer doesn’t have enough storage for one picture or song but it is now one of a few that work out of the 200 sold. Estimates say around 60 of these computers still exist while less than ten still work.

The computer, which was sold at a German auction, sold for a whopping $130,000 but the number is actually less than expected. In August 2016, a prototype Apple-1 computer sold for $815,000. The rare computer was sold at a charity auction.

The Apple-1 computer sold in Germany belonged to a software engineer, who had kept it since he bought it new. Jobs and Wozniak sold 200 of these computers but 50 of them were sold to The Byte Shop. The shop, which was actually one of the first retail computer stores in the world, became Apple’s first retailer after it bought the 50 units.

The Apple-1 computer was the latest in technology at the time and even though only 200 were created, the company released a new version shortly after. Apple now creates computers, smartphones, tablets and a few other tech products. The company is now worth around $750 billion.