Aaron Carpenter Net Worth 2018 – How Much Is the Social Media Star Worth Now? 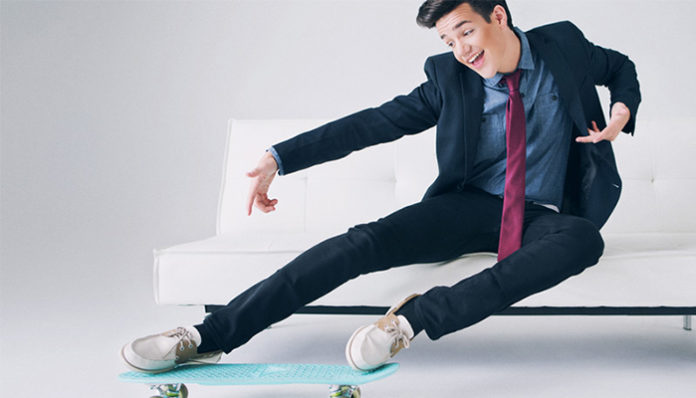 Originally from Louisiana, Aaron Carpenter originally is perhaps best known for his witty humour on Vine. An attractive and well spoken young man, he had amassed close to 2 million followers by the time Vine closed in 2017. Since then, his presence- both online and offline, has only grown tremendously.

During his Vine career, he also joined the MagCon boys- a group of popular online stars who not only work together, but tour together. Partly thanks to the efforts of the crew, his popularity rose incredibly fast. Currently, Carpenter has a little under 3 million fans on Twitter, and over 4 million Instagram.

Last year, he even appeared in the Netflix original series, Chasing Cameron (2016), which starred his buddy, Cameron Dallas. According to various sources, Carpenter currently has an estimated net worth of $1 million. Aside from Vine, what other endeavours has he taken on over the past few years? What are his different sources of income? Let’s find out by taking a closer look at his career thus far.

How did Aaron Carpenter Make His Money & Wealth? 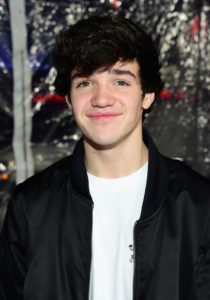 Born on October 5, 1998, Aaron Carpenter was raised in Louisiana with his sister, Candice and brother, Dustin. When he was just a young boy, his parents separated; he subsequently went to live with his stepfather, Jeff Anderson, whom he had considered to be his biological father. Tragically, he passed away in 2015, the same year that his step brother died- understandingly, it proved to be an upsetting, and difficult time for Carpenter.

Having always been into technology, Carpenter was delighted when he received an iPod for Christmas back in 2011. Pondering what to download onto his new device, he asked his sister who suggested for him to join the photo-sharing app, Instagram. While all of her friends were on it however, none of Carpenter’s friends used the platform; as a result, he quickly grew bored and left it for a few months.

Ultimately, it wasn’t until his friends started get onto Instagram, that he decided to give the app a second chance. Re-downloading it, he quickly added his siblings and friends from school. A bored teenager at the time, Carpenter started to post a number of pictures onto his account which he later described as him “messing around”. With time however, the app turned from a fun hobby to a competition- more specifically, he competed against his friends to see who could get the most followers or likes.

After using Instagram for a while, Carpenter began to realize its potential- that he could turn it into something much, much bigger. From there, he switched from sporadic uploads to strategic posting; he would brainstorm carefully what he would post, and at what time. Ultimately, it proved to be a success- with his new strategy, his follower count quickly increased to the thousands, and then into the hundreds of thousands, making him one of the most popular user on the platform.

By the time he was fifteen, he had taken part in his first meet and greet event at the Galleria Shopping Mall in Dallas, Texas. Already a teen idol with an impressive fanbase, over 200 fans (mostly girls) ended up showing up. Noticing how successful he had become, a family friend and entrepreneur, Bart Bordelon, later pitched the idea of gathering a group of like-minded teen stars on social media, for various public events and shows.

And so, the team soon joined forces with Cameron Dallas, Nash Grier, Jack Gilinsky, and Carter Reynolds, to become the Magcon Boys. After getting together, the group- all of whom had their individual fanbases, set off on a US tour to engage with some of their most devoted fans. Immensely popular, their initial two-day event in Houston almost immediately sold out online. Together, the crew would go on to tour several other cities over the next few years.

Interestingly enough, it was after he took part in the first MagCon that Carpenter was introduced to the notion of Vine. Collaborating with his new friends, he began posting a number of comedic clips to his account, all of which quickly gained thousands of views. In addition to working with his fellow Magcon boys, he had also teamed up with the likes of Grayson Dolan, Ethan Dolan, and Jack Dail. Supported by his already existing fanbase, his following on Vine grew quickly over the first few months.

By the time it was announced that Vine would be closing its doors, Carpenter had reached over 1.9 million followers with more than 241 million total loops on his account. Having played a large part in bolstering his already existing fame, Vine served as one of the major highlights of his social media career. With his wide audience, he easily gained upwards of a few million loops per Vine. Some of his most popular clips include How you’re treated on your birthday, When people say “help yourself”, Everyone had that one parent, and Modern day synchronized swimming.

Considering his wide audience, it’s not surprising to know that Carpenter’s received a fair share of sponsorship deals as a popular content creator. While it’s hard to say how much exactly he’s earned from these gigs (the exact payout depends on the brand, as well as the popularity of the user), on average, a social media star can easily earn a few grand from a single product campaign or brand mention. Not only on Vine, but he would have also been approached on Instagram, where his following is even greater.

In addition to Instagram, and Vine, the Louisiana native has also found success on the web giant, Youtube. Since he first joined in the winter of 2012, he’s amassed over 707K subscribers; across his channel, he’s also received more than 16.9 video views. Although his audience is still growing on Youtube, Carpenter is still able to monetize his videos through Google’s partnership program- the way it works is that the site pays its users a certain amount for choosing to display ads on one’s uploads.

According to reports, Youtube’s payout ranges anywhere from $2 to $5 per 1,000 monetized views, depending on their location, content, reach, and audience. How much has the online star earned from the site? Let’s get a rough estimate by doing some math- assuming that he earns at least $2 per 1,000 video views, that works out to be roughly $13,500 in advertisement revenue.

While that’s already impressive in itself, considering how his channel has been growing consistently over the past months, it’s likely that his Youtube earnings will climb even higher as his subscriber count continues to go up. According to statistics provided by Socialblade, Carpenter’s channel has been receiving a little over a hundred new subscribers a day since January 2017. Within a year’s time, his total sub count had gone from 370K to over 605K.

Recently last year, Carpenter also got involved with music- something that he didn’t take seriously until he was in his mid teens. After releasing a number of cover songs, he dropped his first original track entitled, She Know What She Doin online. When asked about how it came to be, he explained that he’d decided to make the song after returning home one night and that it was actually recorded during his second time in the studio.

As far as other endeavours go, he’s also appeared in a few tones on television. In 2016, he was invited to the talk shows, Chelsea and Good Morning America. Following that, he eventually landed a role in the Netflix original reality series, Chasing Cameron, which revolved around his good friend and fellow Vine star, Cameron Dallas; Carpenter ultimately appeared in ten episodes.

At one point in time, he even had his own merchandise store online in which fans were able to purchase different memorabilia items.

Currently it is estimated that Aaron Carpenter has a net worth of $1 million. Considering everything that he has going for him, it’s almost guaranteed that his assets will continue to grow in the near future.

No, the popular celeb is not married- in fact, the last time we checked, he was still single. It’s unclear whether or not Carpenter has dated one in the past.

Does Aaron Carpenter Have Any Children?

No, Aaron Carpenter does not have any children that we know of.

Did Aaron Carpenter Go to College?

From what we can tell, Aaron Carpenter did not go to college. Since he graduated from high school, he’s pretty much been entirely absorbed with his social media career.

Like many social media personalities, Carpenter has relocated to the country’s entertainment capital of Los Angeles. Having said that, not much has been revealed about his home, a topic that he keeps relatively private. With his income level however, he wouldn’t have any difficulties renting a nice pad for himself out there in LA.

What Kind of Car Does Aaron Carpenter Drive?

One of the most well recognized stars on the web, Aaron Carpenter has come a long way since he first joined Instagram for fun. To date, has has amassed over 4.5 million followers on the photo sharing app, 2.95 million fans on Twitter and more than 700K on Youtube. On Facebook, he has also accumulated over 860K likes. In 2014, he was nominated for a Short Award under the category, #Green.

Responsible for the gathering of the Magcon Boys, he recently landed a role in the Netflix original series, Chasing Cameron (2016). In addition to that, he also released his first original song, She Know What She Doin’ last year.

How Much Did Aaron Carpenter Earn Last Year?

Information on his 2016 salary is currently unavailable.

In 2014, fans were shocked after the star suddenly pulled himself from a scheduled tour. Following that, rumours started to spread that Carpenter was suffering from a kidney-related illness. Although that was never officially confirmed, he later issued an apology to his fans on Twitter for the disappointing turn of events.

This spring, Carpenter was spotted at the 2017 Kids’ Choice Awards alongside Laura Marano, Jace Norman, Dove Cameron, Kira Kosarin, and Zandaya, among others.

Aside from that, he’s been dutifully updating his social media accounts (e.g. Instagram, Twitter) on a regular basis.