Jerome Jarre Net Worth 2018 – How Wealthy is the Social Media Star? 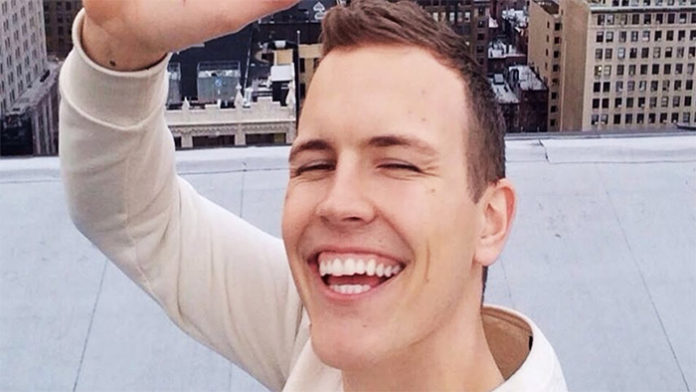 Hailing from France, Jerome Jarre originally rose to fame on Vine in 2013. Prior to getting involved with social media, he maintained multiple businesses in Canada and China- it wasn’t until he attained success on Vine, that he decided to focus his attention entirely on his online career.

One of the most popular users on the platform with over 1.4 billion loops across his clips, Jarre had accumulated over 8.6 million followers by the time Vine shut down in early 2017- making him the fourth most followed user on Vine. Putting his business smarts to good use, he later co-founded GrapeStory,  a well-recognized talent agency for stars on Vine and Snapchat.

Aside from Vine, he’s also active on Twitter, Youtube, and Instagram, on which he has millions of fans combined. As one of the greatest stars on social media, how much has Jarre earned altogether from his online endeavours? According to various sources, he currently has an estimated net worth of $3 million.

Interested in knowing what his different sources of income are? Read on to find out!

How did Jerome Jarre Make His Money & Wealth? 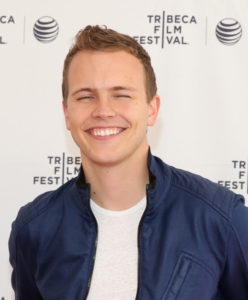 Born on June 12, 1990, in France, Jerome Jarre was raised by his  single mother in the small French town of Albertville. As a child, he was shy and reserved; he also experienced a fair share of bullying at school. Despite this, he was always happy. After graduating from a local high school, he studied at the Kedge Business School in Paris. Much to the dismay of his mother however, he eventually dropped out at the age of nineteen in lieu of moving to China.

Settling down in Asia, Jarre ultimately stayed in China for a year- which was long enough for him to pick up some of the language. In addition to learning Chinese, he also studied English in his spare time. Eventually comfortable, he launched a handful of start-ups in China; although the majority of the businesses failed, one of them eventually became successful. Using the money that he had earned from it, he later decided to move to Toronto. Once there, he co-founded Atendy, a software company with fellow entrepreneur, Christopher Carmichael.

Despite their best efforts however, the project ultimately didn’t end up doing as well as they’d hoped. At a lost for what to do, he was urged by his friend and business partner Chris, to “find his purpose in life”. Not long afterwards, a new app called Vine- one that allowed its users to share six-second long clips, was released. On a whim, Jarre decided to download it onto his phone to try it out; after opening the app for the first time, he recognized immediately that something was there, that there was a potential with the platform.

On the same day that the app was launched, Jarre posted his first Vine- more specifically, a clip of a flickering candle and a pool cable. Like most users at the time, his initial upload was relatively uneventful. It wasn’t until he decided to pull out his phone and record himself doing a goofy dance at a Toronto bar one night, that he first started to receive likes on his clips. By the time he’d returned back to his seat from the bathroom, it had 16 likes- a big number for a new user like him at the time. Ultimately it was then that he realized- the goofier and funnier the clips, the greater the feedback.

After the failure of his latest start up, Atendy, he purchased a one-way ticket to New York with nothing other than $400 in his pocket; he only had two small suitcases of belongings. Speaking nothing but broken English, he set off to figure out how to transform his social media hobby into a successful business. Chasing his dream, Jarre eventually poured everything he had into making Vines- from the moment he woke up to when he went to bed. Despite this, he didn’t always have something to post by the end of the day.

However, his hard work on the video-sharing app soon paid off. Three months after making his Vine account, he posted a clip titled, Don’t be Afraid of Love, which asked the question, “Why is everybody afraid of love?” One of the first Vines to go viral, it literally propelled him to stardom overnight. Since it was first uploaded, it has been viewed over 2.5 million times and has received more than 280K likes. A big break for the aspiring comedian, the Vine later earned him a feature on The Ellen Degeneres Show, an appearance that further bolstered his popularity online.

With his newfound success on Vine, Jarre soon quit his business ventures to focus his attention wholly on making videos. As he continued to pump out new content, his follower count increased at an astonishing rate- within a month’s time, he had jumped from having 20,000 to 1 million fans on the app. From there, the Vine star was eventually asked to attend the 86th Academy Awards Red Carpet event, where he had the opportunity to record clips with multiple high-profile celebrities including Kristen Bell, Robert De Niro, Ben Stiller, and Pharrell Williams.

As one of the most followed users on Vine, the French comedian was obviously able to reel in a considerable amount from the platform. How much exactly did Jarre earn from making videos? A lot. According to Adweek, Jarre earned upwards of $25,000 for a sponsored Vine- that’s five digits for uploading six second long clip.

As if that wasn’t impressive enough, he later launched a new business project called Grapestory with fellow like-minded entrepreneur, Gary Vaynerchuck. A talent agency, it aimed to provide content creators with brands who are looking for marketing opportunities. Not only did it work with individuals on Vine, but it also worked with those on Snapchat and Instagram. By August 2013, Grapestory had signed over twenty different Vine stars.

After gaining over 7 million followers, Jarre made the decision to branch out to another app- Snapchat. Creating an account, he soon started to post two-minute long narratives onto his profile, which was viewable by fans. Supported by his fame on Vine, it didn’t take long for the French star to rise to prominence on the new platform. At one point, he even made a Snapchat story with Evan Spiegel, the CEO of the company. Unsurprisingly, it was said that he received upwards of $35,000 for a sponsored Snapchat video.

On top of Vine, and Snapchat, Jarre has also made a name for himself on Youtube, where he mainly vlogs about his life. Since he first created his channel in 2012, he’s amassed over 1 million subscribers and more than 14.4 million lifetime views across all of his videos. Through Google’s partnership program, the French star has of course, also been able to monetize his content. Depending on an individual’s content and audience, Youtube pays  its users upwards of $5 per 1,000 monetized views- which can easily add up if you have a large audience and millions of views, like Jarre.

Currently, his most popular upload, Speedo on a Plane Gone Wrong! has been viewed over 2.8 million times. Some of his other top videos include The Barbie Pink iPhone 6s, My First Million Dollars, Instant Karma Prank!, and Surprise in Mexico! Assuming that he earns $5 per 1,000 views, then that works out to be ~$28,000 in ad revenue (only 40-60% of ones total video views are monetized).

In the last couple of years, Jarre has also gotten involved with film. In 2016, he made his big screen debut as an “Old and Lame Show Attendee” in the comedy flick, Zoolander 2. According to IMDb, he will be making an appearance in the upcoming movie, Airplane Mode, a title slated to be released later this year. On television, he has also appeared as himself on the French TV programming, Le Grand Journal de Canal+ in 2014.

Currently it is estimated that Jerome Jarre has a net worth of $3 million. With his business smarts and large fanbase, it’s hard to believe that his assets won’t continue to grow over the next few years.

No, the former Vine star is not married. In the past however, he was in an on and off relationship with Bono’s daughter, Jordan Hewson- it’s currently unknown whether or not the two are still dating.

Does Jerome Jarre Have Any Children?

No, Jerome Jarre does not have any children that we know of.

Did Jerome Jarre Go to College?

After graduating from high school, the social media personality went to Kedge Business School in Paris briefly before dropping out to move to China at the age of nineteen.

How Much Did Jerome Jarre Earn Last Year?

Unfortunately, details regarding his home have never been revealed to the public. Assuming that he hasn’t moved however, he currently resides in New York. We do not have any pictures of Jerome Jarre’s house to share at this time.

What Kind of Car Does Jerome Jarre Drive?

Despite his failed business ventures, Jerome Jarre has proved himself to be among the top in the realm of social media with over 8.6 million followers on Vine alone. Since then, he’s also gained himself a considerable following on Twitter, Snapchat, Instagram, and Youtube. In 2015, he was given the Shorty Award for Best Snapchatter at the 7th annual event.

In the summer of 2013, he also launched the successful talent agency, Grapestory with fellow entrepreneur, Gary Vaynerchuk.

Last year, he even made his acting debut (which doubled as his film debut) in the comedy film, Zoolander 2 (2016), as mentioned earlier.

Jerome Jarre as a Philanthropist

This March, Jarre initiated a social media campaign aimed at providing humanitarian aid to Somalia- a underdeveloped country on the brink of famine. Hugely successful, the Gofundme has since received over $2.6 million in donations.

As mentioned above, Jarre will be appearing in the upcoming film, Airplane Mode (2017), which will star fellow online stars Mikaela Hoover, Jake Paul, and Logan Paul.

As hinted by his recent campaign to help Somalia, the French star recently stayed in the African country- in fact, he’s even posted a few videos which he took with the locals onto his social media accounts.