Average Football Salary in 2017 – How Much Do Football Players Make 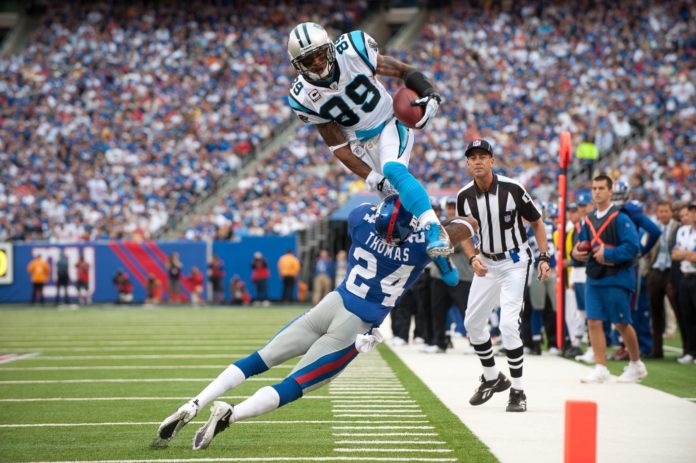 With some of the biggest games and names in American athletics, many people wonder exactly how much the average football player makes. And even more people wonder what they can do to become someone that the home crowd cheers for, and the away team fears. Here, we take a look at the salary of American Football Players, and how to become one yourself, if you have what it takes.

Not a surprise to many, the average football player in America makes a staggering $12 Million, though this does come with a good deal of variance. Household name status, position and performance all can affect contract wages, which can vary from just over $25 Million to around $900,000 a year. This is an incredible sum that is partially due to the value of the NFL as a unit. The NFL made of 32 teams has a total value of nearly $63 Billion; For comparison, the MLB (which ranks second) only has a total value of around $36 Billion, and when combined with the NBA only outvalues the NFL by roughly 10%. These salaries do not include sponsorships or appearances outside of official NFL sanctions, which often bring much more wealthy to players who can carry a personality, a tune, or can manage a decent smile even after being hit by what amounts to a bus on two legs. If a life of playing football and getting paid like a king sounds interesting to you, read on to find the process by which you can get your own jersey and have a chance to get sponsorship dollars galore.

How to Become a Football Player – Do You Need to go to School?

To become a NFL player, one has to start early and keep at it. Most NFL would be athletes start out on elementary school fields and frequently attend football camps over the summer for years on end. This tends to continue through high school, with ever increasing practice of the sport while also keeping up your grades. While not a direct relation to your desired profession (outside of keeping you out of probation), good grades can help you get a spot in a Division 1 school, and can certainly help pad one’s chances of a decent salary if you don’t make it to the NFL (and the potential sports scholarship can handle the student debt, so it’s a real win-win).

Once you make it to a University, you have several chances to make it into the NFL. The first of these is essentially NFL scouts taking you straight from college. Most colleges through the NCAA allow for this to happen after your freshman year, but often encourage players to complete educations before going to the big leagues. Otherwise, individuals can show promise as players throughout their four year educations, and may be visited by NFL scouts. Besides looking for the obvious game prowess, these scouts often look for behavioral indicators that you’d be a good match for a pro team. This means you need to show that you are a team player, and can be trusted to be a leader for your team. If your school does not attract a scout, this doesn’t mean it’s the end of your chances.

During your college years, you can (and often have to be) your own advocate to get the job. This includes reaching out to teams with performance footage, press coverage and the like which shows you or your team readily performing at high levels. Lastly, you can hire and agent who can work with you from getting you on a team to even salary negotiations. This isn’t a “out of jail free card” in terms of work, you still have to be good at football, but this can be a good last ditch option.

After you’ve been selected by a scout or picked up by the NFL you may start out as a practice squad member as a development tool or go into the primary draft, where you can start making the desired figures, and gaining fame as a football star.