Brent Rivera Net Worth 2018 – How Wealthy is the Social Media Star? 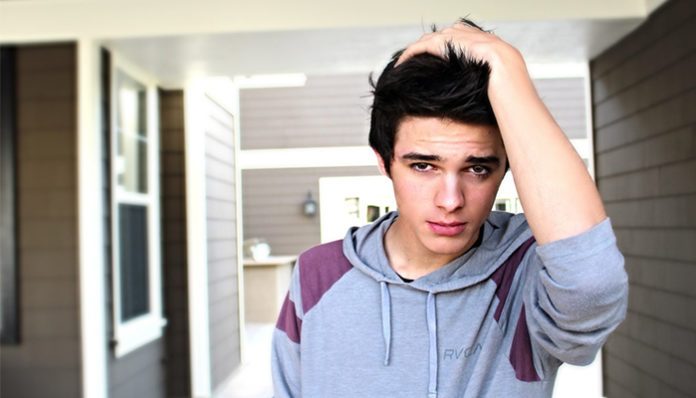 Unlike many young celebrities, Brent Rivera’s fame comes entirely from social media. Hailing from Huntington Beach, California, he joined the video-sharing community, Vine in 2013- it was on there that he initially gained a following from his comedic clips. Before long, the teen had garnered himself millions of followers- effectively making him one of the most popular users on the platform.

Not only is he recognized for his work on Vine, but Rivera has also made a name for himself on Youtube- where he’s posted well over a hundred different videos, many of which are comedic skits. At just nineteen years old, he’s managed to amass close to 3 million subscribers on the site- something that is nothing short of an amazing feat.

Rising in fame as we speak, Brent Rivera is currently estimated to have a net worth of $150,000- according to various online sources. How did he go about attaining this much money? Let’s take a more detailed look at his career to answer that question.

How did Brent Rivera Make His Money & Wealth? 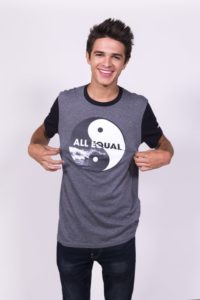 Born on January 9, 1998 in Huntington Beach, California, Brent Rivera had always wanted to become an entertainer ever since he was a young child. When he was eleven years old, he appeared in a few TV commercials, which effectively kick started his acting career. Raised with his sister Lexi, and brothers Blake and Brice, he went to Huntingbeach High School as a teen. Other than that, not much is known about his early life.

While he was in high school, Rivera joined Vine- one of the fastest growing social media platforms on the time. After creating his account in 2013, he began recording and posting a number of short comedic clips onto his page. To his surprise, the Vines quickly garnered thousands of views, as word spread of his witty talent. Before long, he had received over a million loops across all of his videos- many of which also featured his friends. For example, his “Modern Family” Vine had received more than 220,000 likes and over 10,000 comments.

With time, his presence on Vine only grew stronger- by 2016, he had become one of their top users with over 8.5 million followers (other Vine stars of similar popularity included Jerry Purpdrank, Josh Peck, Lele Pons, and Curtis Lepore). During his Vine career, Rivera had the chance to collaborate with a number of fellow online stars such as Big Nik, who had close to 3 million fans on the video-sharing app.

As one of the many social media influencers on Vine, it doesn’t come as a surprise that Rivera would have yielded a considerable amount from product endorsements, and the like. For individuals who have a significant presence and following such as Rivera himself, it’s not uncommon for them to be offered sponsorship deals from various brands and companies. The way it works is that, the user is paid a negotiated amount to endorse a certain product on their Vine account.

Now, there’s no way for us to know for certain how much he has earned from said means on Vine. Having said that, a typical product or brand campaign on the platform can easily have a payout of a few tens of thousands of dollars; even a brand mention would yield a few grand in itself. Considering the fact that Rivera was one of the top individuals on Vine, it’s likely that he has pocketed a fair amount of change from the app over the past years.

After Vine was shut down in January 2016, Rivera began focusing the entirety of his efforts on his Youtube channel, which he had actually created back in 2009. Luckily for him, many of his followers on Vine, were also subscribed to him on Youtube- so in a way, the transition was quite smooth. Since the launch of his page, he had uploaded over 180 videos onto his page.

As you probably already know, it’s extremely easy for someone to monetize their content on Youtube- they simply have to sign up for Google’s partnership program on the site; the amount that they’re able to make from it however however, is a whole different question. Naturally, you’d get more money if your videos are able to reel in a good amount of views- and by good, we mean hundreds of thousands, or millions.

Luckily for Rivera, his Youtube channel is incredibly successful with 2.9 million subscribers and more than 201 million video views. According to Socialblade, his page gains anywhere from 300,000 to 700,000 views on a daily basis, across all of his videos. As far as his follower count goes, it’s also been increasing at a rate of 1,000 to 1,500 a day- at this rate, it won’t take him long at all to cross the 3 million subscriber mark.

Surely with those kind of numbers, Rivera is able to earn himself a nice pay check from Youtube? Let’s do a little math to get a rough idea of how much he’s capable of making through the site- on average, Google pays its users anywhere from $2-$5 for every 1,000 monetized views. Assuming that 40% of his 201 million video views are monetized, that leaves us 80.4 million, from which he is able to earn revenue from. If he earns at least $2 per 1,000 views, then that works out to be at least $160,000.

From January 2016 to January 2017, his channel has grown by close to one million subscribers. If this is any indication of his increasing popularity, Rivera’s earnings from Youtube will only continue to increase as his presence grows even greater on the site.

Aside from his work on Vine, and Youtube, Brent Rivera also has a number of achievements to his name, offline. For instance a couple of years ago, he was among those to have starred in Coca Cola’s #MakeItHappy campaign, which was released on February 1, 2015. On set he was joined by Jack Gilinsky, Victoria Justice, Be a Miller, Ryan Seacrest, and Janel Parrist, among others.

Gradually getting more involved with acting, he recently also starred in the Youtube Red Original Movie, Alexander IRL (2017), alongside fellow social media star, Nathan Kress. A story about two brothers who try to impress a girl in high school, it also featured Ryan Newman, Mikaela Hoover, Nathan Dress, and Simon Rex. Created on a $500,000 budget, the comedy was released on January 11, 2017.

In 2014, the online star also performed at over a dozen cities in the United States- obviously, he would have been paid handsomely for each of these events. Some of the cities that he hit up include West Hollywood, San Diego, Philadelphia, Boston, Clifton Park, and Hartford, among others.

In addition to all that, Rivera is also a talented singer. On November 4, 2014, he released his first single, Doubt Your Thoughts via the iTunes store. An official music video, uploaded on November 22, 2014, has since been viewed over 900,000 times on his Youtube channel.

Currently, it is estimated that the 19-year-old has a net worth of $150,000, give or take some. Judging from what we’ve said above, Rivera has earned most of his wealth through his success on Youtube and Vine- of course, his side endeavours (e.g. television appearances, live shows) would have also helped to boost his earnings a considerable bit. Given that he continues with his work, it’s likely that his assets will continue to increase in the near future.

No, the 19-year-old social media personality is not married. In fact, going by what he said on his ask.fm account (e.g. one of his fans had asked whether or not he had a girlfriend), he was still single as of 2016.

Does Brent Rivera Have Any Children?

No, Brent Rivera does not have any children that we know of.

Did Brent Rivera Go to College?

Yes, he is currently in his first year of college. Last June, Brent Rivera graduated from Huntingbeach High School- he even took his celebrations to Twitter, where he went on to share the happy news with fans.

Like many celebrities, Brent Rivera is rather tight lipped about his personal life and has not revealed any details about his living situation. In fact, we’re not even sure whether or not he’s still located in his hometown of Huntington Beach- we’ll update this with more information as we get it.

But for now, we do not have any pictures of his house to share at the moment.

What Kind of Car Does Brent Rivera Drive?

Brent Rivera as a Philanthropist

Last fall, it was announced that Rivera had teamed up with the popular clothing brand, Hollister on an anti-bullying campaign called All Equal. Not only does the campaign help to raise awareness for bullying, but it also aims to provide resources for those in need. Through his past philanthropic efforts, he has helped to raise over $150,000 in the past, for both anti-bullying campaigns and for education in underdeveloped countries.

Some of the other organizations that he’s supported include Million Meals for Love, and Global Citizen Year.

Ever since he took Vine by storm in 2013, Brent Rivera’s popularity has been climbing steadily over the past few years. Nowadays, he has over 2.9 million subscribers on Youtube, 2.2 million on Twitter, and 5 million followers on Instagram. On Facebook, his official page has also received over 2 million likes around the world.

As if that wasn’t impressive enough for a nineteen year old, he’s also released a single, and appeared in a feature film this year called, Alexander IRL (2017). At the 2015 MTV Music Awards, Rivera was given the title of being Best Dressed.

As mentioned earlier, the social media sensation recently starred in the Youtube RED original movie, Alexander IRL, as the main protagonist. The film was later released online on January 7, 2017 on Youtube.

This March, River was also spotted at the 2017 Kids’ Choice Awards, which was held at the USC Galen Center in Los Angeles. At the event, he was joined by fellow social stars Johnny Orlando, Carson Leuders, and Jacob Sartorius.