Willie Robertson Net Worth 2018 – How Much Does He Really Make? 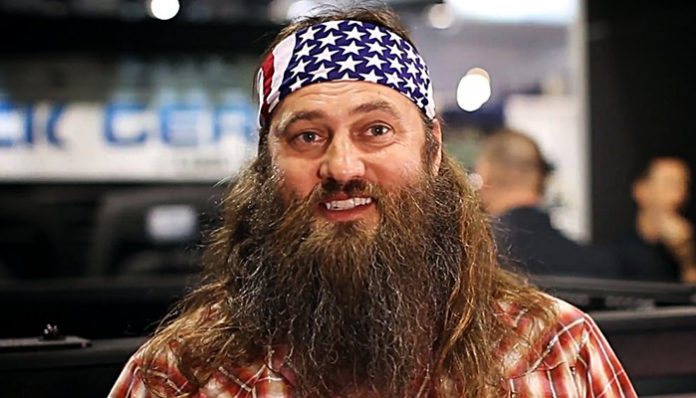 American TV personality Willie Robertson is best recognized for his appearances in the award-winning A&E reality series, Duck Dynasty. Hailing from Louisiana, he spent most of his youth out and about in the outdoors. Growing up, he had been interested in his father’s Duck Commander business. Keeping that in mind, he eventually went to college for a business degree.

With his expertise, Robertson soon transformed Duck Commander from a small, local business to a multi-million empire. Despite his success in the field however, it wasn’t until 2012, that he landed in the public eye after scoring a reality show on A&E called, Duck Dynasty. Incredibly popular on the network, the series only further bolstered his career to new heights.

One of the most well known outdoorsmen in America, it’s no secret that Robertson has earned himself a considerable fortune from his endeavours throughout the years. According to various sources, the CEO currently has a net worth of $20 million.

How did Willie Robertson Make His Money & Wealth? 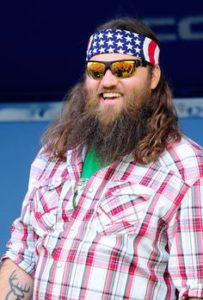 Born on April 22, 1972, in Bernice, Louisiana, Willie Robertson spent many hours in the outdoors during his youth with his three brothers. Growing up, they often accompanied their father hunting in the wild. Possibly due to this influence, he had been interested in his father’s business- a company called Duck Commander, which sold duck-hunting merchandise.

As a teen, Robertson helped out around the store, handling business calls and various other myriad tasks. His eyes set on becoming a businessman like his father, he eventually went to NE Louisiana University, where he where he obtained his bachelor’s degree. From there, he eventually began working full-time company, putting what he learnt at college to good use.

Currently, the Louisiana native serves as the chief executive officer of Duck Commander. Since he took charge of the company, he’s successfully managed to expand it from a small, family business to a multi-million dollar enterprise. Not only does the brand sell various duck-hunting products, but they’ve also branched out to provide deer-hunting gear as well, under the Buck Commander brand.

As of 2012, Duck Commander was bringing in $40 million in sales, a year. Obviously, the company is Robertson’s primary source of revenue. As its CEO, he has poured countless hours into the brand, all of which have paid off. Some of the other key individuals involved include his father, Phil Robertson, and his brothers Jase Robertson, and Kay Robertson.

Located in West Monroe, Louisiana, the company has been featured in numerous TV programmings over the years. For example from 2009 to 2010, a reality series of the same name  aired on the Outdoor Channel. From there, a spin-off called Presents: Buck Commander Protected by Under Armour aired on the same network in 2011.

However ultimately, it wasn’t until 2012- with the release of the A&E series, Duck Dynasty, that Robertson and the company became a sensation of reality TV. Narrated by none other than the CEO himself, the show followed the everyday lives of his family as well as the operations at Duck Commander. The series premiered on television on March 21, 2012.

A surprise hit, Duck Dynasty pulled in over 1.8 million viewers during its series premiere. At the peak of its popularity during season four, it was watched by more than 11.7 million audience members; the following year, the season five premiere drew in over 8.4 million views. One of the most watched TV programmings in the history of A&E, it later went on to break several records on cable television as a whole. Since its debuted in 2012, Duck Dynasty has run for four years; it only recently ended in July 2016, after ten seasons.

Seeing as to how popular it was, it’s not surprising that it managed to yield over $80 million from advertisement alone in 2013. Supported by a devoted fanbase, Duck Dynasty also has a variety of merchandise available for purchase on TVStoreOnline.com, from t-shirts to ceramic mugs. Allegedly, the show earned more than $400 million in revenue from such items alone during the first two years of its run.

In addition to that, Robertson was of course, paid a fancy salary for starring in the reality show itself. According to various sites, the businessman had earned a little over $1 million from the first season of the show in 2012. Now, Duck Dynasty has been running for ten seasons (as mentioned earlier), all of which feature him as one of the main cast members. Taking into consideration the increasing popularity of the show, it’s highly likely that he was able to negotiate an even higher salary for the subsequent seasons.

Seeing as to how popular it was, it’s not surprising that it managed to yield over $80 million from advertisement alone in 2013. Supported by a devoted fanbase, Duck Dynasty also has a variety of merchandise available for purchase on TVStoreOnline.com, from t-shirts to ceramic mugs. Allegedly, the show earned more than $400 million in revenue from such items alone during the first two years of its run.

In addition to that, Robertson was of course, paid a fancy salary for starring in the reality show itself. According to various sites, the businessman had earned a little over $1 million from the first season of the show in 2012. Now, Duck Dynasty has been running for ten seasons (as mentioned earlier), all of which feature him as one of the main cast members. Taking into consideration the increasing popularity of the show, it’s highly likely that he was able to negotiate an even higher salary for the subsequent seasons. Even if he continued the series with a $1 million/season salary, that itself would have worked out to be $10 million.

Speaking of television, the CEO has also been featured in a number of talk shows such as The Wendy Williams Show, The Tonight Show with Jay Leno, Live! With Kelly and Michael, Late Night with Jimmy Fallon, and The View, among many others. In 2015, he even had his own reality special, Willie Robertson Pranks Customers at Willie’s Duck Diner.

Since then, Robertson has even taken on a couple of acting roles- in 2013, he appeared in an episode of Last Man Standing and in 2013, he made his movie debut in the drama film, God’s Not Dead with his wife.

On top of everything that’s already been mentioned, the businessman has also authored a number of books over the years- these include: The American Fisherman (2016), American Hunter: How Legendary Hunters Shaped America (2015), The Duck Commander Family (2012), and Everything’s Better with a Beard (2014).

Aside from being a CEO, reality star, and author, Robertson has also gone behind the mic as a public speaker. For someone as popular as him to speak to a crowd, he would obviously be paid a fair sum for each booking. For example last March, he participated at an event that took place at the Shady Maple Banquet Centre in East Earl, Pennsylvania. More recently this May, he was also involved with the American Freedom Tour Business Seminar at Sheraton Dallas Hotel.

Currently, Willie Robertson has an estimated net worth of $20 million. Drawing from everything that we’ve said above, it’s clear that he earned most of his wealth from two sources- one, his company Duck Commander, and two- his reality shows, the most prominent one being that of Duck Dynasty (If anything, the exposure that they received from the shows probably brought them countless sales). Given his business smarts and many years of experience, it’s almost guaranteed that his empire will continue to flourish.

Sure, Duck Dynasty has come to an end; but for all we know, he may just end up starring in another series sometime in the near future.

Yes, he has been married to his wife, Korie Robertson for over two decades. It’s a sweet love story really- the two initially met during summer camp in elementary school. Some years later, they eventually tied the knot a year out of high school, it’s a decision that neither of them has ever regretted.

Does Willie Robertson Have Any Children?

As of early 2016, Willie Robertson and his wife had five kids- three biological, and two adopted. Just this January however, the couple announced that they were in the process of adopting a sixth child, a thirteen year old boy- who has been living with them since May 2015 (although they never shared their to-be-son’s name!).

Did Willie Robertson go to College?

Yes, Willie Robertson went to college. After graduating from high school, he studied at Harding University in Arkansas before transferring to NE Louisiana University, where he eventually obtained a business degree.

In an episode of Duck Dynasty, Robertson and his wife were portrayed to have been living in a luxurious home- complete with swimming pool, in Monroe, Los Angeles. Since then however, rumours have surfaced online stating that the mansion was in fact, not their’s.

Nonetheless, we’ve attached a photo of said house for your curiosity.

What Kind of Car Does Willie Robertson Drive?

The Duck Dynasty star regularly drives a hand painted 2014 Ford F-150- a vehicle that has made several appearances on the show itself. In addition to that, he also owns a 2014 Chevy Silverado 1500 that boasts a limited edition trim.

Here’s some trivia for you- the first car that he bought way back when was a 1984 Ford Mustang.

Willie Robertson as a Philanthropist

In 2015, Robertson announced that he had made a $2,500 donation to the Greater Baton Rouge Food Bank, in support of a a local high School’s food drive.

Since he first began working full-time at his father’s company, Duck Commander, Willie Robertson has successfully transformed it from a small family business to an enterprise worth tens of millions of dollars. Not only has his efforts proved to be fruitful, but its success has also spawned a number of  TV shows, including the incredibly popular, Duck Dynasty.

In 2013, Robertson was also nominated for a Teen Choice Award for Choice TV: Male Reality Star, which he shared with his fellow co-stars, Phil, Si, and Jase Robertson.

While Duck Dynasty has taken a permanent hiatus as of 2016,  Robertson isn’t quite out of the public eye just yet. This summer it has been announced that he, along with a few of his co-stars, will be returning to The Greenbrier Classic for the immensely popular Wednesday Pro-Am.