Bruna Marquezine Net Worth 2018 – How Much The Actress Has Made 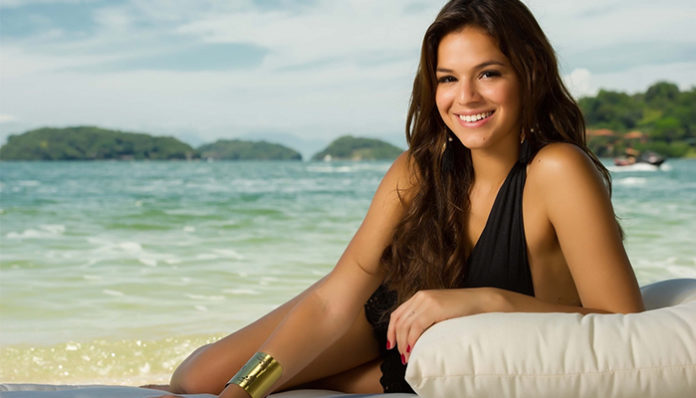 Brazilian actress Bruna Marquezine made her small screen debut in the television series, Gente Inocente (1999) at the age of four. Raised in the city of Rio de Janeiro, she had a number of credits to her name by the time she was a teen. A few years after her initial appearance on TV, she landed a regular role in the popular soap opera, Mulheres Apaixonadas (2003)- which proved to be a breakthrough for the young artist.

Since then, Marquezine has gone on to star several in of shows including Pirlimpimpim (2004), America (2005), Snakes & Lizards (2006), and Forbidden Desire (2008). At just twenty one years old, she has played well over a dozen roles combined on both television and film.

A well established actress in Latin America, it’s not a surprise to know the Marquezine has managed to amass herself a sizeable fortune over the years. As of 2017, her net worth is estimated to be around $3 million. How did this amount come about? Let us take a look.

How did Bruna Marquezine Make Her Money & Wealth? 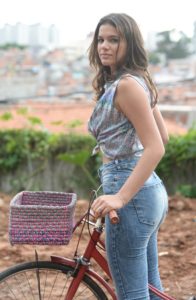 Born on August 4, 1995 in Rio de Janeiro, Brazil, Bruna Marquezine (Birth name: Bruna Reis Maia) spent her childhood in Duque de Caxias with her parents. Like many performers, the brunette entered the show business at a young age. Early in her career, she appeared in a number of television commercials; at one point, she even had the opportunity to work with Xuxa, a well known television presenter.

After appearing in the TV advertisements, Marquezine appeared in her first television series, Gente Inocente in 1999, where she played various minor roles. From there, her talents later captured the attention of Cininha de Paula, a director who happened to be working on a new soap opera called, Mulheres Apaixonadas (2003). Convinced by her previous performances, he soon offered her a supporting part in the series.

Her first “major” role on the small screen, Mulheres Apaixonadas (Women in Love) debuted on Rede Globe on February 17, 2003. Incredibly popular, its average viewership was well over 40 points. Playing the role of Salete Machado, the young actress quickly garnered nationwide attention for her portrayal. By the end of the soap in 2003, she had appeared in over 200 episodes.

The following year, Marquezine landed a small role in the comedy series, Sítio do Pica-Pau Amarelo (2004), where she played a character by the name of Jajale. From there, she made a cameo in The Cleaning Lady (2004), before receiving another big break with the Brazilian telenova, América (2005).

Created by Gloria Perez, América revolved around the life of Sol, a young woman who becomes an illegal immigrant in the US, after leaving her life in Brazil behind her. Cast as Maria Flor, a blind girl, the actress made her debut a few episodes into the show, on March 24, 2005. On set, she was joined by actors Murilo Benicio, Eliane Giardini, Deborah Secco, and Caco Ciocler, among others.

A solid addition to her acting resume, Marquezine ultimately remained on the show for 72 episodes before departing in the fall of 2005. Continuing to trot towards stardom, she later took part in the Emmy Award-nominated telenova, Cobras & Largatos (Snakes and Lizards) in 2006. A member of the supporting cast, she took on the role of a young girl by the name of Lurdes Padilha. By then, she had developed quite a fanbase in her local Brazil.

Continuing to appear in telenovas, Marquezine subsequently scored a part in Walther Negarao’s Desejo Proibido (Forbidden Desire). Premiered on November 5, 2007, it marked the actress’ fifth recurring role on television. In the series, she was given the role of Maria Augusta Mendonca; some of her cast mates included Fernanda Vasconcellos, Murilo Rosa, Eva Wilma, and Daniel de Oliveira.

After remaining on the show for 79 episodes- a reasonable amount, she continued her career with the action comedy series, Negocio da China (2008). Playing as Flor de Lys, eventually appeared in over 110 episodes by the end of 2009. By then, Marquezine was fourteen years old.

That year, the actress also landed her first leading role on the big screen in the Brazilian film, Flordelis: Basta uma Palavra para Mudar (2009). Based on a true story, it centred around an evangelical resident who adopts over 30 children in the Jacareziho slum of Rio de Janeiro. Co-starring alongisde Leticia Sabatella and Reynaldo Gianecchini, she played the part of Rayane in the movie.

Follow its end, Marquezine was cast as Terezinha, one of the supporting characters in the telenova, Araguaia (Destiny River) (2010). After appearing in fourteen episodes, she moved on to the TV series, Aquele Beijo (2011), before landing a role in the award-winning drama, Brave Women (2012); in it, she played a young teen named Maria de Lourdes de Sousa.

In the winter of 2014, she scored a big role in Manoel Carlos’ drama telenova, Em Familia (Helena’s Shadow). Premiered in February that year, it starred Marquezine as one of the lead protagonists, alongside Julia Lemmertz and Humberto Martins. Relatively popular, her performance in the series eventually earned her a Premio Contigo! de TV award nomination for Best Actress.

In May 2015, Marquezine was made the main character in the Brazilian access prime telenova, I Love Paraisopolis). The brainchild of Mario Teixeira and Alcides Nogueira, it featured her as the character of Marizete de Silva Antunes. Relatively well received, it ran for over 150 episodes before ending in November 2015, after a seven-month run.

By 2016, the actress was easily landing starring roles on Brazilian TV. That September, she joined actors Murilo Benicio and Debora Falabella in the drama series, Nada Sera Como Antes (Nothing Remains the Same). Set against the backdrop of Brazil, it told the love story of a man named Saulo and a woman named Veronica.

In 2015, the actress also appeared in her first English production, the dance drama film, Breaking Through. Despite its talented cast however, it ended up becoming a commercial disappointment, having only grossed $180,000 at the box office.

Aside from acting, Marquezine has been featured in sundry television programmings including CQC: Custe o Que Custar (2012), Estrelas (2013), and Encontro com Fatima Bernandes (2013). In 2013, she also participated as a contestant in the popular reality game series, Domingao do Faustao.

From what we’ve discussed above, it’s obvious that Marquezine has earned most of her wealth through the telenovas that she’s been involved throughout her career. Having said that, her salary for the different projects have never been revealed; we can only assume that she’s earned more from her recent roles (e.g. Nada Sera Como Antes, I Love Paraisopolis, Em Familia), seeing as how her popularity and presence has increased over the years.

Incredibly popular thanks to the telenovas that she’s starred in, the actress has amassed over 21.3 million followers on Instagram. For a social media influencer such as herself, we wouldn’t be surprised if she were to receive endorsement offers on a regular basis. In fact, it’s not unheard of for celebrities to earn upwards of $10,000 for a single campaign- it all depends on their presence and audience. While we don’t know for sure how much Marquezine has yielded from her social media account, we can assume that it’s a considerable figure considering her unwavering popularity in Latin America.

Currently it is estimated that the Brazilian actress has a net worth of $3 million. Considering everything that she has going for her (and how easy it appears for her to land roles on television), it’s highly likely that Marquezine’s overall fortune will continue to rise over the next few years.

Will she take part in any other English films or projects? Only time can tell.

While she isn’t married, the Brazilian star has been dating professional football player, Neymar since February of 2013; over the last few months, the two have been spotted together in public on multiple occasions.

In the past, Marquezine has been romantically involved with Marlon Teixeira, Tiago Iorc, and Mauricio Destri.

Does Bruna Marquezine Have Any Children?

No, from what we can tell, Bruna Marquezine does not have any children.

Did Bruna Marquezine Go to College?

No, the actress did not go to college. Following her high school graduation, she opted to continue with her acting career; with her busy schedule in and out of the sets, she’s had no time to pursue further education.

Where Did Bruna Marquezine Get Her Name From?

Born as Bruna Reis Maia, she adopted “Marquezine” as her surname as a tribute to her grandmother, whom she was very close to growing up.

Like many celebrities, not much is known about where Bruna Marquezine lives- no details  have ever been revealed to the public as she’s fairly tight lipped about her personal life (and understandably so!). Having said that, it would probably be safe for us to assume that she resides in the state of Rio de Janeiro, Brazil.

Considering the above, we do not have any photos of Marquezine’s house to share with readers at this time.

What Kind of Car Does Bruna Marquezine Drive?

We currently do not have any information on Bruna Marquezine’s vehicle.

Despite being only in her twenties, Bruna Marquezine’s acting career has led her to appear in over 20 different television and film projects. Some of her most popular roles include Flor from America, Maria Augusta from Forbidden Desire, and Salete Machado in Women in Love.

How Much Did Bruna Marquezine Earn Last Year?

Information on her 2016 salary is unavailable at this time.

A philanthropist at heart, the actress has supported a number of causes in the past. For instance in 2010, she attended a charity event promoted by Maratonia Caixa, where the proceeds went to benefit the Hop Child Project.

So far, the Brazilian star hasn’t appeared in any TV series or films this year- her last project having been that of Nada Sera Como Antes (2016).

For all we know, she may just be taking a short break from acting- seeing as how she’s been working nonstop the last few years.

Still, she remains fairly active on her social media accounts, so there’s that.