Jared Kushner Net Worth 2018 – How Rich Is He Actually? 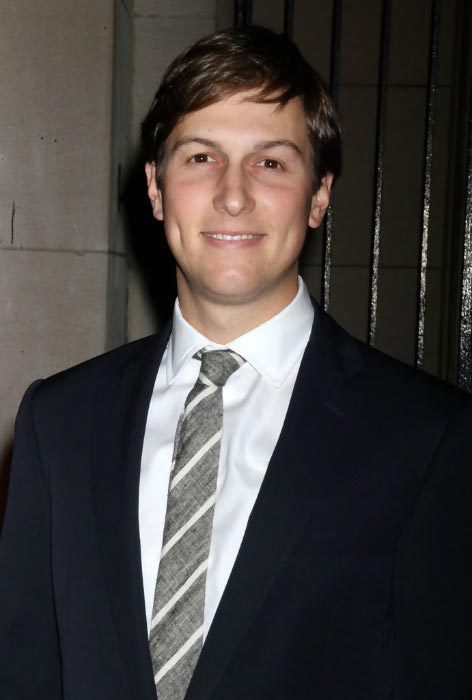 After the election of Donald Trump, the media began to shift focus to his family. In particular, the President’s son-in-law Jared Kushner has received much coverage. Kushner is married to Ivanka Trump and has also acted as Donald Trump’s right hand man for several years. Kushner’s private life and finances have been called into question by the media on many occasions. Despite the criticism, Kushner has a good relationship with the President and has been wildly successful on his own.

How Did Jared Kushner Make His Money & Wealth?

By himself, Jared Kushner is worth over $240 million. He has run several successful business ventures on his own, mostly in real estate. He also comes from a wealthy family who helped him with some of his business ventures. His father is real estate magnate Charles Kushner who has amassed an empire worth over 1 billion dollars. Jared’s younger Josh Kushner is also a successful entrepreneur. The Kushner family is worth an estimated total of 1.8 billion.

Jared Kushner is also married to Ivanka Trump, who has also had a successful career and hails from an extremely wealthy family. Documents released in 2017 estimated the pair’s combined assets to be worth as much as 700 million.

How Did Jared Kushner Get Rich? 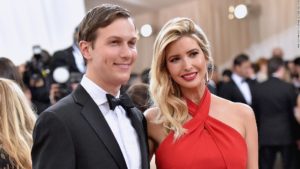 Jared Kushner was born on January 10th, 1981, to a wealthy Modern Orthodox Jewish family in Livingston, New Jersey. His parents are Seryl Kushner and Charles Kushner. Charles Kushner is a billionaire real estate developer and the owner of Kushner Companies. His grandfather Joseph was a Holocaust survivor who came to the USA from Belarus after surviving a concentration camp. At the end of his career, Joseph Kushner controlled over 4,000 apartments, which he passed down to his son.

Given his background, Jared Kushner lived a very comfortable life. However, his parents made certain he made good use of his privileged background. His family pushed him to study hard in school and he was also mentored by his father. Jared Kushner graduated with honors from coed Yeshiva high school the Frisch School in Paramus, New Jersey in 1999.

Jared Kushner graduated from Harvard university in 2003 with a Bachelor of Arts Degree in government. His acceptance into the university was met with great skepticism because his father had pledged 2.5 million dollars a year prior to his attendance. In 2007, he also graduated New York University with a JD/MBA degree. He was an intern with Robert M. Morgenthau and Paul, Weiss, Rifkind, Wharton & Garrison LLP.

Charles Kushner was arrested in 2004, and was convicted with tax evasion, illegal campaign donations, and witness tampering by then governor Chris Christie. He served two years in prison. Prior to his father’s arrest, Jared Kushner wanted to become a prosecutor. Yet Charles’s arrest had a profound effect on Jared, and he swore off his former dream under the premise that he could never handle having to inflict that level of pain on any family.

Kushner was still able to stay afloat while his father was jailed. As a graduation present and a test of Jared’s business skills, the Kushner family purchased The New York Observer for $10 million. At the time, the paper was losing $2 million annually and readership levels were tanking. Jared turned the paper around by making it completely digital. The company was finally in the black again, and many jobs were created as a result.

In 2008, Jared Kushner became the CEO of Kushner Companies at only 26 years old. Earlier in 2007, he helped his father purchase 666 Fifth Avenue for $1.8 billion – the most expensive real estate purchase in history at the time. However, the property crash struck soon after. Kushner Companies lost over $90 million, as the the company had borrowed a large portion of the money used to pay off 666 Fifth Avenue.

The company managed to stay afloat, even during the recession. In 2013, Kushner Companies purchased over 11,000 apartment units throughout New York, New Jersey, and Baltimore. He then purchased three apartment buildings in Middle River, Maryland for $38 million in 2014. Jared also purchased 50.1% of 229 West 43rd Street (aka the Times Square Building).

After the election of President Donald Trump in 2016, Jared Kushner stepped down from his business positions to focus on politics. For many years he had acted as Donald Trump’s closest confidant, and advised him on many business and political matters. Jared is responsible for create Donald Trump’s absurdly successful campaign, managing his social media presence, and even writing his speeches. In 2017, he became the Senior Advisor to the President. 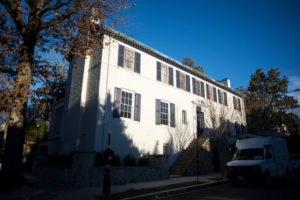 Although the media has uncovered many details of Jared Kushner’s life, there is still much that remains hidden. He rarely participates in interviews, and abstains from social media almost completely. His only social media is on Twitter, where he follows some of his business associates, but has no Tweet history.

Jared Kushner met Ivanka Trump in 2005. The pair got along extremely well from the outset. In fact, Jared was the first man Ivanka ever introduced to her father. However, in 2008 the Kushner family forced Jared to breakup with Ivanka because she was not Jewish. After hearing the news, mutual friend Wendi Murdoch arranged a meeting for them on her Yacht without their knowledge. The pair rekindled their relationship and Ivanka converted to Judaism. They married in 2009.

Jared and Ivanka have three children – a daughter born in 2009, and two sons born in 2013 and 2016 respectively. They own multiple properties, including a massive apartment in New York’s upper East Side. The couple purchased a 7000 square foot dollar mansion in 2017 in Kalorama, Washington for $5.5 million.