Cynthia Bailey Net Worth 2018 – How Much She’s Worth Now

Cynthia Bailey is an American model and actress who’s most famous for her role on Real Housewives of Atlanta, which she starred in the beginning on the third season. In her modeling career, Cynthia appeared on the cover of Essence magazine and even made it on the cover of Vanity Fair. She also started in the 1990 movie opposite Sandra Bernhard.

Cynthia started her acting and modeling career at the age of 18 and she left Alabama for New York to pursue it. The reality star has come a long way since then, so let’s take a look at how she made her money and wealth.

How Did Cynthia Bailey Make Her Money & Wealth?

Cynthia Bailey was born on February 19, 1967, to parents Leon Bailey and Barbara Bailey. The family lived together in Alabama until Cynthia moved to New York City at the age of 18 in order to pursue a career in modeling and acting. One of her first real gigs was in a rendition of Sandra Bernhard’s off-Broadway show, Without You, I’m Nothing as Roxanne. This movie ironically features Bernhard trying to make it in New York as an actress. Before that, Cynthia Bailey appeared in an 80s horror movie called The Dark Power, where Native American ghosts haunt a sorority house that was built over their graves. The real horror is the cultural insensitivity. 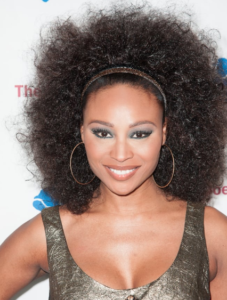 In 1995, Cynthia Bailey was tapped to be on the cover of Essence magazine. Her photo features the actress with a stunning full Afro, an orange dress, and dark berry lipstick. This covershoot propelled her career forward. Cynthia lived abroad in Europe for a while where she got work as of runway model for various designers. Upon moving back to New York in the 90s, she snagged modeling jobs with big companies such as Target, Vogue, Maybelline, Glamour, as well as Oil of Olay. In 1997, Cynthia appeared on the cover of Essence for the second time.

After a successful career of modeling, Cynthia was recruited to join the third season of Real Housewives of Atlanta in 2010. Her storyline featured her friendship with costar Nene Leakes as well as the start of her relationship with ex-husband Peter Thomas. She presented at the Soul Train Awards at the end of 2011 with NeNe at her side.

Even while she was filming for Real Housewives of Atlanta since he was still working as a runway model for designers such as Lawrence Pizzi. She continued with the reality series until its eighth season. In 2015, Cynthia appeared on the TV series Life Twirls On as the character CeeCee, as well as the documentary Black Friday. The next year, she guest starred on an episode of the show The Next:15 which is about reality stars that have faded from fame. In 2016, she made a guest appearance in Sharknado: the 4th Awakens.

In the meantime, Cynthia also opened the Bailey Agency School of Fashion, which teaches workshops to aspiring actresses and models. Cynthia also developed her own eyewear line called Cynthia Bailey Eyewear. Her eyewear designs focuses on “Bold yet elegent designs” in bright colors that are made with high-quality components such as stainless steel. Her bag collection, CARGO, large leather travel bags in exciting colors and styles. 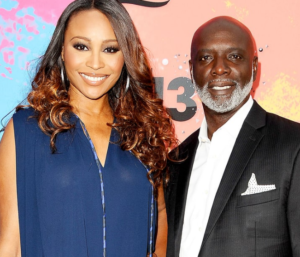 While the Real Housewives of Atlanta star is currently single, she was once married to Peter Thomas, who is an entrepreneur as well as a convention planner and club owner. The two were married in 2011, and they were divorced in 2016. Cynthia has a 17-year-old daughter from a previous relationship with Leon Robinson (the main man in Madonna’s Like a Prayer video) named Noelle who recently graduated high school with straight A’s. Cynthia has also been in a relationship with actors Jayson Williams and Russell Simmons. After her divorce, Cynthia Bailey was rumored to be dating Chef Robles, who has catered meals to John Legend, Michael Jackson, and even Pres. Obama. In late 2016, Cynthia Bailey was dating Nigerian boxer named Yahu Blackwell.

Cynthia’s marriage to Peter was documented over the seasons of Real Housewives of Atlanta, and their divorce is just as public. It appears to be Cynthia’s decision to end the marriage. An interview, Cynthia told a reporter from Bravo that not being able to work out the relationship made her feel like she was a failure, but also that she hoped that her ex-husband would stay in touch with her daughter Noelle.

While working on Real Housewives of Atlanta, Cynthia Bailey was making about $1.2 million per year. The reality show was her main source of income, but she also involved in modeling projects that add to her stack of cash such as advertisements and her eyewear line.

How much money does Cynthia Bailey make per day?

Cynthia Bailey makes about $3300 per day, either shooting an episode of Real Housewives of Atlanta or doing her modeling work. 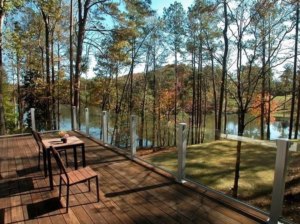 Cynthia and her ex-husband Peter used to share a three-story 4500 ft.² townhouse in Glenwood Park, which had four bedrooms. Cynthia purchased the place, which has gray hardwood floors as well as a rear deck, in 2007 for just below $600,000. The townhouse went up on Zillow in July 2016 for almost $700,000. Since then, Cynthia Bailey has purchased a lakefront home in Georgia. The house has an enviable wood deck in the back that is facing the trees on the lake. She spent almost $400,000 more on the Lakeside Hideaway, which has four bathrooms in six bedrooms. Most of the floors of the house are polished hardwood, with the exception of the bathroom which is covered in white marble. 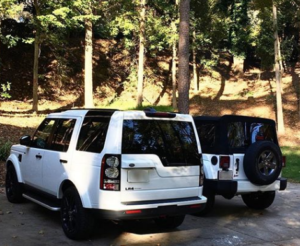 It looks like Cynthia Bailey has a luxurious white Range Rover LR4. Brand-new, the vehicles cost over $70,000 and frequently include features such as premium leather seats and panoramic roof.

In early 2017 Cynthia Bailey attended a charity fundraiser for the Women’s Cancer Research Fund, which is part of the Breast Cancer Research Foundation. Together with a host of other celebrities including Lisa Kudrow, Martin Short, and Jason Derulo, Cynthia helped raise over $1.8 million for breast cancer research. The year before that, she went to a gala at the Beverly Wilshire Hotel which supported Empowerment Programs for Girls and Youth. Through her eyewear collection, Cynthia also donates 10% of her proceeds monthly to various charities. This is what she claims on her website, although she has been accused of fraud due to the actions of her modeling agency.

Cynthia has accomplished a lot since she first started out as a model at the age of 18. She went from being an unknown model to appearing on the cover of Essence magazine and modeling in fashion shows in Europe. She went on to become a long time cast member of the Real Housewives of Atlanta and even appeared in the third sequel to the Sharknado series. She now runs several businesses such as her eyewear collection, the Bailey Agency School of Fashion, and CARGO, her leather purse collection.