The Chainsmokers Net Worth 2018 – How Wealthy Are They Now? 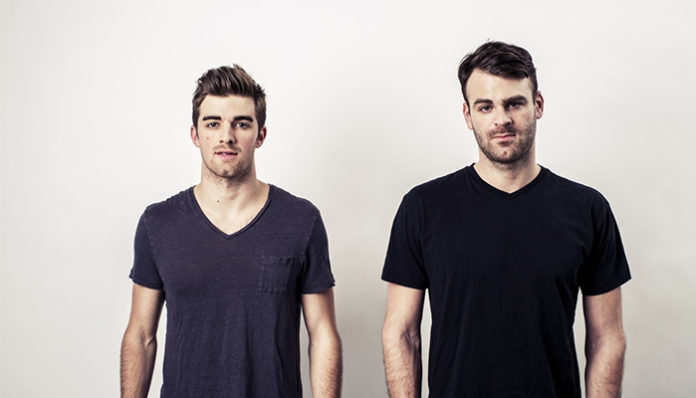 American DJ duo The Chainsmokers first rose to fame for their song, #Selfie in 2014. Consisting of Alex Pall and Andrew Taggart, the two began working together in the early 2010’s; initially, they had started out by producing remixes of indie bands.

In 2014, the pair received a big breakthrough with the release of their single, #Selfie. Originally released for free in 2013, it was later re-released by Dim Mark Records in 2014, after which it quickly charted worldwide. With that, The Chainsmokers had garnered themselves millions of fans around the world.

Since then, the duo has released a full length album, two extended plays, and over a dozen singles- a handful of which went on to earn multi-platinum certification in the United States (e.g. Roses, Don’t Let Me Down, All We Know). Constantly climbing in popularity, The Chainsmokers is currently estimated to have a net worth of $8 million. How did they go about earning this fortune? Let’s find out.

How did The Chainsmokers Make Their Money & Wealth? 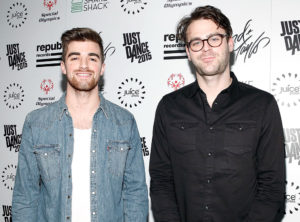 The New York-based production duo currently consists of Alex Pall and Andrew Taggart. Originally in 2012, The Chainsmokers were made up of Pall and DJ Rhett Bixler; it wasn’t until later that year that he was replaced by Taggart, following Bixler’s leave.

At the time, Taggart was an intern at Interscope Records. Unlike Pall, who had been DJing his entire life, it wasn’t until he was in his early twenties that Taggart first took an interest to the art form- he eventually released a few original songs through SoundCloud. After learning that there was an open position available with The Chainsmokers, he relocated to New York City, where he eventually met Pall.

From there, the pair combined their creativity and came out with a number of remixes- mostly of indie songs. In late 2012, they had the chance to collaborate with Priyanka Chopra, a popular Indian actress and singer on the song, Erase, which brought them some degree of attention. The following year, they teamed up with her once again on the single, The Rookie, which was made available in early 2013.

By December 2013, The Chainsmokers had dropped their first record, #Selfie as a free digital download. A major hit, the title was soon picked up by Dim Mark Records, who opted to re-release it as an official single in stores. Incredibly successful, it entered the US Dance/Electronic Songs chart at number 19, with over 9,000 downloads in the first week; it eventually also debuted on the Billboard Hot 100 at number 55. As of 2014, #Selfie has sold over 865,000 copies domestically.

Not only did their debut effort attain success in the US, but it also charted among the top ten in Australia, the Netherlands, Norway, Poland, Finland, Denmark, and Scotland. Despite it being their first official release together, #Selfie later went on obtain platinum status in five different countries around the world.

During the initial half of 2015, The Chainsmokers released three singles including Kanye (Feat. SirenXX), Let You Go (Feat. Great Good Fine Ok), and Good Intentions (Feat. BullySongs). However, it wasn’t until later that June, that they returned to the public eye with their smash hit, Roses. Featuring American singer Rozes, it found its way onto numerous US record charts including the Billboard Hot 100, US Rhythmic, and Mainstream Top 40, where it peaked at number 6, number 4, and number 3 respectively.

As of 2017, Roses has sold over 3 million copies, earning it 3x platinum status in the United States. Overseas, it has also received similar accreditation in Australia, the UK, Sweden, Germany, Canada, and New Zealand.

On October 23, 2015, The Chainsmokers delivered their debut extended play, Bouquet via Columbia Records. Produced by the duo themselves, the EP contained five tracks including Roses, New York City, Good Intentions, Until You Were Gone, and Waterbed. Highly anticipated by fans, the project soon reached number 31 on the Billboard 200; additionally, it also charted at number 2 on the Top Dance Albums chart and at number 4 on the Top Heatseekers Album chart. To date, it has been certified gold in the US.

The following November, the DJ duo released their second EP entitled, Collage. Preceded by the single, Don’t Let Me Down, which eventually went 5x platinum in the US, it boasted five tracks. A couple of weeks after its release, it entered the Billboard Top 200 at number 6, with approximately 39,000 sales.

Considerably more successful than its predecessor, Collage ultimately gave rise to the single, Closer, which reached number one in multiple countries including the US, Sweden, South Africa, Slovakia, Portugal, Europe, The Netherlands, and a few others. An official music video was later released on October 24, 2016; supported by the EP, it has since been viewed over 220 million times on Youtube.

On January 13, 2017, The Chainsmokers dropped their hit single, Paris. Taken from their first studio album, it received many positive reviews from critics upon its release. On the charts, it reached number 6 on the Billboard Hot 100 and number number three on the Mainstream Top 40 in the United States; outside of the US, it also charted in several other countries including Canada, Austria, Latvia, Hungary, New Zealand, Norway, Mexico, and Malaysia, to name a few. As of June 2017, it has sold over 1 million copies in the US, earning it platinum certification.

A month later, they released the single, Something Just Like This on February 22, 2017. Produced by the duo, with help from DJ Swivel, the song was later featured as the theme song of the NCCA Men’s Basketball Tournament. As far as chart performance goes, it reached number 3 on the Billboard Hot 100, and number 1 on the Adult Top 40, Hot Dance Songs, and Mainstream Top 40 charts. Just as successful as their previous title, it has since been certified platinum by the RIAA.

Their long awaited debut album, Memories…Do Not Open was released on April 7, 2017. Supported by the success as of its two singles, it debuted at the top of the Billboard 200 with 221,000 album sales in the first week. Easily one of the best works, it eventually also topped the Top Dance/Electronic Albums chart. So far, the studio album has sold more than 500,000 copies in the US, according to Niel Soundscan.

On top of their original material, The Chainsmokers have also released several remixes over the years including those of Trying to be Cool by Pheonix, Miss Atomic Bomb by The Killers, Habits (Stay High) by Tove Lo, Jealous (I Ain’t With It) by Chromeo, and Sleeping with a Friend by Neon Trees, among others.

In addition to what they make from their record sales, The Chainsmokers also earns a significant amount from live shows alone. Since they first made themselves known in the early 2010’s, they’ve hit countless cities, where they’ve had the chance to entertain crowds with their music. In fact, the duo are currently on the road for their 2017 Memories Do Not Open Tour, in support of their debut album. Consisting of 46 shows, the concert tour is slated to continue until September 2017.

For fans, the duo have also set up an official merchandise shop through their online website. The last that we checked, they were selling logo-ed t-shirts and hoodie type items for €30 to €50 a piece.

On the web, their official Youtube channel counts as significant source of revenue for the stars. Since they first created the page in 2012, The Chainsmokers have reached over 1.4 million subscribers and more than 570 million lifetime video views. Currently, their most popular upload, the official music video for #Selfie has been viewed close to 500 million times; some of their other hot titles include The Chainsmokers Live @ Ultra Music Festival 2016, Roses Ft. Rozes, and Icons Pop – Girlfriend.

Through Youtube’s partnership program, users are capable of earning upwards of a few dollars per 1,000 monetized views Assuming that 40% of the duo’s 570 million view count has been monetized, that works out to be at least $450,000 in earnings- and that’s just the minimum! With the rate that their channel is growing, they’re like to earn even more in the near future.

The Chainsmokers’ Personal Life and FAQ

Is The Chainsmokers Married?

According to our research, Andrew Taggart is most likely single- although there were rumours about him having dated Ashley Frangipane back in 2016.

As for the other member of the pair- Alex Pall, he is currently in a relationship with Tori Woodward, a student at the USC Gould School of Law. Just this past February, the couple celebrated their third year anniversary.

Does The Chainsmokers Have Any Children?

No, neither of the two have any children that we know of.

Did The Chainsmokers Go to College?

One of the most distinguished pairs of music artists in the country, over half a dozen of their singles have received platinum or higher certification from the RIAA. Not only that, but their studio album and extended plays have also been certified gold and platinum.

Throughout their years together, The Chainsmokers have also garnered an impressive amount of recognitions and accolades in the industry. Some of the awards that they’ve received so far include an American Music Award (e.g. Favourite Electronic Music Artist), four Billboard Music Awards, five iHeartRadio Music Awards (e.g. Best New Artist, Dance Artist of the Year, Dance song of the Year), and a WDM Radio Award (e.g. Best Trending Track), among many others.

Recently this year, they were also awarded with their first Grammy for Best Dance Recording.

The Chainsmokers and Charity Work

In 2015, the internationally recognized duo teamed up with Cadence & Cause, a non-profit to help provide basic educational needs to underprivileged children in third world countries.

Later December, The Chainsmokers also donated over $2,000 to the Pets For Vets Foundation, an organization that helps to pair shelter pets with America’s veterans.

As mentioned earlier, the production duo is currently on the roads for their 2017 Memories Do Not Open Tour. Kicked off this past April, it will be continuing until September, where it will end at Singapore. Tickets for many of the dates are still available, be sure to grab yours if you’d like to see them perform on stage for yourselves.

Aside from their 2017 studio album, Memories…Do Not Open, The Chainsmokers have also released the singles, Paris, Something Just Like This and Honest this year.