Kellyanne Conway Net Worth 2018 – How Rich is She? 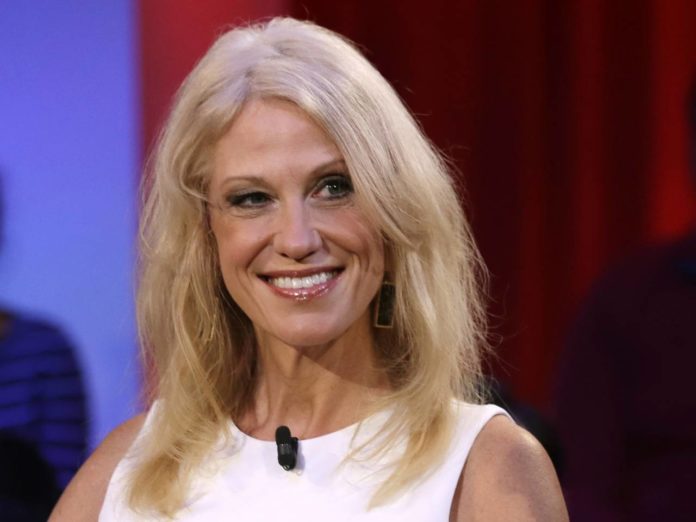 Kellyanne Conway is one of a few special people who are considered a part of Donald Trump’s team. She originally helped Trump during his campaign for the presidency, but since he has won the election, Conway has continued to serve an important role in his administration. It certainly seems like Kellyanne Conway came out of nowhere when she entered this political spotlight. How much money does she make with Donald Trump, and how much money has she made throughout her life? In this article, I’m going to be talking about Kellyanne Conway’s net worth and Kellyanne Conway’s salary. I also plan on talking about how exactly she was able to rise to such prominence in such a short period of time. Without further ado, let’s jump right into this one.

How did Kellyanne Conway make her money and wealth? 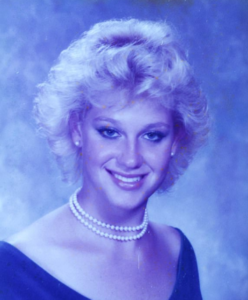 Kellyanne Conway was born in January of 1967 in Camden, New Jersey. She was primarily raised by her mother’s side of the family, since her parents divorced when she was very young. Despite this, she was still brought up Catholic.  Conway went to high school at St. Joseph High School, which is located in Hammonton, New Jersey. While some people are content to sit around and doing nothing during high school, Kellyanne was actually pretty active in the student body. She sang in the choir, participated in sports (field hockey, to be exact), and she was even a cheerleader. Even though all of this was really great in developing Conway’s character, over the years she has really credited something more unusual for her development. She spent a lot of time as a teenager working on a blueberry farm, which instilled a strong work ethic in her.

Conway finally graduated from St. Joseph High School in 1985, and she would go on to study at Trinity College, Washington. (The school is now better known as Trinity Washington University.) She decided to study political science while she went there, and she earned her Juris Doctor (with honors) from the George Washington University Law School in 1992. As you can probably tell, she was really poising herself for a career in law or government with these choices. When she was completely done with school, Kellyanne worked as a judicial clerk with the Superior Court of the District of Columbia for a good while. She also got some experience in polling while she was still in law school, which would lead her to her next big career move. 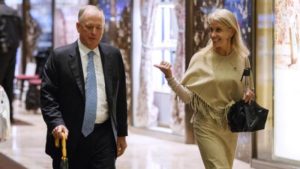 In 1995, Kellyanne Conway founded her own polling firm called the Polling Company. She specifically helped with consulting on consumer trends, particularly trends that were related to women. Although the Polling Company did work for certain companies, such as Vaseline and Hasbro, it also did work for politicians. Conway became something of a television personality, too, and she was frequently consulted on political issues alongside other young Conservative women like Barbara Olsen and Ann Coulter. During her polling opinion research work, Conway worked closely with politicians such as Fred Thompson, Dan Quayle, Newt Gingrich, Todd Akin, and future Vice President Mike Pence.

During the 2016 presidential election, Kellyanne Conway officially endorsed Ted Cruz as the Republican candidate. Conway aligned more with Cruz’s political views, and felt that opponent Donald Trump’s views were much more extreme than they were conservative. In January of 2016, Kellyanne went on the record multiple times to criticize both Donald Trump’s character and his campaign strategy. Despite Conway’s very strong support for Ted Cruz’s campaign, he ultimately decided to drop out of the race in June. Very shortly after this, Donald Trump announced that Kellyanne Conway was going to be working as a senior advisor during his presidential campaign, which was a move that surprised a lot of people. He even eventually promoted her to campaign manager. 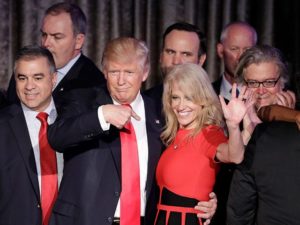 On the surface, it may have seemed like a foolish decision. Why would you hire someone who was openly critical of you in the past? During this time in the election, Trump was not seen very favorably by female voters. Conway was there to help him figure out what he was doing wrong, and hopefully turn the tides during the presidential race. Trump promoting Conway to campaign manager was actually a historic decision, since it made her the first woman to run a Republican presidential campaign. Although Conway frequently saw herself under fire for her defense of the candidate, she apparently did a good job, because Donald Trump was successfully voted into office when the election came around.

Trump would go on to offer Conway a job in the White House, and she still works as a White House aide today. Just like how she did when she worked with Trump’s campaign, Conway frequently finds herself on the news and explaining or apologizing for the president and his associates. She attracted a lot of attention shortly after Donald Trump’s inauguration, when she coined the term “alternative facts” to describe false statements made by Press Secretary Sean Spicer during a press conference. Kellyanne Conway has been a political figure who is just as polarizing as she is successful. Say what you will about her character, but you have to admit that it’s impressive just how much she has been able to climb the political ladder since earlier this year.

Kellyanne Conway is currently married to George T. Conway III, who is a litigation partner with the law firm Wachtell, Lipton, Rosen & Katz. Together, they have four children. The family lives in Alpine, New Jersey.

Since she’s technically a member of public office, Kellyanne’s salary is publicly known. Kellyanne Conway’s official title in the White House is Counselor, and she receives a yearly salary that is roughly on par with Chief of Staff Reince Priebus, Press Secretary Sean Spicer, and Chief Strategist Stephen Bannon. She makes around $179,000 per year. That may not seem like a lot considering how important her work is, but that’s often a sacrifice that one has to make if they want to work in this field.

How much does Kellyanne Conway make per day?

Using the previous salary, we can do some very basic math to calculate Kellyanne Conway’s daily income. In a year consisting of 365 days, she makes a little under $500 per day. That definitely isn’t bad coming from someone who spent a lot of her childhood picking and packing blueberries.