Chris Jericho Net Worth 2018 – How Rich is the Wrestler? 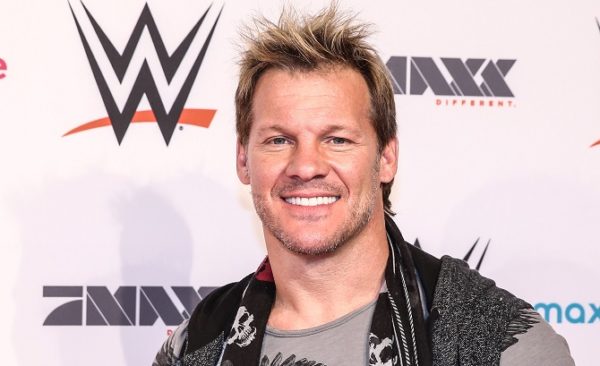 Wrestler, Rocker, and Podcast personality, Christ Jericho has worn plenty of hats in his long career. But in wearing those hats, how much has Chris Jericho made? Here, we take a look at the Net Worth of Christ Jericho, and how he’s made his wealth.

How Did Chris Jericho Make His Money & Wealth?

To begin with, let’s take a look at the life of Chris Jericho. Born as Christopher Keith Irvine in Manhasset, New York (though he’d be raised and claim Canada as his home), and started wrestling not long after watching a few local AWA matches in his hometown of Winnipeg. He’d soon hop onto a ring crew for the Keystone Wrestling Alliance, where he got a pal around with some of the talent and get some tips. After graduating with a degree in communications from a local community college, he’d go onto the wrestling scene for his own try at fame, after attending the Hart Brothers School of Wrestling. Starting in 1990, he began to make significant earnings due to his ability to play up acrobatics and egos, becoming a top performer for each of the many federations he wrestled for.

When he finally joined the WWE ten years later, he would supplement his income by going through multiple other circuits in Japan and Mexico. His big break would be when he was able to take on both Stone Cold Steve Austin and The Rock in the same night and winning. This would quickly make him either the crowd’s favorite, or favorite to hate for years to come. As a result, his merchandise would fly off the shelves, bookings for him would sell plenty of tickets and pay per view spots, and of course, many wrestling fans would recognize him in the many WWE video games that would come out in the following years.

Unbeknownst to many fans however, is that Jericho also has an alter ego, and what can essentially be seen as a separate life. This includes his performances with his heavy metal band, Fozzy, which have had relatively numerous record releases since 2000, with a new album coming in 2017 named “Judas”. He has also shown up in multiple reality TV series like the 12th season of Dancing with the Stars where he made around a quarter of a million dollars, 2006’s G4TV series Attack of the Show, and multiple VH1 shows. Probably the most fun of these appearances is Jericho as a host of the 2013 SyFy show, Robot Combat League.

Chris Jericho is married to Jessica Lockhart, and the two have 3 children together. The couple have been married since 2000.

At the start of 2017, Chris Jericho renewed his contract with the WWE, for approximately $970,000 annually, which is a pretty nice salary indeed. It is unclear how much he earns off of commission of merchandise however, as quite a large chunk of those earnings are either returned to WWE or given to various charities which he supports. Another slightly ambiguous earnings situation is in relation to his band, who is set to release a new album, “Judas” in 2017, and his multiple podcasts that are highly variable in earnings.

How much money does he make per match?

While the per match earnings are not readily disclosed to the public, it is known that Chris Jericho signed a 2 year, $970,000 per year contract in 2017. This comes out to about $18,000 per week, which is a salary most people would kill to have.

With such a big name, one of the most famous in the WWE, you’d think he’d have a house in the Hollywood Hills, or Miami, or New York. Oddly enough, wrong on all counts (though he does have a part time dwelling in Los Angeles). Chris Jericho’s house appears to be in Odessa, Florida, a little northwest of Tampa. This beautiful home is one of slightly understated elegance, boasting a regionally-traditional brick fencing, a Florida room (think a screened in outdoor patio), and plenty of trees. What isn’t traditional is the 6,401 floor plan, with 4 bedrooms, 4.5 bathrooms, and a small boat port on the nearby shore. This house cost him around $970,000 back in 2004.

While Chris Jericho allows his house to be shown without issue, he is a man who enjoys privacy regarding his vehicle. Often traveling in public in rented cars, it’s hard to pin down whether he’s the luxury sedan sort of guy, or has a hotrod to match his occasional rock star personality. 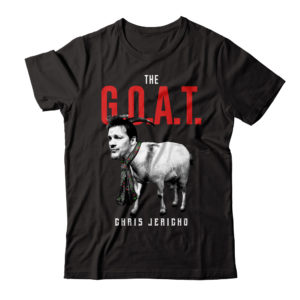 For tough guys who often bring the smack down to their opponents, many wrestlers seem to be complete sweethearts when it comes to giving back to the community in terms of charity. Christ Jericho, whether hero or heel has been no different. In 2017 alone, Jericho has helped fund Tom “Dynamite Kid” Billington’s medical care, the Love-Alive Charity which was created by a TNA wrestler known as The Pope, and single handedly paid for the funeral expenses of pro wrestler Timothy Smith, whom Jericho has a good deal of respect for. He also seems to have a sense of humor, releasing a T-Shirt which declares himself “The G.O.A.T. (greatest of all time) with an image of his face photoshopped onto a goat. The proceeds from this shirt go to fund Juvenile Diabetes Research.

Chris Jericho’s accomplishments make for quite a long list, having been champion of multiple wrestling series, and often having a personality that has won him ever more praise. Some highlights of these include:
Heavyweight and Tag Team Champion for the Canadian Rocky Mountain Wrestling League
World Middle Weight Chamion in Consejo Mundial de Lucha Libre
Winner of Feud of the Year, Feud of the Decade, and Most Hated Wrestler (twice) from Pro Wrestling Illustrated
5 WCW titles, including World Television Champion
And now less than 34 titles from WWE/WWF, including Undisputed WWF champion.