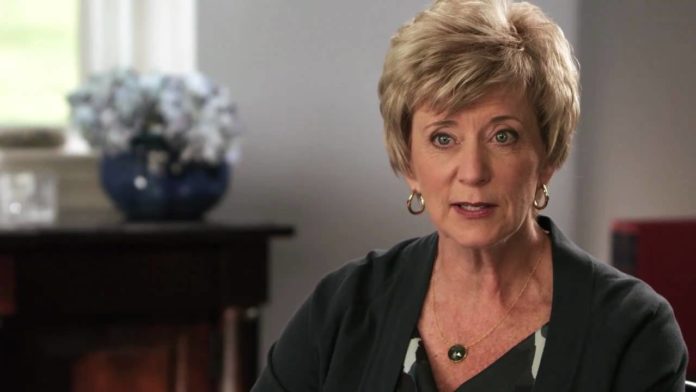 Donald Trump’s administration is loaded with quite a few interesting characters. He has selected a wide variety of different people, from different backgrounds and from different walks of life. However, I think that Linda McMahon is arguably one of the most interesting people to serve a role in the administration. McMahon is perhaps best known for her work with the World Wrestling Federation, which is now better known as the WWE. She basically helped build the WWE from the ground up, to the enormous corporation that we know today. She’s proven herself to be a gifted businesswoman, and I suppose it’s only natural that she would be drawn to a career in politics. In this article, I’ll talk about how much Linda McMahon makes, and I’ll also talk about how she had such a meteoric rise with the WWE.

How did Linda McMahon Make Her Money & Wealth? 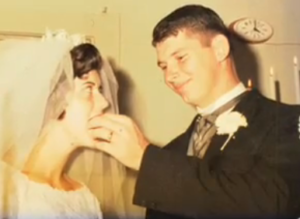 Linda McMahon was born in New Bern, North Carolina in October of 1948. She was interested in sports from a young age, and she grew up with a largely conservative family. Linda met Vince McMahon when he was sixteen years old and she was thirteen years old, and Vince hung out around her house a lot. He grew up in a relatively abusive household, and so he was welcome to visit Linda’s family whenever he pleased. After Vince graduated high school, he went on to attend East Carolina University, hoping to study business. Very shortly after Linda graduated from high school, her and Vince were married. McMahon followed in her husband’s footsteps, attending East Carolina University and graduating with a degree in French. Using this qualification, she had a job in Maryland where she worked as a receptionist at a law firm, translating French documents.

During this stage of their marriage, Vince and Linda struggled financially a lot. In 1979, Vince attempted to start his own wrestling company, but not much came of it. The luck of the McMahon family didn’t really turn around until 1982, when Vince purchased the World Wide Wrestling Federation from his father. The WWWF was basically a regional wrestling company, based out of the northeast. It was pretty successful as it was, but it was nothing compared to what it would become. During the early years of the WWE’s development, Linda McMahon was absolutely pivotal. She really worked the business side of things, helping with things like product merchandising and negotiation. There are many people who would argue that if it weren’t for Linda McMahon, the WWE may never have taken off in the monumental way that it did. 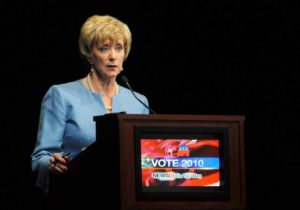 Obviously, today the WWE is one of the most well-known brands in the entire world. The McMahon family as a whole is deeply rooted in professional wrestling, and they helped bring professional wrestling to the international spotlight in a way that no one else ever had before. Linda McMahon was popular among fans of the WWE for what she did for the sport, and she was popular among people in business due to her incredible work with the organization. Like many other people who end up successful in business, Linda eventually made the decision to move into politics. Her first job in government was a position on the Connecticut State Board of Education. She was appointed there in 2009. This appointment was viewed critically at first given McMahon’s inexperience in education. She only held the position for a little while.

In that same year, Linda announced that she was going to run for Connecticut Senate. She ran as a Republican, and she attracted a good amount of attention by being a candidate who refused to have her campaign funded by outside donations. Her campaign was aggressive in terms of advertising and marketing, and her poll numbers were promising. However, her political opponents used this against her, claiming that she was basically trying to buy her way to a victory in the election. Linda ended up making it to the general election, but she lost decisively against Richard Blumenthal. However, McMahon didn’t seem at all deterred by this loss. (You don’t end up one of the most successful businesswomen in the world by giving up easily.) She launched another senate campaign in 2011. 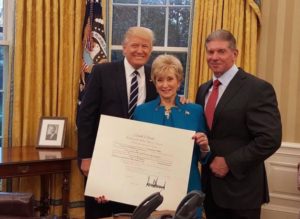 The senate election in 2012 was a little less dramatic, with Linda defeating Chris Shays, a former congressman, to become the Republican nominee. However, she ended up losing in the general election to Chris Murphy. Although these two consecutive losses indicates that politics may not have been the best career path for Linda McMahon, she still dedicated herself to aiding other groups in the Republican party. She became known as a pretty big donor and fundraiser for groups and candidates who she supported. Following Donald Trump’s election during the 2016 presidential election, he officially appointed Linda the position of Administrator of the Small Business Administration. Basically, this would put her in charge of a government agency that helps entrepreneurs and small businesses in the country. The senate was apparently satisfied enough with Linda’s experience in business to confirm her with an overwhelming majority vote.

Linda McMahon was obviously married to Vince McMahon for the majority of both of their lives. The two married when Linda was just seventeen years old, and they are still married today. Vince still works as the Chairman and Chief Executive Officer of World Wrestling Entertainment, Inc. while his wife works in the government. Together, the couple have two children: Shane and Stephanie. Linda and Vince are basically high school sweethearts, and they’ve built an incredible legacy together.

Since Linda McMahon still makes some money from the WWE, it’s difficult to determine exactly how much money she makes in a year. However, it has been estimated that makes about $500,000 per year from the WWE alone, within a year. One can assume that she makes a relatively modest salary as the Administrator of the Small Business Administration, which would pull her total salary to around $600,000.

How much does Linda McMahon make per day?

If you take that salary that we came up with before, you can just use some basic math to determine Linda McMahon’s daily income. In a year that consists of 365 days, Linda makes about $1,650 per day. That definitely isn’t a bad amount of money coming from someone who came from such a modest background.

Linda McMahon obviously has a lot of money, and the WWE is a worldwide brand. As a result, I don’t think it’s too much of a surprise to say that Linda has done a tremendous amount of charity work throughout her career. Over the years, she has supported countless charitable organizations, including Achievement First, Operation Helmet, Heroes in Transition, the Susan G. Komen Breast Cancer Foundation, Stamford Hospital, Soldier Socks, the Greenwich Alliance for Education, and Catholic Big Sisters & Big Brothers.