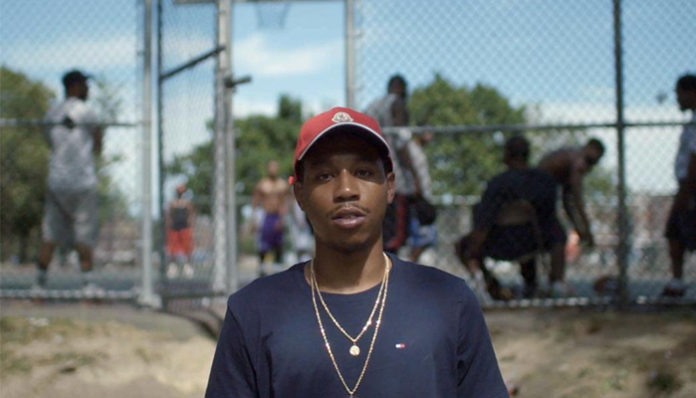 American rapper Cousin Stizz created quite the buzz with the release of his debut mixtape, Suffolk County in 2015. Hailing from Dorchester, Massachusetts, he grew up listening to his father’s collection soul music; some of his favourite artists included Erykah Badu, Tribe, and Biggie.

Ultimately, it wasn’t until he was in his teens that his focus shifted towards trap music. Inspired by the works of Max B and Gucci during high school, he eventually got into the scene himself, free styling to a number of beats.

Eventually in his early twenties, Cousin Stizz dropped his first mixtape entitled, Suffolk County. Met with praise, it quickly established him as a rising artist. Since then, he has released several new beats, including Down Like That (Feat. Larry June), 500 Horses, Coulda Been, and Gain Green, among others.

According to various sources, the recording artist is currently said to have a net worth of $80,000.  Where did this money come from? To answer that, we’ll have to take a closer look at his life and career.

How did Cousin Stizz Make His Money & Wealth? 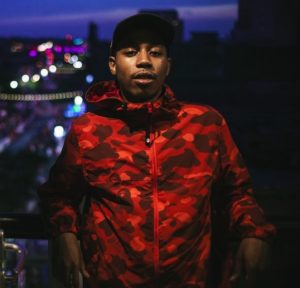 Born on October 1, 1992 in Dorchester, Massachusetts, Cousin Stizz has been listening to music for as long as he can remember. Growing up, he was exposed to a lot of old soul music; before he knew it, he was singing along with the lyrics. Ultimately, it wasn’t until he was in high school that he started to switch to trap music. A fan of Gucci Mane, he grew especially fond of his track, Writing on the Wall.

From there, Cousin Stizz was introduced to Max B- someone who he later described as being “one of the most influential artists in this generation”. For many years during his teens, Max B and Gucci Mane were all that he had listened to. As he continued to enjoy their beats, his passion for trap music only grew stronger. Before long, he was experimenting with his own rhymes and melody.

On May 26, 2015, the twenty something year old made his debut with the single, No Bells. Despite its title, the track’s Southern delivery is ironically led by that of bells. Produced by DumDrumz, the song was uploaded onto Cousin Stizz’s Soundcloud page, where it created some buzz. To date, his debut effort has been streamed close to two million times on Soundcloud. On Youtube, its official music video has also reached two million views.

Just a week later, Cousin Stizz dropped his first mixtape, Suffolk County. Produced by Latrell James, Tee WaTT, Obeatz, Tedd Boyd, M. Ali, and Lil Rich, it included thirteen titles including No Explanation, Fed Up, Bonds, Jordan Fade, Ain’t Really Much, Dirty Bands, Fresh Prince, and Talk– the last of which featured Jefe Replay. Supported by two singles (one of which was released on the same day), the tape ended up creating quite a stir online. As of May 2017, it has been played over 20,000 times on Soundcloud alone.

On September 28, 2015, the Massachusetts rapper came out with his new track, The Wave. Continuing to add to his catalogue, the M. Ali and Tee-WaTT production showcased an impressive delivery of wordplay, one that garnered it many positive reviews. Hugely popular, it quickly stacked up a few hundred of thousands of views on the web. To date, The Wave has been streamed over 740,000 times online, through his official Soundcloud account.

Continuing to build his momentum, he released his next single, Cheddar Bring on November 20, 2015. Produced by Dumdrumz, the Parental Advisory label-accompanied track revolved around the ways in which success has and hasn’t affected the rapper’s life. Met with praise (especially among fans), the track effortlessly cemented Cousin Stizz’s place in the trap scene.

Before the end of the year, Cousin Stizz delivered another track dubbed, Ocean Drive on December 19, 2015, which was a collaboration with the popular rap duo, Stupid Genius. A hybrid between R&B and trap, it featured a slow, hazy beat which earned itself positive reviews from fans. Within one and a half years, the title has been played over 130,000 times.

On January 22, 2016, Cousin Stizz released his sixth single, Super Bowl. Produced by his long time collaborator Dumdrumz, the song compared the winning abilities of the Patriots against his own career. On Soundcloud, the track has received close to 17,000 likes and has been played more than 660,000 times. If anything, it only bolstered his presence in the trap scene.

A few months later on May 24, 2016, the Boston resident unleashed yet another track entitled, Gain Green. A strong follow up to his earlier single, it saw him rapping to the beat produced by Dumdrumz. That same day, Cousin Stizz also released the official music video on Youtube, which have since gained close to 900,000 views.

The following month, he dropped Coulda Been– a track from his upcoming mixtape, Monda. Produced by Tee-WaTT, Cousin Stizz reflects on his past struggles and explores what “coulda been” in his life in the song. Raved by fans, its release quickly caused his popularity to spike again online. Within a year, the single has been reposted over 2,500 times and streamed more than 555,000 times on Soundcloud.

Prior to the release of Monda, Cousin Stizz leaked two additional singles, 500 Horses and Where I Can From. Combined, the songs have been played well over two million times- a telling sign of his rising fame.

Finally as promised, the Boston rapper came out with his second mixtape, Monda on July 14, 2016. Produced by the likes of M. Ali, Lil Rich, Tee WaTT and Dumdrumz, it boasted fourteen titles including Ask That, Reup and Bake, Down Like That, Wanted to Live, Gain Green, Ask That, You Won’t Understand, and Screwed up, among others; it also included a feature from fellow artist, Larry June. An overall success, the project has since received tens of thousands of plays.

Making his post-Monda return, the emcee released a new song entitled, Living Like Khaled on August 30, 2016. Featuring a bouncy yet capricious beat, the lyrics revolve around his yearning for a better life, while celebrating the one that he has. His last track in of 2016, it garnered similar success as his earlier endeavours on Soundcloud.

After taking a short hiatus, Cousin Stizz emerged with the single, Headlock on April 13, 2017. Premiered on Beats 1 radio, its superb production was handled by the OVO-affiliated, Vinylz. Featuring Offset from Migos, the track is taken from his third mixtape, One Night Only.

Since then, the Boston native has gifted fans with two additional tracks, Jo Bros and Neimans Barneys (Feat. G-Eazy), both of which were released this May. Combined, they have amassed over 300,000 views on his official Soundcloud account.

Over the past couple of years, Cousin Stizz has also made a few guest appearances in the works of other artists. For instance, he was featured in StupidGenius’ Ocean Drive in 2015, in Rob $tone’s Chill Bill (Remix) in 2016, and in Kyle’s Want Me Bad in 2017.

Obviously, Cousin Stizz has his mixtape and singles to thank for his growing popularity and wealth. Aside from what he’s earned from his records however, he has also banked a fair amount from putting on live shows. From 2015 until now, the Boston rapper has hit the stage over two dozen times across the US- from El Paso to Philadelphia. In fact, just a few days ago, he performed at the 2017 Boston Calling at Mumford & Sons’.

As far as other alternative streams of revenue goes, he also presumably earns a fair amount from ad revenue- more specifically, through his Youtube and Soundcloud accounts. While we don’t know the exact numerical amount, we speculate that it’s well in the thousands (e.g. the average pay on Youtube works out to be $2 to $5 per 1000 monetized video views).

Currently, he’s estimated to have a net worth of $80,000. Sure, that may seem a little “low” now for a recording artist, but we have no doubts that it will increase in the near future as his popularity continues to soar.

No, the 23-year-old rapper is not married. In fact, it’s unclear whether or not he is currently dating at the moment as he keeps his personal life relatively private.

Does Cousin Stizz Have Any Children?

No, Cousin Stizz does not have any children that we know of.

Where Did Cousin Stizz Get His Name From?

According to a recent interview, the second half of his stage name- “Stizz”, was given to him by his late brother when he was around elven years old. As for “Cousin”, it’s a reference to how he used to be “cool with everybody; before he knew it, kids from the neighbourhood had stated that “[he’s] like everybody’s cousin”. From there, he used it as his Twitter username, and it became official

Did Cousin Stizz Go to College?

No, the Boston artist did not go to college. In fact, he didn’t have a plan past his high school graduation; it wasn’t until later on that he decided to ride on a music career.

While we know that he resides in Boston, no further information regarding his living residence has been revealed to the public. We therefore do not have any pictures of his home to share at the time.

What Kind of Car Does Cousin Stizz Drive?

We currently do not have any information regarding the type of vehicle he drives.

Cousin Stizz seems to be doing fairly well for himself- within just two years, he has released over a dozen singles, most of which were met with praise. Altogether, his musical releases have been played millions of times online.

Just recently this May, Cousin Stizz wrapped up his US concert tour in Santa Ana, California, which kicked off in late March of this year. From the looks of it, the rapper will be taking a break from live shows, as he doesn’t have anything scheduled for the rest of the year.

As far as musical releases go, the last time we checked, he was working on dishing out his third mixtape, One Night Only. Despite its original release date of May 12, 2017 however, it seems like there has been a bit of a delay as it is still unreleased to this day.