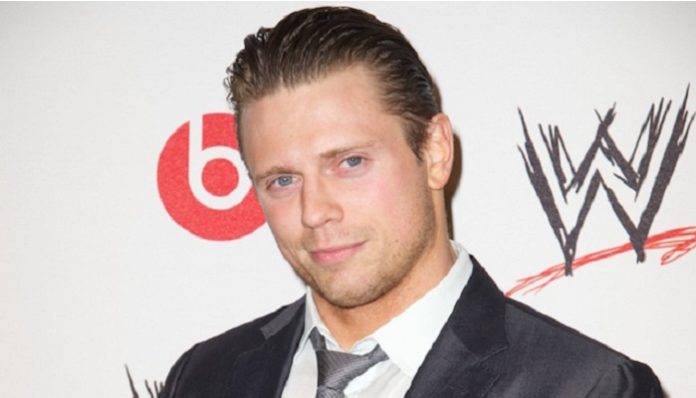 Michael Gregory Mizanin is best known as being a reality television personality, an actor, and a professional wrestler. He performs under the stage name The Miz. Let’s take a look at how he made his fortune and continues to grow it.

How Did The Miz Make His Money and Wealth?

Michael is an Ohio native as he was both born in Parma, Ohio. While growing up he went to Normandy High School. While attending the high school he was selected to be the captain of both the basketball team and the cross country team. During his childhood, his athletic prowess also lead him to participate in swimming, but surprisingly he was not a member of his high school’s wrestling team.  Perhaps the time he would have spent wrestling he choose to use academic activities, as The Miz was also active in his high school’s student government. Those extra curricular activities and solid grades led him to Miami University. While attending the university he studied business and was a member of the fraternity Theta Chi.

Michael’s career started in 2001 when he left college to pursue appearing on an MTV reality show titled “The Real World.” As a result of his stint on The Real World, he appeared on several MTV spin-offs of the reality TV show. He appeared on Battle of the Seasons, The Inferno, Battle of the Sexes, and several other spin-offs. He managed to make it to the very end in all of the challenge spin-offs that he competed in and managed to win the Battle of the Seasons and Inferno competitions. In 2004, he appeared on another reality show titled “Battle of the Network Reality Stars” which aired on Bravo. The show debuted in 2006 and had one season consisting of six episodes. Michael’s team went on to finish second in the competition.  In 2012, Michael returned to reality television appearing on The Battle of the Exes as a host for both the season finale and the reunion special that aired after the season had completed. His appearance on the special was an important one as it was the first time he had appeared on reality television since being a WWE star. In 2013, he went on to star in a movie titled “Christmas Bounty.”  The movie was produced by WWE Studios and premiered on  ABC Family on November 26, 2013.

In October of 2004, He went appeared on “Tough Enough.” Tough Enough was a reality show that’s grand prize was a WWE contract and a million dollars. He made it to the finals but lost to another competitor.  Even though he lost the competition, The Miz gained attention from the WWE and in turn was offered a contract.

In July of 2005, he completed his first matches for WWE. These matches were Dark matches in which he teamed up with Matt Cappotelli to complete. He won both of the matches and continued working with Matt Cappotelli until tragedy struck and Cappotelli was diagnosed with serious brain tumor. In 2006, The Miz was transferred to Ohio Valley Wrestling. He made his debut in January of 2006 as “The Miz.” In January of the same year, he completed his first singles match for Ohio Valley Wrestling in which he lost.

In March of 2006, it was revealed via the WWE website that The Miz would be joining “Smackdown!”, but due to his storyline at the time he did not officially join the cast until June when it was revealed that he would be the host of the show.  He hosted the show for several weeks with some of his hosting abilities being that he would judge bikini contest and give backstage interviews. In July of the same year, he became a co-host for the Diva Search competition that appeared on both wrestling networks.

In 2009, he was drafted to the WWE. He then went on to become a superstar for the brand creating several feuds amongst cast members. One of the most notable feuds would be the one between The Miz and MVP. This lead to a very intense talk between the two on national television it also leads to a huge spike in views in the upcoming weeks as people tuned in to see what was happening regarding the feud.  After his feud, he went on to win a very prestigious match that WWE has which in turn lead to him winning another contract with the company.

As of this writing, The Miz is an Intercontinental champion and has been signed to the RAW brand. He has continued to win several matches as well since being signed to his newest employer.

The Miz Personal Life and FAQ

Is The Miz Married? 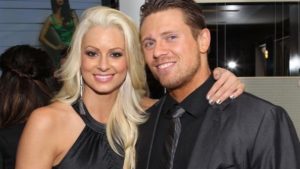 Yes! The Miz has been happily married since 2014. He is married to Maryse Ouellet, another professional wrestler. Maryse is a two-time winner of the WWE Divas Championship, and a television star on the reality series Total Divas.  She also uses her knowledge of wrestling and degree in business administration to be her husbands manager.

Does The Miz Have Children?

He does not have children as of the time of this writing, but he has openly spoken about wanting children in several different interviews.

Where Did The Miz attend college?

He attended college at Miami University and studied business, but ultimately dropped out to pursue filming of the real world. To him, the decision provided a wide variety of opportunities.

How Much Did The Miz Earn in the last year?

In the last year, it is reported that The Miz reportedly earned $1.2 million dollars in 2016 alone, due to his several different projects such as the movies that he stars in and his professional wrestling career.

What does type of car does the Miz Drive? 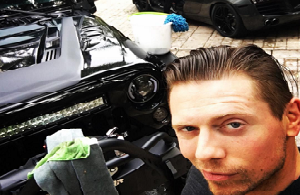 The Miz and his wife, Maryse, have been seen driving their tricked out Wangler Unlimited with a high gloss black exterior and after market light bar.  Though the car has a meager 16 miles per gallon in the city, it makes up for it with a powerful 285 horsepower engine that can over 3,500 pounds.  The Miz’s model starts at $42,000, and that’s without his cosmetic additions.

When Did we first learn about The Miz?

We first learned of The Miz when Michael Mizanin appeared on a spin-off of the real world. He displayed his alter-ego The Miz in a very animated way. Instead of being his normal, even-tempered self he was very angry and wanted to fight any and everyone. He later revealed that this was a stunt to start his professional wrestling career.

Does The Miz have any upcoming projects?

Yes! He was recently signed to Raw and will star in a movie titled “Marine 5: Battleground” that is set to be released in 2017. The Miz is also set to perform several in-ring competitions this year alone on both “Superstar Shake up” and Raw.