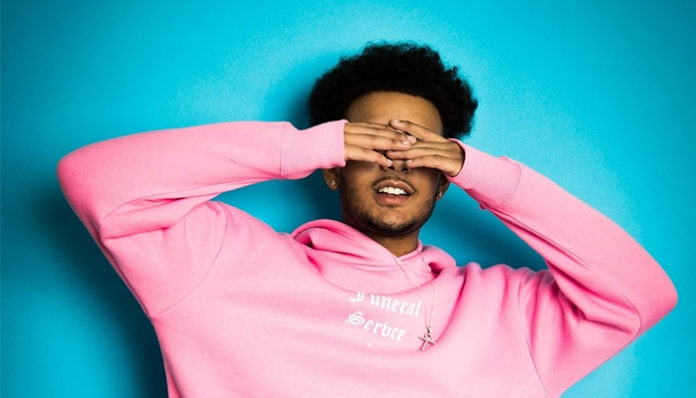 Miami-based recording artist Smokepurpp has been involved in the rap scene ever since the mid 2010’s. Growing up in Miami-Dade County, he listened to the likes of Lil Wayne, Chief Kerf, and Gucci as a teen. By the time he was eighteen, he had penned and recorded his own beats, which he uploaded onto Soundcloud.

However, it wasn’t until he dropped a couple of videos in the summer of 2016- Ski Mask and WOKHARDT that he first started to gain traction in the music circuit. With its booming production, he quickly racked up thousands of plays online within a matter of days.

Since then, Smokepurpp has released several other hit titles including Ski Mask, Wokhardt, That’s My Energy, How That Make You Feel and Up Now Fuck Next. Let’s also not forget the fact that he recently signed with Alamo Records. The last time we checked, he was getting ready to release a mixtape sometime this year.

Currently, it is estimated that the 19-year-old has a net worth of $1.1 million. How did he earn this kind of money in so little time? What are his sources of income? Let’s take a look at the answer to that, as well as how his life and career has played on in the recent years.

How did Smokepurpp Make His Money & Wealth? 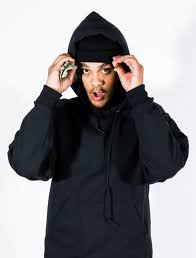 Born on May 15, 1997, Smokepurpp (Real Name: Omar Pineiro) spent his youth in the Miami-Dade County in Southern Florida. Like many teens his age, he frequently listened to rap music; he was particularly fond of the works of Lil Wayne, Chief Kerf, and Gucci during middle school. By the time he was a high school student, he was writing his own rhymes and free styling; during that time, he also befriended Lil Pump (in fact, it was Smokepurpp who had first encouraged him to get into rap).

At the age of eighteen, the aspiring artist started to post his own recordings onto Soundcloud. Having said that, it wasn’t until 2016 that he first started to gain traction with the release of his two videos, Ski Mask and WOKHARDT. With its booming production, they quickly captured the attention of thousands online. To date, the music video for Ski Mask has been viewed over 2.1 million times while that for WOKHARDT has garnered close to 1 million views.

On March 1, 2016, Smokepurpp dropped a new track entitled, JOHNNY!. Produced by himself, it featured the vocals of Lil Pump, one of his long time buddies. A solid addition to his growing catalogue, it garnered many praises from fans. Since it was first uploaded onto his Soundcloud account, it has been played over 3.8 million times- that’s over 10,000 streams per day!

That same month, the Miami rapper also released the single, 25/8. Produced by 30 Grand, it proved to be another big hit- having received thousands of plays within the first day after being made available online. To date, the track has received over 40,000 likes and has been played over 2.3 million times on Soundcloud.

Later that summer, Smokepurpp teamed up with Lil Pump to release the song, Kilo on June 15, 2016. Featuring the production of Ron-NyJli$tenup, the collaborative effort quickly racked up hundreds of thousands of plays on the music-streaming website. Effectively bolstering his career, Kilo has received 3.11 million plays and close to 60,000 likes to date on RonnyJ’s Soundcloud page.

Firing off another track, he released his next title, 6 Rings on August 22, 2016. Hosted by Hoodrich aka Danny Wolf, it featured the production of Vince97. Extremely well received among his fanbase, the track quickly became his most popular hit at the time. Within a year’s time, it has received over 4 million plays and has been reposted close to 10,000 times online.

By the end of 2016, Smokepurpp had created quite a name for himself in the rap scene. Continuing to put out new beats, he later released the single, Houndini on March 3, 2017. A collaboration with fellow rapper Madeintyo, its production was handled by BigHead and Gnealz. Released via Soundcloud after his announcement on Twitter received 4,100 retweets, the track featured a number of heavy drug references.

On March 14, 2017 the Miami rapper dropped his next beat, Whoa as a digital download. Although it didn’t garner nearly as many plays compared to his earlier works, it received mostly praises from his fans. Within four months, Whoa has been streamed over 8,000 times on his official Soundcloud account.

Before the end of the month, he released Glock in my Benz on March 31, 2017. A Southern Hip Hop track, it was produced by Atlanta record producer, TM88. A showcase of his melodic abilities, it is noted for its heavy use of auto-tune, in contrast to his usual delivery. So far, the song has been streamed over 4,500 times on Hotnewhiphop.com- not too shabby for a song that’s only been out for two months.

On May 17, 2017, his next project entitled, Audi was made available online. A track from his upcoming debut mixtape, it features both sonic flourishes and distorted bass sounds. If anything, the single is a showcase of what he has built for himself thus far and his ambitions for the future. Produced by his longtime collaborator Ronny J, it has quickly racked up over 2 million streams on his Soundcloud account.

His latest single entitled, Different Color Molly was released on May 23, 2017. According to the rapper himself, he had cranked out the record within an hour after Slight had sent him the beat. From its release date until now (e.g. less than a week), the song has managed to pull in close to 700,000 plays via Soundcloud. If the comments left by fans are of any indication, we’d say that SmokePurpp is going places with these new releases of his.

Naturally, his catalogue of beats has earned him a significant portion of his fortune. On Soundcloud alone, SmokePurpp is able to monetize his tracks by displaying advertised content in between his streams. While we don’t know the details regarding said earnings, it’s most likely a worthwhile amount seeing as how most of his videos have been played over a million times. Currently his Soundcloud account has over 183,000 followers.

Similarly, his official Youtube channel also yields him a considerable amount from Google’s partnership program. On average, an individual is able to make upwards of a few dollars per 1000 monetized views; given that his account has accumulated over 3 million lifetime views, this works out to be earnings of at least $6,000. As of May 2017, the artist has over 21,000 subscribers on Youtube.

On top of what he receives online, a large part of his wealth stem from what he makes from his live concerts. As it is, he would charge a booking fee (e.g. a few tens of thousands is our guess) for each appearance/performance. In 2016 alone, the 19-year-old rapper held close to 20 different shows across the country from Austin, Texas to Los Angeles.

As for this year, he has already hit the stage over half a dozen times in 2017- the first show having taken place at The Portage Theatre in Chicago, Illinois. Looking at his schedule, SmokePurpp is currently scheduled to perform at the Providence Medical Center Amphitheater in Bonner Springs, Kansas on July 22, 2017. Be sure to grab your tickets if that tickles your fancy.

Currently, it’s approximated that Smokepurpp has a net with of $1.1 million. Seeing as how he recently signed a recording deal with Alamo Records and is working on his first mixtape, we’d like to believe that his fortune will increase by the end of 2017. In a recent interview, the rapper also expressed an interest in television- will he be appearing on the small screen sometime in the future?

When asked what his goal in hip hop was, Smokepurpp replied by stating that he is not only a rapper- that he is also an entertainer. Of course, scoring a number one hit is among one of his targets, but from the looks of it, he has greater plans for himself- “[he] wants to do everything- commercials, design, endorsements, etc.”

No, the Miami rapper is not married. In fact, it’s currently unknown whether or not the 19-year-old is seeing someone on the dating scene.

We’ll update you as soon as we hear something more concrete regarding his relationship status.

Does Smokepurpp Have Any Children?

No, from what we know, Smokepurpp does not have any children (which isn’t all too surprising considering he’s only nineteen years old).

Did Smokepurpp Go to College?

No, SmokePurpp has not gone to college. In fact, it has been revealed that he had dropped out of high school during his senior year. This was referenced in the lyrics of his track, Ignorant, which also featured Lil Pump.

Where Did Smokepurpp Get His Name From?

The rapper has not yet revealed the origins behind his current stage name Smokepurpp. In addition to that, he is sometimes also referred to as “Lil Purpp”.

Where Does Smokepurpp Live? Pictures of Smokepurpp’s House

Unfortunately, we do not have any details to share about Smokepurpp’s house at this time- all we know is that he currently resides in Miami, Florida. Since his debut, the rapper has been relatively tight lipped about his personal life.

What Kind of Car Does Smokepurpp Drive?

We do not have information regarding his vehicle at this time.

In just a year’s time, the Florida rapper has released a mixtape and eleven singles, all of which contributed to his fast-growing fame. Not only has he added a number of impressive beats to his catalogue, but Smokepurpp has also had the chance to work with other artists such as Wifisfuneral, Richysamo, Riff Raff, MadeinTyo, Skippa da Flippa, and Lil Pump.

Continuing to gain momentum, Smokepurpp recently delivered a new track entitled, Different Color Molly on May 24, 2017. Within just a few days of its release, it has been played over 764,000 times on Soundcloud.

Of course, since he signed the deal with Todd Moscowitz’s Alamo Records imprint earlier this year, he’s also been working on his highly anticipated debut mixtape, DEADSTAR. As fans waited patiently for its release, Smokepurpp unveiled the mixtape’s official trailer this past May via Twitter.

For more information, be sure to follow the 19-year-old on social media- you can find the emcee on Twitter or Soundcloud at @smokepurpp.