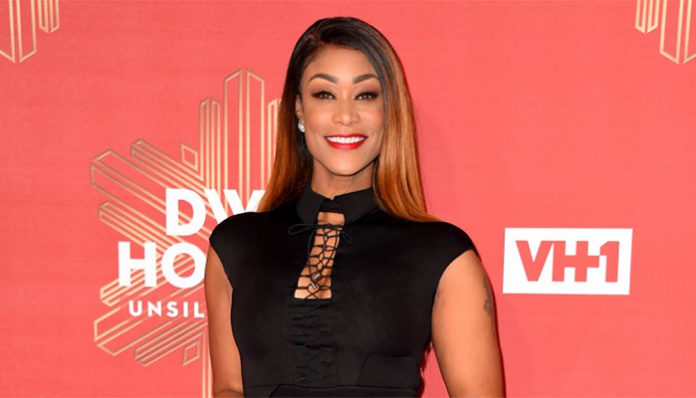 American actress Tami Roman first gained fame on the MTV reality series, The Real World: Los Angeles in the early 90’s. Hailing from New York, she was cast in the hit show at the age of twenty three. From there, she garnered attention for being one of the first individuals to have an abortion on television.

Throughout her twenties, Roman appeared in a number of TV series including The Real World Reunion (1996), Lauren Hutton and… (1996), and The Real World You Never Saw (1997). As the new millennium arrived, her presence received another boost after she was made one of the dealers in the game show, Card Shark (2001).

Since then, she has taken part in several shows such as The Steve Harvey Show (2001), One on One (2003), Half & Half (2004), and Moonlight (2008). In 2010, Roman received a huge break after landing a gig with the popular VH1 reality series, Basketball Wives. One of the greatest highlights of her career, it ultimately propelled her once again, to celebrity status.

According to various online sources, Tami Roman currently has an estimated net worth of $650,000. Where does her money come from? How many sources of income does she have? We’ll be discussing the answers to that below.

How did Tami Roman Make Her Money & Wealth? 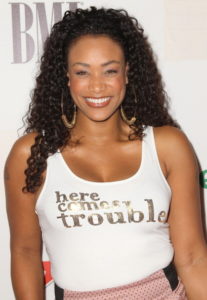 Born on April 17, 1970 in New York, Tami Roman grew up in the City of White Plains. Raised in a single-parent household, her mother worked three separate jobs to support the family; because of this, Roman was often alone as a child. It wasn’t until her mother married Ali Akbar, that she was taught the value of strong family values and higher education. Unfortunately, he was later unfaithful to her mother, which was enough reason for her to divorce him.

The sudden separation came as a shock to Roman, as she had associated Akbar with unconditional love. Over the next few years, her and her mother grew extremely close- many even commented that they’d appeared to be more like sisters. From there, their lives eventually reached an all time low after her mother was terminated from her job, an event that led them to have to live on the streets for six months.

With a lack of funds, Roman wasn’t even able to participate in her high school prom. Unable to afford her cap and gown, she almost didn’t even take part in her own graduation ceremony.

After making her way through high school, Roman- an achiever, went on to pursue higher education at Howard University. Following her college studies, she began working as an AIDS care specialist. Having said that, her true passion had always laid in music- a talented singer, she was a member of an all-girl quartet called Reality.

In 1993, the New Yorker received a big break after landing a role in the hit reality series, The Real World: Los Angeles. The brainchild of Jonathan Murray and Mary-Ellis Bunim, it followed the lives of a group of strangers, who come to live together in front of the cameras. Premiered that summer, it marked Roman’s official television debut.

One of the main cast members, she was joined by Dominic Griffin, Jon Brennan, Aaron Behle, Irene Berrera, Beth Stolarczyk, and Beth Anthony. Documenting 22 weeks of interactions, the MTV series garnered Roman, a newcomer to television, much exposure at the time. After a 21-episode run, The Real World: Los Angeles came to an end in November 1993.

From that point onwards, Roman started to get more involved with TV series. Some of the titles that she took part in during that time include The Drew Carey Show (2002), Sabrina The Teenage Witch (2003), One on One (2003), Half & Half (2004), and Earthquake (2004). After playing a number of minor characters, she scored a recurring part in the fantasy series, Moonlight in 2007.

In 2010, she received a big break after being chosen to star in the VH1 reality series, Basketball Wives. Created by Shaunie O’Neal, it followed the lives of a group of women, who are romantically linked to NBA basketball stars. After debuting in the second season, she stayed on the show the entire time until the end of season five, before returning in the revived series in 2017. According to reports, she was paid upwards of $500,000 per season.

Since then, Roman has also appeared in the reality shows Marriage Boot Camp: Reality Stars (2015), and Basketball Wives LA (2015).

But that’s not all, Roman has also picked up a few business ventures along the way. In 2011, she launched her own line of hair products called Curls By Roman in partnership with Crème de -la Crème Hair. In 2013, she also created a line of cosmetics called “TR Love Cosmetics” which includes a collection of lip gloss and nail polishes.

While she isn’t married, she is currently engaged to her boyfriend of many years, Reggie Youngblood. In the past, she was married to NBA basketball star, Kenny Anderson.

Does Tami Roman Have Any Children?

Yes, the television star is the mother of two- she has two daughters named Jazz and Lyric. Recently last year, Roman was also pregnant with her third child; tragically, she ultimately ended up miscarrying during the tenth week.

Did Tami Roman Go to College?

Despite the difficulties that she’d faced early in her life, Roman successfully went to college (Howard College) after graduating from high school.

Where Does Tami Roman Live? Pictures of Tami Roman’s House

Unfortunately, we do not have any information on her house at this time. Having said that, we do know that she currently resides in Los Angeles, California.

How Much Did Tami Roman Make Last Year?

This year, Roman’s been busy with a few projects- for instance, she’ll be co-starring in a drama film called, Just Within Reach (2017) sometime later this year. In addition to that, she’ll also be appearing in the mini-series, District (2017), and in the TV movie, When Love Kills: The Falicia Blakely Story (2017)

Currently, the actress is filming for a comedy film titled, Prison Logic, which will presumably come out in 2018.