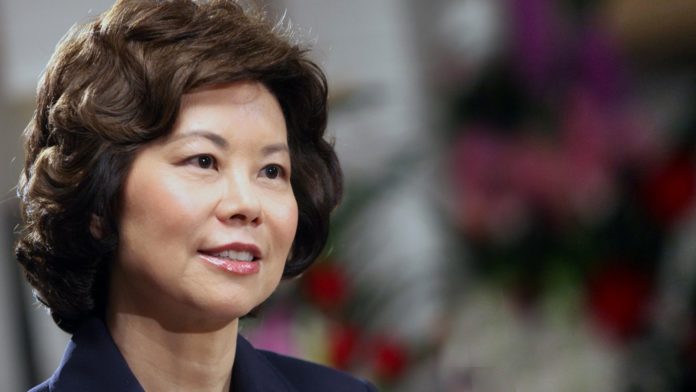 Elaine Chao is no stranger to the world of politics. She served as a member of President George W. Bush’s cabinet during his administration, and she was also recently chosen by Donald Trump to serve as his Secretary of Transportation. Chao has been in politics for a long time, but has she been able to make any money in this line of work? In this article, I plan on answering that question. I’ll talk a little bit about Elaine Chao’s journey to prominence in the political world, while also making sure to talk about how much money she has been able to make through all of her public service. Without further ado, let’s see if we can’t learn a little bit more about our Secretary of Transportation.

How did Elaine Chao make her money and wealth?

Elaine Chao was born in Taipei, Taiwan in March of 1953. Her mother was a historian and her father was a mariner. Both of them were Chinese, but they fled to Taiwan during the Chinese Civil War. At a very young age, Elaine and her family moved to the United States. She spent most of her life in the New England area, since her father ran a successful shipping company out of New York City. After Chao graduated from Syosset High School in New York, she went on to attend Mount Holyoke College, where she studied economics. She graduated with a bachelor of arts in the subject in 1975. After that, she attended graduate school at Harvard Business School in order to receive an MBA. At both Mount Holyoke and Harvard, Chao wasn’t content to just do her classwork and go home. She was an active member of Harvard’s finance club, financial accounting club, and international business club. 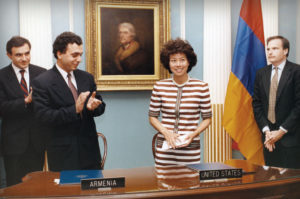 Believe it or not, Chao didn’t jump right into politics once she was done with school. For a while, she served as Vice President for syndications at Bank of American’s Capital Markets Group in San Francisco. She also worked as a banker for Citicorp in New York. Needless to say, finances and numbers were her specialty. Elaine kicked off her foray in politics in 1983, when she was granted a White House Fellowship. This was during the Reagan Administration. A few years after that, she became a deputy administrator with the Maritime Administration, which is a part of the U.S. Department of Transportation. She was actually the chairwoman of the Federal Maritime Commission from 1988 to 1989, and President George H. W. Bush nominated her to be the Deputy Secretary of Transportation during this time. Elaine worked in that role from 1989 to 1991.

Once that gig was over, she became the director of the Peace Corps, helping them expand their influence into Eastern Europe and Central Asia. For a period of time after that, she worked as the president and CEO of United Way of America, the non-profit organization. This was a dark time for the organization, and she really helped to restore its reputation following a couple of different scandals. In 2001, she was chosen to serve in President George W. Bush’s administration as Secretary of Labor. During her eight years in the administration, she got a whole lot done. She was able to reduce the workplace fatality rate, decrease the workplace injury and illness rate, and she also showed extreme competence in managing the department’s budget. This is where her experience in finance really reared its head. 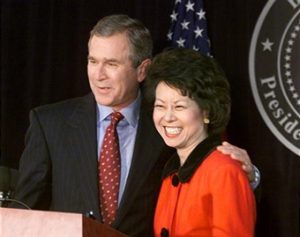 She also helped to put into place new laws that would help to prevent embezzlement and mismanagement in labor unions. She helped to revise overtime regulations in white-collar settings. She did work in mining regulation to ensure that work in that sector was as safe as it could possibly be. Interestingly enough, as the Secretary of Labor, Elaine was the only member of George W. Bush’s administration to remain in her position for all eight of his years in office. When she was done with her work with the Bush Administration, she continued her work in the private sector. She served as a director on boards for many different organizations, including Dole Food Company, the Harvard Kennedy School of Government, Well Fargo, and Protective Life Corporation.

Although Chao wasn’t in public office, she still made her political views very known. During this time, she spoke publicly about the importance of improving relations between the United States and China. She has also used her relative prominence in politics and business in hopes of inspiring young Asian Americans to do something significant with their lives. In 2015, Elaine made a statement when she resigned from the board of Bloomberg Philanthropies. This was because the board was making the decision to drastically increase support for the Beyond Coal movement, which is an environmental group seeking to promote renewable energy sources. Following his election, Donald Trump nominated Chao to serve as his Secretary of Transportation, probably because of her extensive experience in public office during the two other administrations that I mentioned. She was confirmed by the Senate by an overwhelming majority earlier this year.

During the early 1990’s, Elaine Chao married Mitch McConnell. If you recognize his name, that’s because now he is the Senate Majority Leader of Kentucky. They obviously met through politics, and they’re known to be very supportive of each other’s careers.

In 2016, Elaine Chao was involved with a lot of different businesses. It has been conservatively estimated that, back then, she was making around $1.5 million per year. However, as the Secretary of Transportation, she makes $199,700 per year exactly. That may seem like a major demotion, but the honor of public service is often payment in itself.

How much does Elaine Chao make per day?

Chao came from relatively humble beginnings, so I guess it isn’t much of a surprise that she would have a charitable heart. In 2012, her family donated $40 million to her alma mater, Harvard Business School, to be put towards scholarships for Chinese students. This money also went toward the Ruth Mulan Chu Chao Center, a building that would be named after Elaine’s mother. Chao is very proud of her ancestry and she is very open about her admiration toward her family.