Ivete Sangalo Net Worth 2018 – How Wealthy is She Now? 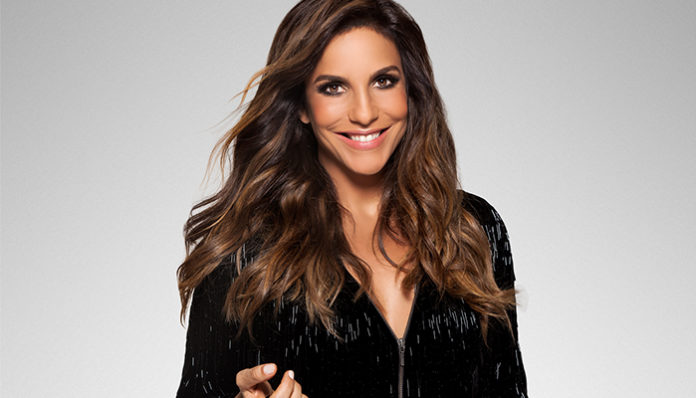 One of the most popular singers in Brazil, Ivete Sangalo first made herself known as a solo artist with her self-titled debut album in 1999. Born and raised in the city of Juazeiro, she’s been singing for almost her entire life; in the early 90’s, she was the lead singer of the female band, Banda Eva. The winner of numerous industry awards, the charismatic singer is perhaps best known for her powerful vocals.

Since the launch of her solo career, Sangalo has released eight full length albums, three live albums, and over a dozen singles including the hits, Back at One, Chorando Se For, Nad Precisa Mudar, and Agora Eu Ja Sei. During her time with Banda Eva in the 90’s, she’s also contributed to six studio albums. Extremely popular with a devoted fanbase, she has sold well over 16 million records in her native Brazil.

Currently, it is estimated that she has a net worth of $100 million. Curious about her different streams of revenue and income? Let’s take a look.

How did Ivete Sangalo Make Her Money & Wealth? 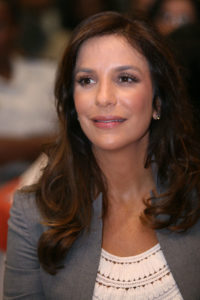 Born on May 27, 1972 in Bahia, Brazil, Ivete Sangalo spent the entirety of her childhood in the city of Juazeiro. Of Spanish descent, she started to sing at an early age; by the time she was in grade school, she had performed at numerous local events. Following her high school graduation in the early 90’s, she began singing at a number of bars.

From there, Sangalo’s rising popularity led her to sign with Sony Music in 1992. The following year, Sony decided to reform the all-female group, Axe, with the new name, Banda Eva; Sangalo was subsequently chosen to be their lead vocalist. Throughout the 90’s, they released a total of six albums together, the most popular being that of Banda Eva Ao Vivo, which sold more than a million copies.

Following the new millennium, Sangalo followed up with her second studio album entitled, Beat Beleza. Made available on September 10, 2000, some of the titles from the project included Fanta Saudade, A Lua Q Eu T Dei, Quer que Eu Va, Romance Muito Loco, and Balanco Black, the last of which featured Gilberto Gill. Although it didn’t surpass her previous release, it did go on to sell roughly 300,000 copies in Brazil.

On December 5, 2001, the singer released her most successful album at the time, Festa. Similar to her earlier efforts, in that it was a mix of pop and dance music, it came with fourteen tracks, including Back at One, which featured American R&B singer, Brian McKnight. Met with critical acclaim, it eventually earned 2x platinum certification after selling over 500,000 copies. By the end of 2002, the album had spawned three singles, Festa, Penso, and Astral.

On August 5, 2005, the Brazilian artist hit it big with her fifth album, As Super Novas. Not only did it sell close to quadruple that of her earlier albums, but it also reached number 20 on the record charts in Portugal. Some of the songs that it featured included Zum Zum e, Soy Ioco por ti, America, Mega Beijo, and Pro Sempre Ter Voce. To date, the 12-track album has sold over 700,000 copies in Brazil, a feat that earned it diamond accreditation.

On June 6, 2009, Sangalo released her next studio album, Pose Entrar: Multishow Registro. One of her most successful releases to date, it eventually charted at number four on the Portugal record charts. Given rave reviews from fans and critics, it eventually went on to become her second platinum certified album in Brazil.

Throughout the 2000’s, the Brazilian star also seven compilation albums, a few of which reached respective spots on the music charts. But that’s not all, the singer has also come out with a handful of video albums, including MTV Ao Vivo – Ivete Sangalo, which has since received 5x Diamond certification in Brazil.

On top of her solo releases, Sangalo has worked with a number of other artists throughout her career including Roupa Nova, Margareth Menezes & Daniela Mercury, Ketama, Xuxa, Roberto Carlos, and Nentinho, to name a few. Some of her most popular collaborative works include Loucuras de uma Paixao, Como E Grande O Men Amor Por Voce, Hey!, Leva, and Chevete de Menina.

As it is with music artists, she also earns a hefty amount for hitting the stage. Since her debut, she’s put on countless shows across the world; of course, Sangalo would have received a nice booking fee for each of these events. For instance in 2015, she performed at six different cities from Guimarais, Portugal, to Las Vegas, Nevada.

According to her schedule, she has a few dates planned for later this year in Portugal, the United Kingdom, and Brazil. Tickets are still available as of June 2017, so be sure to grab your tickets if you want to be at the event!

A multi-talented artist, Sangalo has also made a name for herself in the film and television industry. After making her big screen debut in Simao, o Fantasia Trapalhao (1998), she co-starred in the movie, Xuxa Gemeas in 2006. Since then, she has also lent her voice to the animated films, Planes (2013), and Smurfs: The Lost Village (2017).

Considering her celebrity status in Brazil, it’s not surprising to know that she’s also been made the spokesperson of numerous brands over the last few years. Some of the companies that she’s collaborated with in the past include Nova Schin, Philips, TAM Airplines, Chevrolet, Arisco, Sagres Beer, and Colorama Nail Polish, to name a few.

For her Brazilian fans, she even has her own clothing line, which is accessible online. From the looks of it, the store sells everything from t-shirts to mugs to cushions.

Currently, it is estimated that Ivete Sangalo has a net worth of $100 million. Considering everything that we’ve discussed above, there’s no doubt that she has earned most of her fortune through her record sales in Brazil. Obviously, her other endeavours such as her live shows, and film appearances, have also played a part in supplementing her wealth, however to a much lesser degree.

One of the most prominent female stars in Brazil, we do not foresee her fortune decreasing anytime soon. If anything, it’ll only continue to go way, way up.

Yes, the Brazilian star is currently married to nutritionist, Daniel Lady; the pair allegedly tied the knot after dating for two years.

Some of other individuals that she’s been romantically linked with in the past include Marcus Braga, Andrija Bikic, Felipe Simao, Luciano Huck, and Marcelo Valente.

Does Ivete Sangalo Have Any Children?

Yes, Ivete Sangalo has a son named Marcelo (b. 2009) with her husband, Daniel Lady.

Did Ivete Sangalo Go to College?

Yes, Sangalo did go to college. After graduating form high school, she studied business at a local university. During that time, she allegedly worked in sales to support herself financially.

Surprisingly, we do not know too much about Sangalo’s residence in Brazil. With her wealth however, she would obviously be able to afford a luxurious home for herself and her family.

We do not have any pictures of Sangalo’s house to share at this time.

What Kind of Car Does Ivete Sangalo Drive?

One of the best selling artists in Brazil, Ivete Sangalo-otherwise known as the Queen of Axé, has sold over 15,000,000 million records across Latin America. Some of her best-selling albums include Festa (2002), As Super Novas (2005), Ponde Entrar: Multishow Registro (2009), MTV Ao Vivo – Ivete Sangalo (2004), and Multishow ao Vivo: Ivete no Maracana.

Additionally, she’s also received 12 Multishow Awards, 5 Trofeu Imprensa, and 11 Melhores do Ano. Outside of music, she’s also appeared in a number of television series and films over the years such as Xuxa Gemeas (2006), and As Brasileiras (2012).

This past February, she was also among the celebrities present at the annual Rio de Janeiro Carnival at Sambodromo, Janeiro. Following the event, Sangalo made her first appearance on the Billboard Social 50 chart, at number fourteen.

On Billboard’s website, she was also voted as the Carnival Queen, on a fan-voted poll. According to reports, she had come in first place after scoring 483,800 votes; in second place was pop star Claudia Leitte, who received 473,400 votes.

On the big screen, the singer also recently lent her voice to Smurf-Magnolia in the Brazilian version of the popular animated film, Smurfs: The Lost Village.