Kian Lawley Net Worth 2018 – How Much He Makes From Youtube 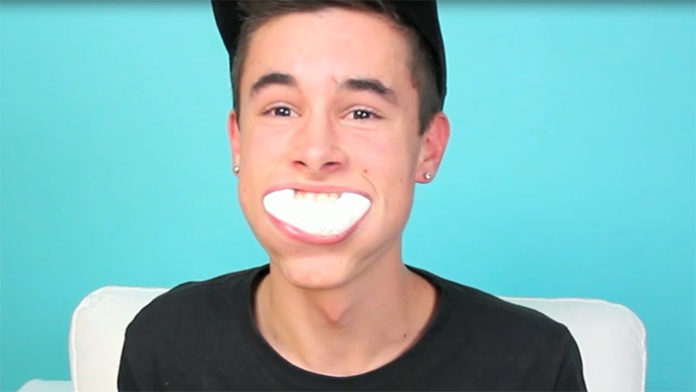 Social media personality Kian Lawley has taken Youtube by storm ever since he joined the site in 2010. Hailing from Iowa, he first got involved with video-making in his mid teens, during which he launched his channel with his close friend, Sam Pottorff.

As his presence on the site grew, Lawley eventually joined a crew called Our2ndLife, which ultimately helped to bolster his Youtube career. After collaborating with the group for a few years, she started a secondary channel with his roommate JC Caylen.

Known for his comedic skits and challenge videos, he has since accumulated over three million followers on his primary channel alone- a figure that continues to rise to this day.

At just twenty one years of age, it’s estimated that he’s earned himself a fortune of $2 million. How did he go about banking such an impressive amount? Let’s take a look at his different streams of revenue.

How did Kian Lawley Make His Money & Wealth? 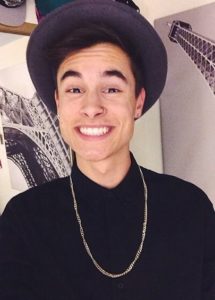 Born on September 2, 1995 in Sioux City, Iowa, Kian Lawley and his family moved to San Clemente, California, when he was just a few years old. Following his parents divorce, he and his siblings stayed behind to live with their mother. Growing up, it’s said that he was a lonely child, who did not have too many friends. Quite rebellious at school, Lawley was often distracted from his studies, which led him to get poor grades.

Fortunately, things eventually got better after he got into high school. At the age of fifteen, he created Youtube channel after being urged to do so by his best friend, Sam Pottorff. Deciding to focus on comedy, Lawley began uploading various skits and comedic videos onto his page. Despite a slow start, his talents eventually drew in thousands of views. By July 2011- a little over a year after the launch of his page, he had amassed over 10,000 subscribers.

In December 2012, he joined Our2ndLife, a collaborative Youtube channel launched the previous August. Prior to officially joining the crew, Lawley had been a regular guest on their Surprise Sunday segment; after he joined, the segment also came to an end.

The way the group worked, was that each boy posted a video onto the channel on a specific day; for instance, Mondays featured Connor Fanta, while Tuesdays featured Ricky Dillon- as for Lawley, he was in charge of taking care of Saturdays. Ultimately, it was thanks to Our2ndLife that his online popularity increased as fast as it did.

After two years of collaborating with the other boys, during which his presence grew immensely, it was announced that Our2ndLife would be coming to an end in December 2014. Prior to breaking up, each of the boys posted a Goodbye video; Lawley’s goodbye, posted on January 3, 2015, ended up being the final video posted onto the channel. By then, they had already amassed over 3 million subscribers.

Following that chapter of his Youtube career, Lawley created a new channel called KianAndJc with his roommate, Jc Caylen in January 2015. Working together, the two friends posted a number of challenge videos and skits onto their page, which quickly garnered them a number of subscribers. Within a year, they were getting over 300,000 views a day and had more than 1.8 million fans on their channel.

Since then, KianAndJc has only grown in popularity and success- as of April 2017, they have accumulated well over 2.5 million subscribers and have received more than 300 million lifetime views.

With Sam Pottorff, Lawley later created a third channel called Kiansam13. Consisting mainly of vlogs, it eventually reached the 300,000 subscriber mark by July 2014. At the peak of its popularity, the page was getting an average of over 25,000 hits a day. Much to the dismay of fans however, the two friends haven’t updated the channel since 2013. Despite that, their page still have over 378,000 subscribers.

With all that he has going for him on Youtube, it’s hard to imagine that Lawley hasn’t earned himself a pretty pay check from the site. Generally speaking, users are paid anywhere from $2 to $5 (depending on their content, audience and location) for displaying ads on their videos. Of course, only a portion of the total views can be monetized- this is generally around the 40% to 60% mark.

Obviously, his other two accounts are also capable of earning money through Google’s partnership program. Combined, the two channels (e.g. KianandJC, KianSam13) have over 346.2 million video views- which is in fact, ever more than what SuperKian13 has. Doing the same calculations, we end up with earnings of at least $276,000. Not too shabby for some passive income!

On top of his Youtube, Lawley also has an impressive following on Instagram- 4.3 million, to be precise. A “social influencer”, that is, someone who has a large audience and credibility on a social media platform, he is often contacted by brands and companies who are interested in having him endorse their products. On average, it’s not uncommon for a celebrity to be paid a few grand (sometimes even more, depending on the company) for such a campaign. Having said that, it’s hard to stay how much exactly he has earned from the app, as this kind of information is almost never revealed to the public.

For fans who’s like to own some memorabilia, Lawley has also set up an official store through Districtlines, where individuals are able to purchase an array of items. Looking at the online shop now, the products range from beanies to crewneck sweaters. As far as prices go, they range from $24.99 for a t-shirt to $59.99 for a beanie and sweater bundle.

Aside from his online career, Lawley also has a few things going for him offline. For instance, he’s performed on stage numerous times over the past few years; in 2014 alone, he travelled and entertained crowds at nineteen different venues- most of were part of O2L’s 2014 DigiTour. Naturally, the star would have received a considerable booking fee for each event.

As hard as it may be to believe, the teen has also managed to break into Hollywood in the last couple of years. In 2015, he made his big screen debut in the horror thriller, The Chosen, where he starred alongside Angelica Chitwood, and Elizabeth Keener. From there, he played one of the lead protagonists in the drama film, Shovel Buddies (2016).

Later that same year, he appeared in the TB series, Noches con Platanito (2016), after which he made a couple of appearances in the horror movie, Boo! A Madea Halloween (2016) and in the film short, The Youtube Killer.

Currently it is estimated that Kian Lawley has a net worth of $2 million. From what we’ve said earlier, it can be seen that most of his wealth came directly from the success of his three Youtube channels, all of which have yielded him a considerable amount of passive income throughout the years. Of course, his earnings have also been supplemented by what he’s received from his tours, live shows, and more recently- film appearances.

Seeing as how he’s managed to snag a couple of lead roles on Hollywood, despite his lack of experience per se, it wouldn’t be all too surprising if he were to score more parts- either on television or film, in the near future.

From what we can tell, the Youtube sensation recently broke off his relationship with girlfriend, Meredith Mickelson, after the two allegedly unfollowed each other on Instagram and Twitter. Although they haven’t officially announced their breakup, it’s hard to imagine what else could have sparked such an action.

Previously from 2013 until 2014, he was dating Andrea Russett, who happened to be one of his friend’s ex-girlfriends. At one point during the early 2010’s, he was also romantically linked with Jennifer McAllister.

Does Kian Lawley Have Any Children?

No, Kian Lawley does not have any children that we know of.

Did Kian Lawley Go to College?

From what we can tell, Lawley did not attend college after graduating from high school. Considering the amount of success that he has on Youtube however, who can blame him?

Much to the dismay of fans, Lawley has never disclosed any details regarding his residence. Having said that, we do know that he currently lives with his friends Jc Caylen and Joseph Hernandez in Sherman Oakes, California.

Unfortunately, we do not have any pictures of Kian Lawley’s house to share at this time.

What Kind of Car Does Kian Lawley Drive?

The last that we’ve heard, Lawley was driving a silver Range Rover.

In just a few year’s time, Kian Lawley has made himself to be one of the most popular personalities on Youtube. Known for his comedic videos, he has since amassed over six million followers across all of his channels.

For his work, he has received two Teen Choice Awards for the categories of Kelp Youtube and Choice Youtube. In 2016, Lawley was also nominated for a Streamy Award for Entertainer of the Year.

But that’s not all, the 21-year-old also managed to land himself a lead role in the 2015 film, The Chosen, which also served as his movie debut. Since then, he’s also appeared in the titles Shovel Buddies (2016), and Boo! A Madea Halloween (2016). In 2014, he also made a guest appearance in the TV series, Teen Wolf.

Speaking of movies, Lawley also co-starred in the teen drama film, Before I Fall, which hit theatres on March 3, 2017. Relatively successful for a low budget film, it ended up grossing $14 million at the box office.

As far as other acting roles go, he’s also appeared in the television seres series, H8TERS (2017), and Zac and Mia (2017), the first of which also stars his best friend, Jc Caylen.

After taking a prolonged break from his main Youtube channel, he also uploaded a new video, “Bethany Mota Does My Make Up!!” last week.